Take Me Back, Tokyo 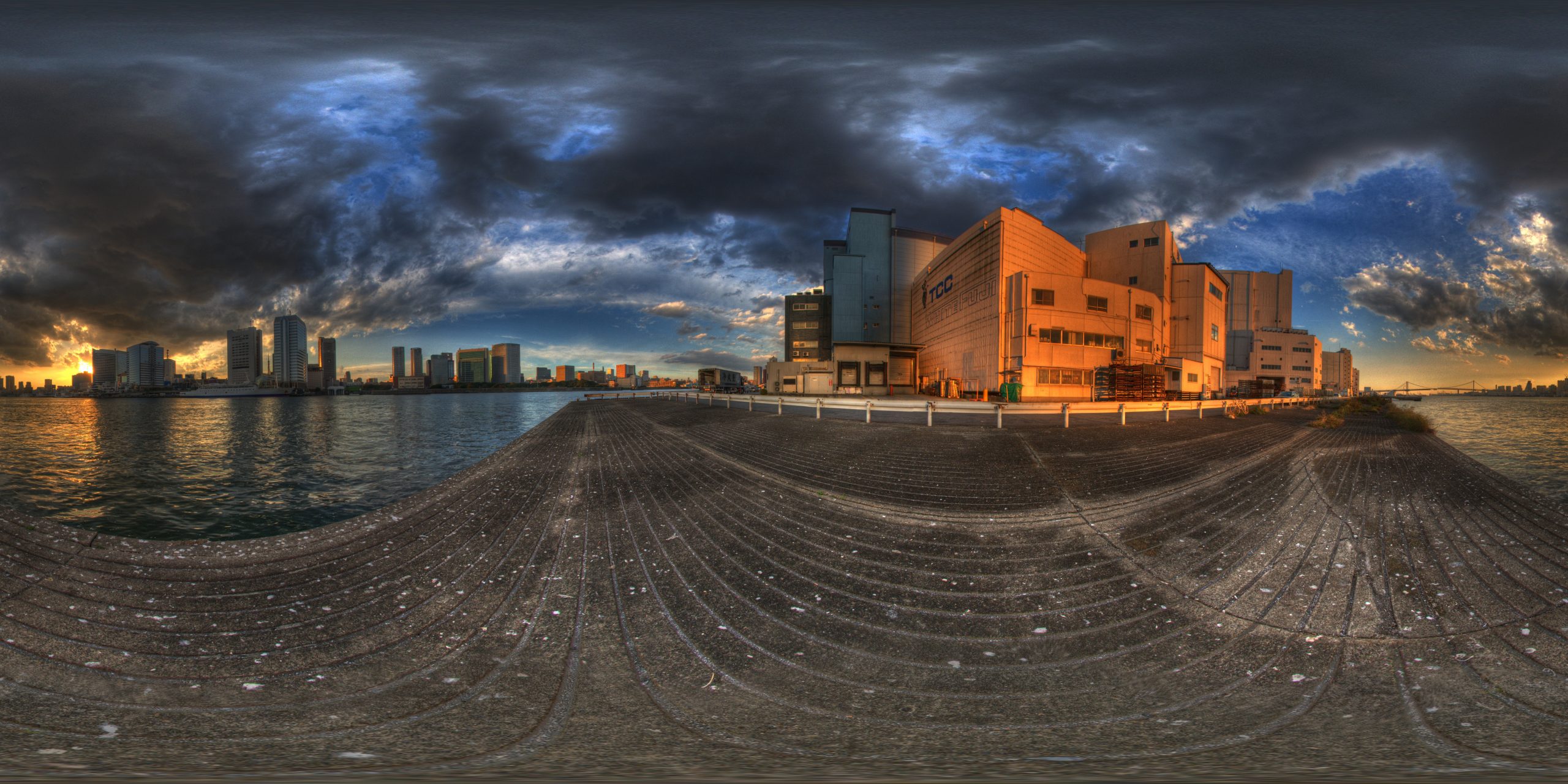 This octagonal pagoda, Bentendo, overlooks Shinobazu Pond in Ueno Park and is dedicated to Benten, the Shinto god of wealth and art. Even non-Shinto Japanese often participate in Shinto festivals and traditions as a way of recognizing their national heritage. Photo by juank.madrigal

As you look out from the top floor of almost any skyscraper in Tokyo, all you can see is city. It’s a dizzying experience, like looking out over the ocean. The city seems to go on forever, disappearing into the horizon. With a population of more than 36 million, Tokyo is the largest metropolitan area in the world and the only place in Japan where the population grows more year by year.

No matter what you’re looking for, you can find it here. The diversity of Tokyo makes it everyone’s city. But it can also leave visitors completely overwhelmed as they try to figure out where to start.

Fortunately though, if you take the time to understand it, Tokyo has a clear structure. Smaller cities or “wards,” each with neighborhoods all their own, make up the bigger metropolis. After living in Tokyo for a year, I realized that dividing the big city into its most distinctive neighborhoods is the best way to experience it. Instead of losing time rushing around, you can wander through each neighborhood and savor that slice of Tokyo for as long as you want before moving on to the next.

The monotony of an urban jungle can be overwhelming. Taishō, the emperor of Japan in the early twentieth century, must have known this when he gave Shinobazu Pond and the park that surrounds it as a gift to Tokyo. Ueno Park sits in the center of Taito ward, where a statue of Saigō Takamori, a famous Japanese samurai who fought for Ueno long ago, protects it still. The park is home to both the Tokyokan Japanese National Museum and the famous Ueno Zoo.

The oldest zoo in Japan, Ueno Zoo is worth a day on its own. Even if you’ve seen your share of zoos, chances are you’ve never seen two giant pandas sitting on the floor like babies as they are fed. The pandas, Riri and Shin Shin, were new additions to the family in 2011, after the original panda, Ling Ling, died of old age in 2008. These two young pandas are fun and energetic; they’re both only six years old. The pandas were given to Ueno Zoo by China as a symbol of Japan and China’s friend- ship since World War II.

Venture to the Tokyokan, a national museum just outside the park, to learn more about Japanese history and culture. Many artifacts of old Japan have been lost, so this collection is a precious reminder of Japan’s past. Take an afternoon and learn to appreciate Tokyo’s ancient roots. Admission is only 400¥ (approximately $4) for university students and only a little more for other adult guests.

Come to Ueno in early April during cherry blossom time and be a part of ohanami (flower watching). This Japanese pastime embodies Japanese tradition and entertainment. Families sit together on small blankets by the pond under the cherry blossoms and eat their lunches from bentos (Japanese lunchboxes). It’s a time to reflect on the magic, bask in the beauty of nature, and celebrate Japan. Even if you don’t know how to make your own bento, you can buy bento lunches at many grocery stores and enjoy this peaceful tradition.

In its history, Tokyo has been almost burned to the ground a fair number of times. But what’s more surprising is how well it has recovered. The only indication of this charred history is the decided lack of historical buildings throughout Tokyo.

In most of Tokyo, everything is bright and new, a quality that’s become almost a tradition of its own. But in this small section of Taito ward, you can find the remnants of old Edo, the historic capital of Japan. The Asakusa neighborhood is home to Sensoji Temple, the oldest temple in Tokyo, which is a huge tourist attraction. If you start at the Kaminarimon Gate, you’ll be led down Nakamise Dori (Nakamise Street), a street of tourist vendors. The festive atmosphere is characteristic of the Japanese, who practice religion primarily through celebration. Walking on, you’ll have to leave the celebration behind to reach Sensoji Temple.

But don’t stop there. Give yourself time to wander around the neighborhoods. It’s like traveling back in time as the streets get smaller and smaller. You’ll discover little shops, homes, and restaurants tucked between the bones of the city. Not all tourists go this way, but this route is a nice break from the bustle of Nakamise Dori, and it allows you to feel the history of this extraordinary section of Tokyo. If you’re really up for an adventure, wander over to Ramen Menmaru restaurant for some authentic Japanese ramen, one of Tokyo’s cheapest and most popular dishes.

Ever heard of Harajuku girls? Perhaps you’ve just seen pictures of Japanese youth in outrageous costumes. Though you may be disappointed to find that this isn’t the way most Tokyoites dress, this unique style can still be found in Harajuku, a small but intoxicating neighborhood in Shibuya.

Harajuku is concentrated into a couple of streets and, of these, Takeshita Dori is unique. Cars aren’t allowed here because young high school and college students overrun the street most days. But just because Harajuku is full of teenagers doesn’t mean you can’t enjoy it as an adult. The bizarre costuming stores show a side of Japan you can’t find anywhere else. Plus it’s a great place for food: a variety of stylish cafes line the street, and the sweet and savory crêpes sold from small stands on the street are incredible.

My favorite place, a restaurant named Harajuku Gyoza Lou, is a couple of blocks from Takeshita Dori. At peak times, there are more people in the queue outside than in the restaurant itself. But if you wait to get in, you won’t be sorry. It’s packed for a reason. As you sit at a counter in the small kitchen, your food is made before your eyes. The menu is unsophisticated—only gyoza (dumplings), rice, and pickled vegetables—but it’s the best gyoza I’ve ever had. Best of all, each plate of five is only a few dollars, so go crazy.

Harajuku and Shinjuku are great places for regular shopping too. Unlike Ginza, where the stores are so posh that the average traveler could never afford anything, these are fashion centers for the young. When you get bored, take a photo break. Futuristic photo booths tucked into corners all over Harajuku take snap- shots that you can draw all over and print out into stickers—a memory no Japanese schoolgirl would go without. Harajuku also boasts the biggest souvenir shopping center in Tokyo—the Oriental Bazaar—only a couple of blocks from the end of Takeshita Dori.

If you want a taste of technological Japan, Akihabara, the electronic center of Tokyo, is the place to be. Lately many comic book stores and video stores have also popped up all over Akihabara. You can go to the big stores and browse through all the new electronics. But if you want a really good deal, you have to be a bit more adventurous. Behind the fancier stores are large buildings with smaller vendors packed into every nook. It’s an offbeat maze where you’ll probably get lost at least once, but you’ll find your way out eventually. Most of these vendors sell something electronic: TVs, cameras, even wiring. Others sell everything from anime action figures to costuming.

If you want anything—from a Japanese camera to a denshi jisho (Japanese electronic dictionary)—you’ll get the best price by bartering, which is considered fair game at the little shops and even in some large department stores. Make sure you’ve done your research, though. When looking for a camera, I named a price that was apparently so low it was insulting, and the seller refused to barter anymore.

Luckily, later on that day, I had learned enough to get a spectacular deal on exactly the model I wanted.

Chuo, the central ward in Tokyo, holds the most expensive shopping district, Ginza. Chuo is also a great place to find traditional Kabuki theater. But its real treasure is sushi. In Tsukiji, another of Chuo’s neighborhoods, ships unload half-ton tuna at the insane hour of 3 am and stop at Tsukiji fish market. You shouldn’t have to arrive until 5 am, but don’t wait much longer than that.

The ambiance is something between a fish slaughterhouse and an open market. On the outskirts, there are booths where tourists can buy fish-related merchandise, but farther in are booths with the fish itself. You’ll see men with buckets of fish picking up their wares one at a time by the fins, lopping off each fish’s head with a cleaver, putting the fish on ice, and then moving on to the next. Luckily, not everything is this gruesome. If you make it to the back, there are hundreds of flash-frozen tuna laid out on the ground. You’ll be asked to stay away from the fish auction, where chefs from top sushi restaurants from around the city come to buy their fish. But watching from a distance is just as interesting.

You may never get the chance to taste fish this fresh again. You can go to Sushi Dai (right outside the fish market) or to one of the four Edogin Sushi locations in the city. These restaurants are famous for their fresh sushi and are reasonably priced, especially at lunchtime. But if you’re really adventurous or just really frugal, you can buy fish straight from the vendors at the fish market, who often offer samples and incredible prices on freshly cut fish.

If you ever find yourself staring out over Tokyo, don’t get seasick. Tokyo certainly can be visited in a day—and maybe that’s all you have. But to truly learn to appreciate this city, you have to examine it piece by piece. Tokyo isn’t one place or one memory. It is the photo booths in Harajuku, the cherry blossoms in Ueno, and the bartering in Akihabara. Tokyo’s diversity makes it the iconic city that it is.