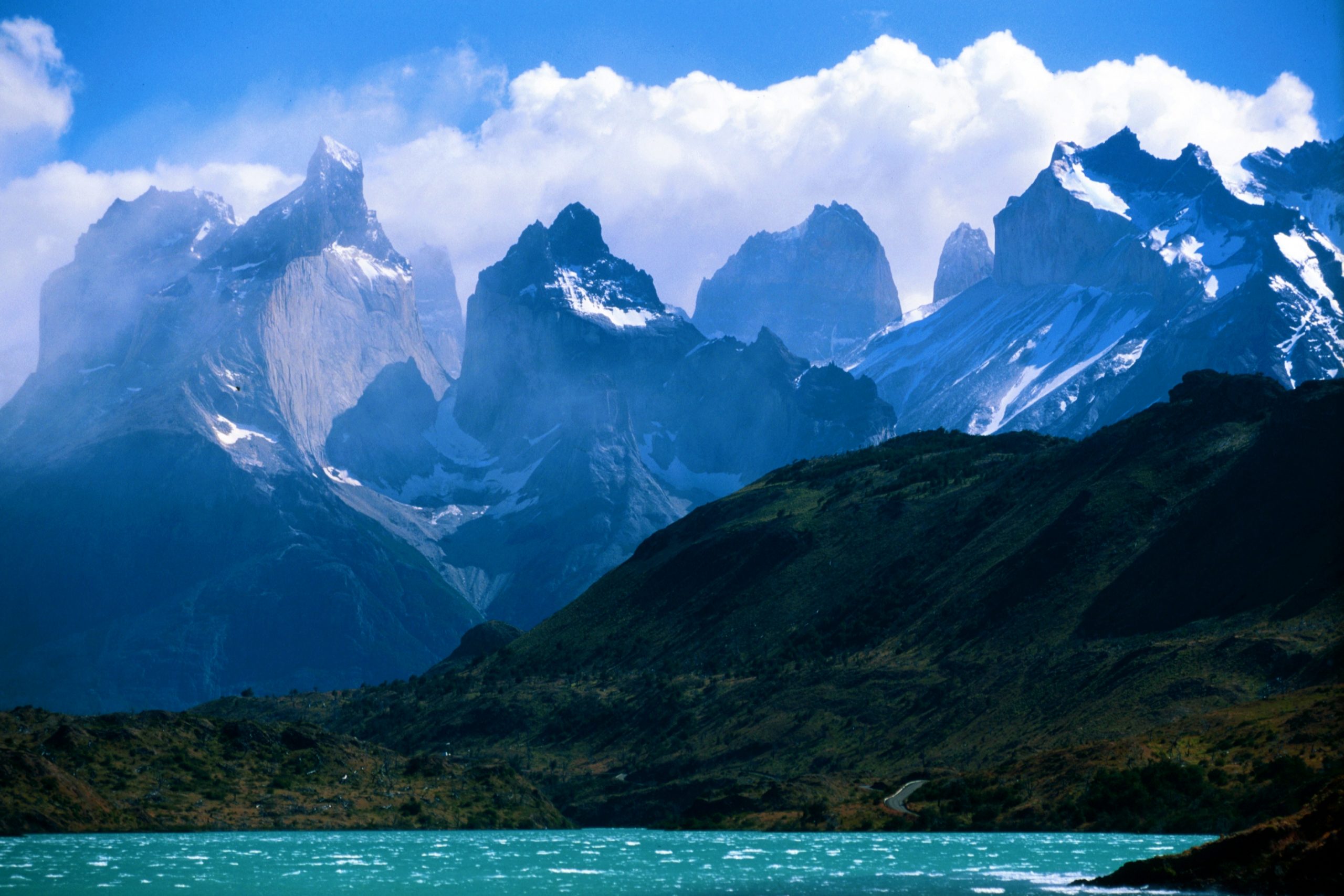 Patagonia remains somewhat of a mystery to many world travelers, and at the same time serves as a symbol of the extreme in world geography. In his book Patagonia Revisited, travel writer Bruce Chatwin sums up the mystery of this largely unfamiliar region: “Since its discovery by Magellan in 1520, Patagonia was known as a country of black fogs and whirlwinds at the end of the habited world. The word ‘Patagonia’ lodged itself in the Western imagination as a metaphor for The Ultimate, the point beyond which one could not go” (p. 7).

Patagonia encompasses the southernmost region of Argentina and Chile in South America—the enigmatic deep south of the world, including the tempestuous Tierra del Fuego. There must be a reason that “Patagonian,” as Chatwin notes, has been used as “an adjective for the outlandish, the monstrous, and fatally attractive.” Patagonia has attracted some of the most adventurous world travelers with its remote wildness and natural extremes.

Patagonia has a variety of geographic features, from vast steppes and plains to towering fjords and glaciers. It is home to a variety of climates and ecosystems, the amalgamation of which gives it a distinct character from the rest of the world.

Torres del Paine National Park in Chile brings together some of the most distinctive natural features of Patagonia, making it the ideal place to introduce the traveler to the rare beauty that this part of the world has to offer. As a UNESCO World Reserve site with scenery on par with that of iconic sites like Yosemite, it’s one of the most alluring destinations in the world for the adventurous outdoors enthusiast.

The park is dominated by the Paine group of mountain peaks, which form part of an eastern spur of the Andes mountain range. This includes the Torres del Paine themselves, a set of monolithic towers of granite, as well as the Cuernos (horns in Spanish) del Paine, a set of uniquely rugged, curved peaks which stand out as some of the most iconic imagery in all of Patagonia.

Torres del Paine is also known for its impressive glaciers, which are part of the Southern Patagonian Ice Field. The ice field is the second-largest in the world outside of the polar ice caps and is notable for its accessibility and low altitude. One of the most prominent of the glaciers is Grey Glacier, which you can see up close on a boat tour of Grey Lake. The broad, deep-hued lakes of the park are all impressive, particularly Nordenskjöld Lake and Pehoe Lake, which add dramatic contrast to the scenery of the peaks that tower above them.

The park is also home to a number of exotic species. One of the most ubiquitous and famous residents is the guanaco, a large mammal related to the llama and the alpaca. Another is a flightless, ostrich-like bird called the rhea.

The distinctive angles of Los Cuernos del Paine make up some of the most iconic imagery in Patagonia. Photo by Bernard Gagnon

The best way to experience the breadth and variety of the park’s scenery is a multiday hike. The most popular route is the 55-kilometer “W” circuit, which can be hiked in four to five days. This hike, which follows clearly defined trails and doesn’t involve a great deal of climbing, is easily manageable for adventurers who are comfortable with making the outdoors their temporary home. This hike affords close-up views of some of the major features of the park, including Los Cuernos and Grey Glacier, plus all the varied landscapes that can be found in between—deep forests, colorful meadows, and exotic wildlife.

The “W” circuit also winds through French Valley, which many visitors feel is the most beautiful part of the park. The top of the valley is formed by a cirque of tall cliffs topped with glaciers that tower over the lush green landscape below. One blogger at lastorres.com explains that “a verbal description can’t give you a complete image and atmosphere of that place. All around are glaciers hanging out of mountain peaks, and down below lakes, trees, rivers cascading down the valley walls.”

If you aren’t inclined toward the rigors of backpacking, don’t let that discourage you from visiting Torres del Paine. There are shuttles to different parts of the park and plenty of day hikes that offer great views of the many features of the park. But if you are up for a more rigorous adventure, you can find a more comprehensive trek around the park in the complete Paine Loop, which is 100 kilometers long and can take nine to ten days to complete.

The climate of Patagonia is known to be harsh for much of the year, so the ideal time of year to enjoy Torres del Paine is during the summer months of November to April. Even in the summer months, you should be prepared for inclement weather, drastic fluctuations in temperature, and lots of wind. In the peak season around January and February, the park receives about five thousand visitors a day and the camps can get pretty full. So if you want to avoid the crowds, come earlier or later in the season.

Guanacos are some of the largest wild mammals in South America. Their wool is highly valuable; it is almost as soft as cashmere. Photo by winkyintheuk

The entrance fee for the park is about US $14 per person, regardless of how long you stay. Once you are in, you have two lodging options for the camps along the trail. You can camp in tents for about $7 per night. Campfires are forbidden, as there have been several incidences of wild- fires caused by negligent visitors.

The other option is the refugios, or “lodges,” which are available at most of the camp locations. Staying in these lodges requires a reservation and is considerably more expensive than camping in tents. But it can be a much more welcoming option when the weather turns rough. They also serve hot meals, but they are not cheap. Trekkers will find the refugios to be a pleasant, albeit much more expensive, alternative to roughing it in the traditional way.

Hiker George Kalli explains how the environment at the refugios and camps added another level of enjoyment to the experience of Las Torres del Paine: “While completing the 10-day Circuit hike, there were a few other hikers who ended up having similar itineraries as us. Having common areas to hang out, eat, and cook made it easy to get to know our fellow international hikers quite well. Sharing this adventure with our new friends was my favorite part of the hike.”

However you choose to experience the park, make sure you give yourself plenty of time to take in the depth and breadth of its beauty. Los Torres del Paine is the ideal gateway into the mystery of Patagonia and certainly one of the most exciting outdoor adventures you will find anywhere in the world.