From Wright Brothers to Wi-Fi 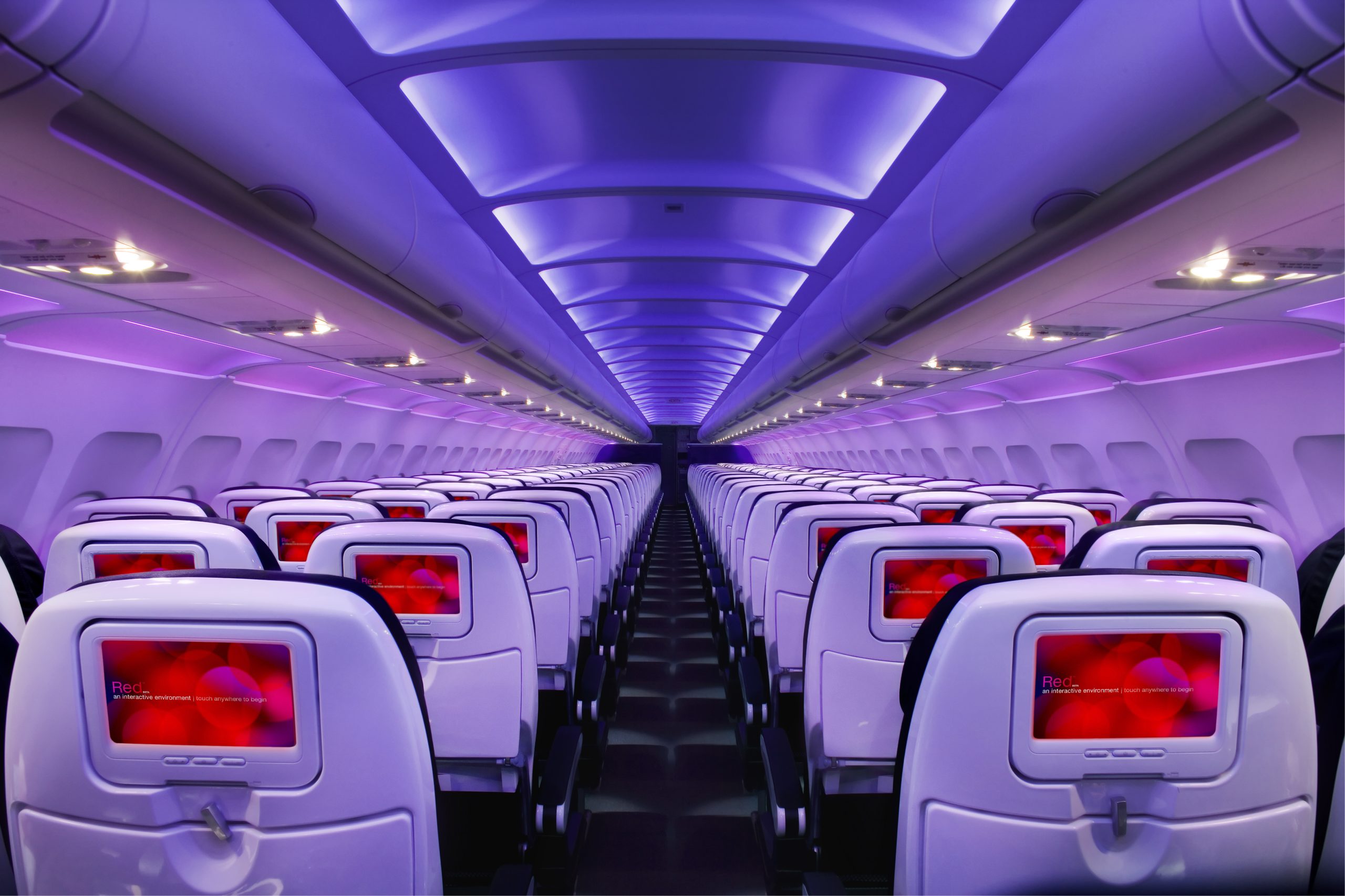 From the time Orville and Wilbur Wright left the ground for a mere five minutes in 1903, flying has mesmerized people around the world. And it’s understandable. Who doesn’t want to soar over snowcapped vistas, view the world’s remote islands from above, or travel to and from Europe in record times?

Flying via airplane is a sight and speed humankind hadn’t experienced until 109 years ago, and the history of commercial flying is as speedy as flight itself. Now flying is available to more people across the globe, and it’s more luxurious than ever—which is far from where commercial flying began.

In the beginning, commercial flying was the bare essentials. Large planes were originally built for military purposes before being used for mail carrying and luxury transportation. With the introduction of commercial flights, flying quadrupled in the late 1920s. After the two world wars, planes were often converted or altered for passenger and freight use.

In the 1950s and ’60s, jet airliners, named for their jet engines and long-distance-travel capabilities, dominated the flying scene. And with these new planes came a new highbrow culture. Perks added to the flying package included such amenities as personal assistance, female stewardesses (who were actually first introduced by Boeing in 1930 and were required to be registered nurses), wine and beverages, and the first routes to international cities.

The 1970s brought a change in regulation. When the Airline Deregulation Act was passed, the government could no longer restrain airlines’ fares, routes, and innovation. With this act, a new competitive market emerged and modernization literally took flight.

Americans saved billions of dollars in traveling because of this change, though companies visibly began to struggle. While Americans now fly more than ever, airfares have increased by an average of $86 in the past 15 years, according to the Bureau of Transportation Statistics. Rising fuel and gas prices have created significant pressure on airlines in the past two decades. Recent US budget proposals by the president aimed at deficit reduction have also targeted the flying community by suggesting raising passengers’ flight taxes and fees progressively until 2017.

Over the years, many airlines have folded under financial problems. Pan America went bankrupt in 1991, Trans World Airlines went under in 2001, Continental merged with United in 2010, and American Airlines announced in early 2012 that it would lay off 13,000 employees to improve its financial situation. “These are painful decisions,” CEO Tom Horton said in a news release, “but they are essential to American [Airlines]’s future.”

Many airlines like Delta are installing new features for business elite and coach. Delta plans to have all new interiors in its 747s by October 2012. Photo courtesy of Delta

Though some airlines have folded because of economic woes, flying is still ever-present in modern culture. The obsession with airplanes has persisted. The time when businessmen and wealthy adventurers were the only ones to enjoy the benefits of air travel is long gone.

Today, flying is a common mode of transportation and even a source of recreation. College student Kyle Kirn, who aspires to get his own private pilot’s license, made flying a central part of his prom date during his high school days in Alaska. “A friend offered to take me on a ride in his small plane,” Kirn say. “So I asked him for this favor. In small planes you get high enough to see your surroundings, but you’re not in the clouds. The whole picture of Anchorage was below us. We flew over a field where I had painted the question in the snow asking her to prom.”

With innovation and development, small planes and private licenses are more available to aspiring pilots. Before small personal aircrafts, people were unable to travel to remote places. “With small aircrafts, we’re able to fly to places in the middle of the Alaskan wilderness or stay at cabins on islands across the inlet,” Kirn says. “The only ways to get to many of these places are through flying or snow machines.”

Americans in the 21st century are traveling to more places than ever before, and they’re doing so with the United States’ three main carriers: American, Delta, and United Airlines. While cars still largely dominate domestic traveling, international travel by air has increased, according to the US Department of Transportation.

Though the choice of airlines is not as expansive as it once was, airlines are developing new amenities and services for those seeking old-school luxury with modern-day technology. American Airlines showed off the modern interior of its new Boeing 777-300ER earlier this year, with lie-flat seats in business and first class, increased electronic accessibility throughout the aircraft, and improved fuel efficiency.

With many airlines, such as Virgin America, USB ports and electronic plug-ins are now available at each cabin seat, making it easier to always be plugged in. PC World voted Delta, Alaska Airlines, and Virgin America as the most tech-friendly airlines in 2011.

Malaysia Airlines features a social-network benefit called MHbuddy for its customers using Facebook by allowing them to share their travel plans and itineraries with others and to choose their seats accordingly. KLM, the Royal Dutch Airlines, is reported to be pushing out a similar service this year; dubbed Meet and Seat, this service will allow customers to select seating arrangements based on mutual interests via social media sites like Facebook and LinkedIn. With the rise of smartphones and tablets, many airlines like Delta are offering mobile boarding passes, allowing customers to skip printing altogether. Smartphones aren’t only changing boarding procedures; they’re also affecting in-flight entertainment with the addition of wireless Internet access.

Another recent development in airlines includes Alaska Airlines teaming up with Starbucks to serve its coffee in-flight. United Airlines announced a new program earlier this year called MileagePlus Gift Card Exchange, which will have everyone cleaning out their wallets for old and unused gift cards. This unique program allows members to trade in leftover retail gift card balances for award miles.

One of the biggest adjustments for airline corporations is a new set of regulations enacted by the Department of Transportation requiring airlines to be more forthcoming about miscellaneous fees and taxes in published airfares. The regulations now also allow passengers to cancel reservations within 24 hours of booking a flight with an airline. They also require airlines to notify passengers of delays and cancellations immediately.

As the economy changes and technology makes leaps and bounds, flying will shift to fit the needs of modern America and the rest of the world. New routes are made each year. This year, there are more flights to Hawaii from Washington, DC, and a new route from Johannesburg, South Africa, to Pointe Noire in the Republic of the Congo. Next year, who knows?

The world is ever changing—and flying is too.

Check out these sites for more information on the history  and transformation of flying.