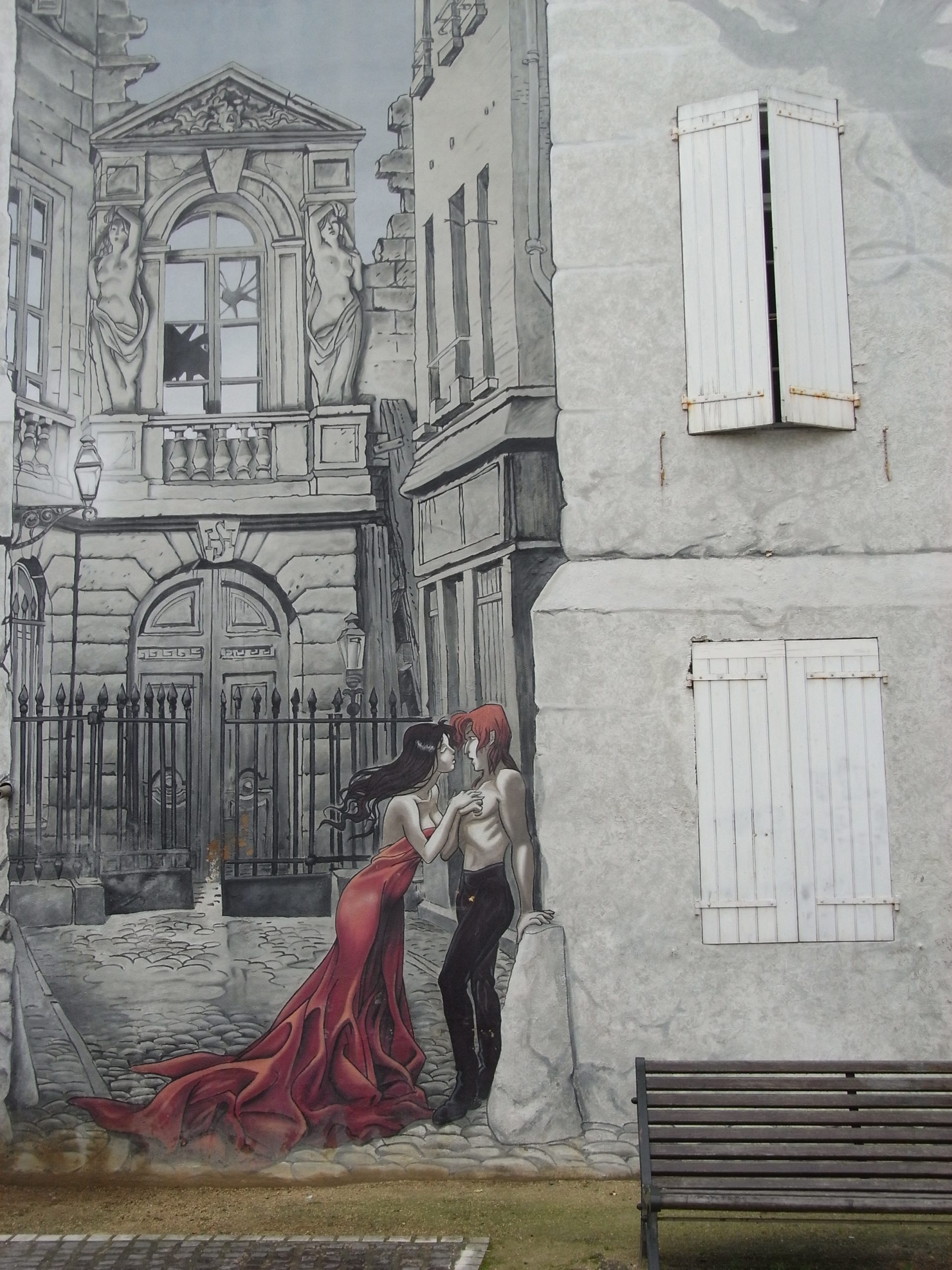 Snails are slimy, sticky, and gross, yet the French are famous for loving their escargot. In one city, images of snails are even painted on the walls.

Throughout Angoulême, France—a city that is more than 2,000 years old—approximately 30 wall paintings celebrate comic-book art. CitéCréation, a company that specializes in large-scale paintings, completed these paintings during a nine-month period in 1998. The artwork has been popular among locals and visitors ever since.

The citywide art project is entitled Les Murs Peints, or The Painted Walls. Some of these painted walls are as large as a multistory building; others are as small as a tennis racket.

Visitors can sit beside this painted wall depicting two lovers. This romantic square is not far from downtown Angoulême and offers a change of pace for travelers. Photo by Phil Hatchard

The artwork celebrates the rich French history of la bande dessinée, or comic books. After a Nazi ban on American comics during World War II, French comics became popular. In addition to just being funny, like the Sunday cartoons, these comics help bring exposure—and closure—to serious topics, like concentration camps.

CitéCréation designed the locations and themes of the painted walls, in collaboration with the Angoulême International Comics Festival, which has been held annually since 1974. A committee decided where each individual painting would go, based on the architecture, atmosphere, and audience of the work.

For example, a romantic mural was painted in a beautiful city square, surrounded by old stone buildings—a likely location to find two people caught in a loving embrace.

Today, comic book art thrives in Angoulême, both in people’s lives and on the walls of their city. A visit to Angoulême will give you a unique artistic experience and increase your appreciation for the artistry of comic books.