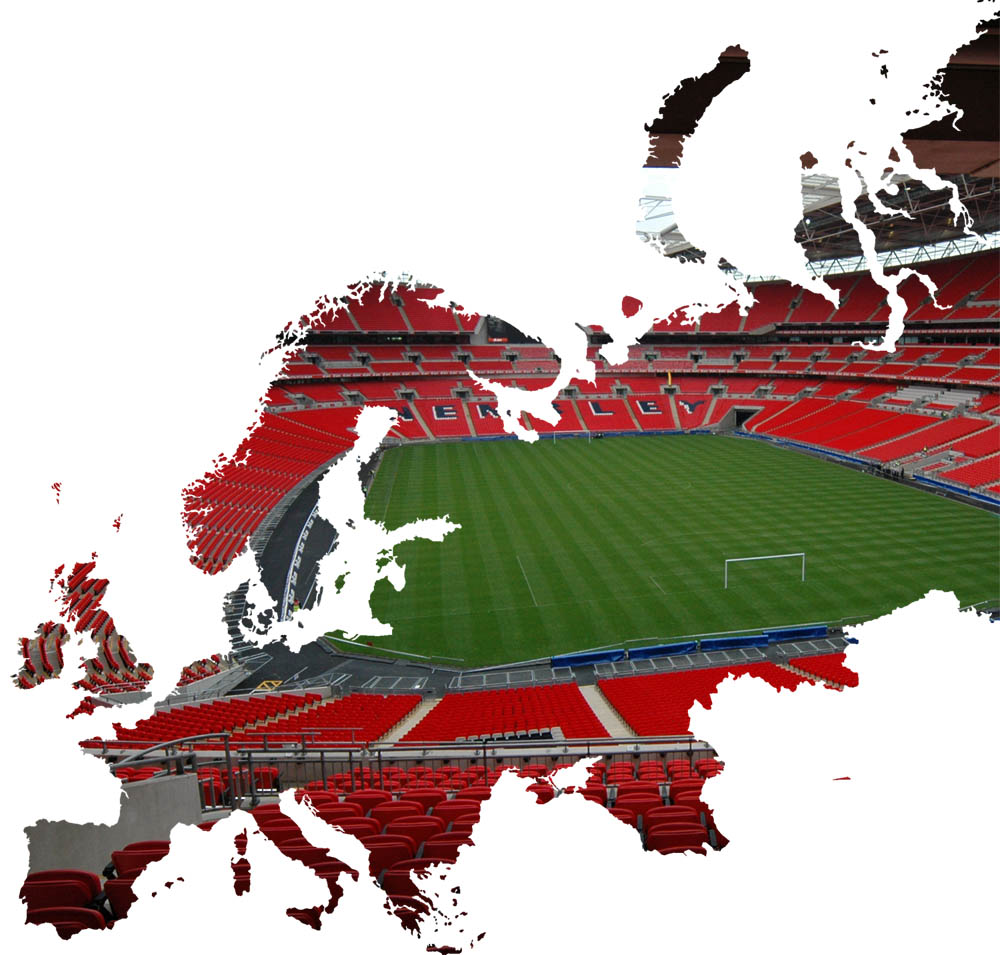 An octopus that predicts the future. Grass-scented toilet paper. When you attend the UEFA European Football Championship, you’re always surprised at the interesting behavior of soccer fans from around the world.

In June 2012, fans from 16 countries in Europe will gather at the championship games of the Union of European Football Associ­ations (UEFA) in Poland and Ukraine. These fans will cheer, jeer, sing, and cry as they support their national teams. Here’s a look at five countries in the tournament—and at the unique and entertaining ways they cheer on their teams.

Since its renovation in 2007, the Wembley Stadium in London, England, can seat 90,000 crazy Lions fans. Photo by Jbmg40

Fans of the Three Lions, the national team of England, have always been passionate. Known throughout football fandom as hooligans, fans of England’s team sometimes turn to violence to express their national pride. But one of their best-loved traditions shows how they come together to celebrate.

During games, fans gather at local pubs to cheer, chant, curse, complain, and watch their Lions play. Pubs unify English fans. On any other day of the week, people who support different clubs wouldn’t be caught dead cheering together. But when those 11 English players take the pitch, only one thing really matters: that you’re English. If you plan on cheering for England during this summer’s Euros, stop by a pub. English fans will be glad to have you.

Les Bleus (the Blues) fans have a flair for the dramatic. While other nations may sing or chant in unison, the French fans take their support to another impressive and highly organized level with tifos. Tifos (an Italian invention) are essentially large-scale banners made up of a mosaic of smaller banners. Each individual fan holds a small banner that makes part of a grandiose design.

The sheer magnitude of these banners showcases the organizational skills and dedication of the French fans, who are willing to work together to display their team pride. To fit in with the French, just find some fans, organize a banner, and create your own tifo.

For a long time, being a fan of La Furia Roja (the Red Fury) meant being disappointed. But in 2008, the Spanish National team won their first major tournament since 1964, making them champions of that installment of the UEFA Euros. Spain followed that success by winning the 2010 World Cup. Fans of the team were so proud that they even gave a nickname to Iker Casillas, the captain of the team: San Iker (Saint Iker).
During the 2010 World Cup, however, another star was rising—but for a completely different reason. Paul the Octopus won international soccer fame by correctly predicting the outcome of every German National team game, including a Spanish victory over Germany. Paul then correctly predicted Spain’s triumph over the Netherlands.

Spanish fans did not forget Paul and his prophetic tentacles. Only weeks after the World Cup Final, Paul was made an official Spanish citizen of the town of O Carballiño and was presented with a silver plaque. In honor of Paul the Octopus, put on that Spanish red and join in.

Fans of the Oranje (the Orange) like to be seen. As their nickname suggests, fans from the Netherlands love to wear the color orange in proud support of their team, whose jerseys are also bright orange. Dutch fans go for theatrics to support the Oranje—men dress as women; fans paint their entire bodies orange. But they don’t just turn themselves orange, they turn everything orange. Everything.

Fans of Die Nationalmannschaft (the National Team) are rowdy and loud as they support their team with pride. As three-time world champions, Germany is a constant superpower in world soccer—something their fans are extremely proud of. But German fans don’t just support their winning team as a whole; they rally behind individual players. Sometimes they even write pop songs about them.

German player Lukas Podolski has an entire song dedicated to him by two popular German singers. With lyrics that reference Podolski’s ability to score goals and humiliate goalkeepers, “Der Lu Lu Lu Lukas” is a catchy tune that manages to stick in your head, even if you don’t speak any German. The song shows the love of German fans for their beloved players, especially the players who make goals. Don’t be afraid to sing along with German fans, as long as it’s loud and proud.