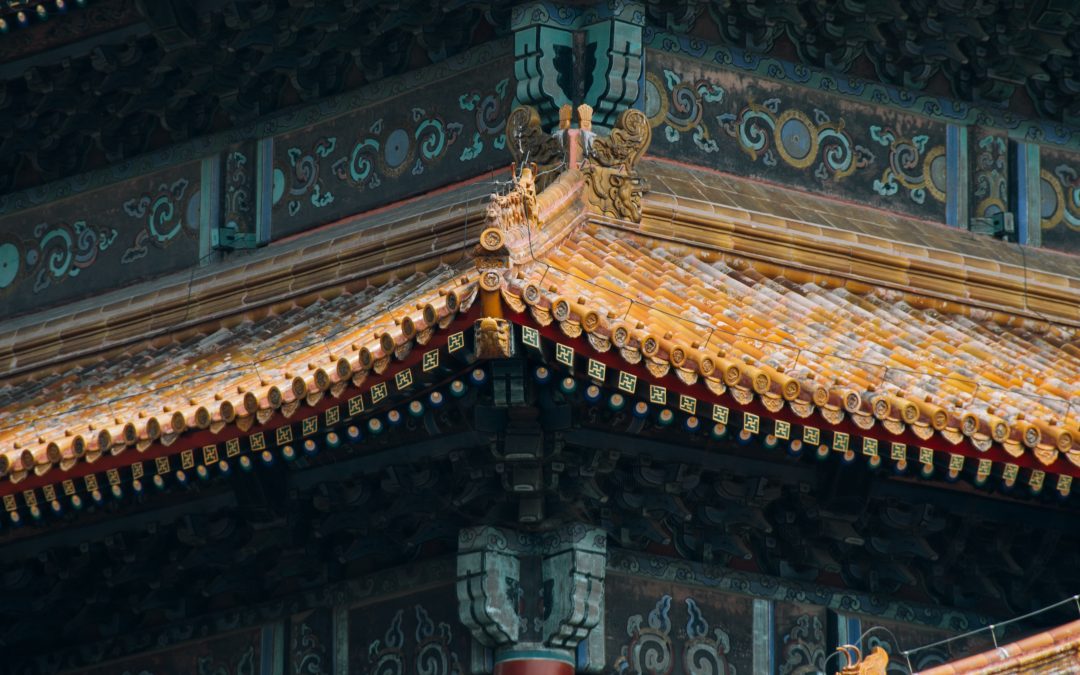 Many countries and religions benefit from these two types of tourism; globally, there is a combined revenue of $18 billion a year. Nevertheless, you don’t need to have a certain type of faith to appreciate these holy places or their surroundings. Anyone can benefit from visiting these sites. Here are eight religious sites around the world that have caught the attention of millions of spiritual seekers.

This beautiful shrine was built to the patron god of the samurai named Hachiman. It was built over 800 years ago but is now dedicated to both the Shinto and Buddhist religions. Shinto, just like Buddhism, is classified as a natural religion. This means that even though Shinto is an established religion, it gives its members more of a code of values and practical beliefs, instead of a set of rules.

Shintoism teaches its believers a determined behavior and respect towards other cultures. This religion also provides followers with the freedom to worship any deity of their choosing; this beautiful freedom is a benefit to anyone that may need a time for spirituality. For this reason, this shrine is open to those who are looking into becoming more enlightened through spirituality.

Lumbini is known as the birthplace of the Lord Buddha, born in 623 BC. This place is considered one of the holiest places in one of the world’s greatest religions: Buddhism. Lumbini is a region with many different monasteries and shrines that people can visit to find spirituality. The main attractions are the Pillars of Ashoka. Pillars are a symbolism of the axis on which the world spins, which is physical evidence of the Buddhist faith. One of the pillars, discovered in 1896, has an inscription that confirms Lumbini is the birthplace of Buddha. This is one of the oldest places where people started to gather to worship; pilgrimages started as early as the third century BC. Lumbini remains one of the main interests in religious pilgrimage and religious tourism, attracting millions of faithful visitors each year.

This beautiful site was designed by the famous architects Donato Bramante, Michelangelo, Carlo Moderno, and Gian Lorenzo Bernini. Construction on the basilica began in 1506 AD and ended in 1626. The consecration was held on November 18, 1616. Catholics believe this is the holy burial site of Peter, the leader of Jesus Christ’s apostles and the first Pope. It is believed that he is buried directly under the holy altar of the basilica.   At over 21,000 square meters, St. Peter’s Basilica is one of the largest churches in the world. This church is where the Pope presides over worship services year-round. It is no question why so many devoted Catholics would visit this holy place. St. Peter’s Basilica is also the home of Michelangelo’s famous sculpture Pietà. 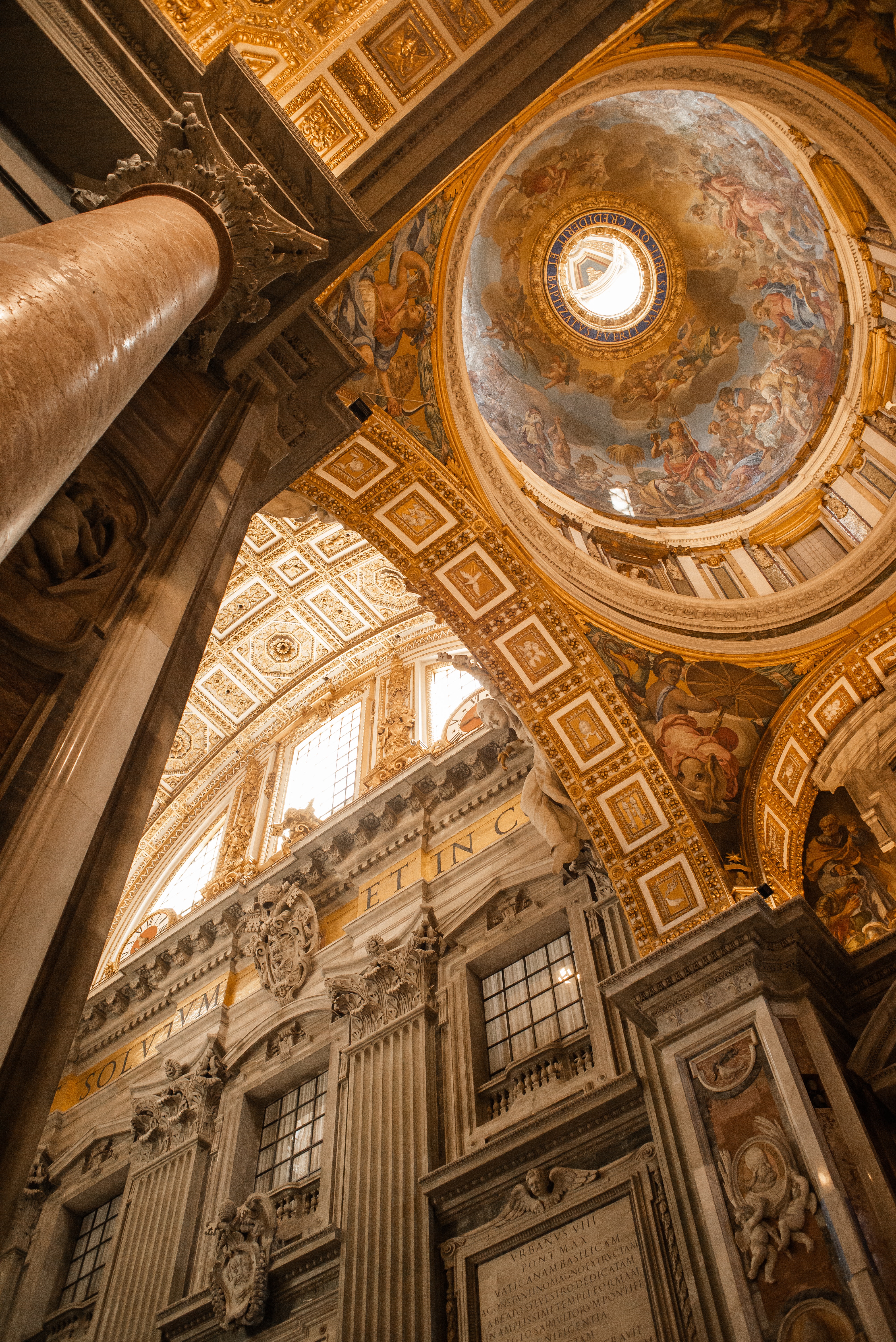 The Basilica of Santa Maria de Guadalupe is a safe haven of the Catholic Church, devoted to the Virgin Mary in her support of Guadalupe, situated at the foot of the Tepeyac Hill.

It is the most visited Marian site (a site devoted to the Virgin Mary) on the planet, and second only to St. Peter’s Basilica for Catholic sites. The Guadalupe Basilica is visited by twenty million devoted Catholics every year. Many of the visitors are expected on December 12, a holiday dedicated to the Saint Virgin Mary of Guadalupe Consistently, the Basilica of St. Mary of Guadalupe has in any event twice the same number of guests as the most popular Marian holy places, making it a remarkable social event and marvel.

The Golden Temple is the most sacred place for followers of the Sikh religion. Most Sikhs visit at least once in their lives, especially during special occasions such as births, birthdays, and marriages. The temple’s architecture is a symbolic representation of Sikh thought; there are four entrances, one on each side, which symbolize the opening of the Sikhs to all religions.

This holy place is open to people of any religion, nationality, sex, color, or race. There are no restrictions to enter, except the observance of the most elementary rules of religious behavior: cover your head, do not wear shoes, dress modestly, be respectful, sit on the floor as a sign of respect for Adi Granth and God, do not drink alcohol, do not eat meat, and do not take drugs. 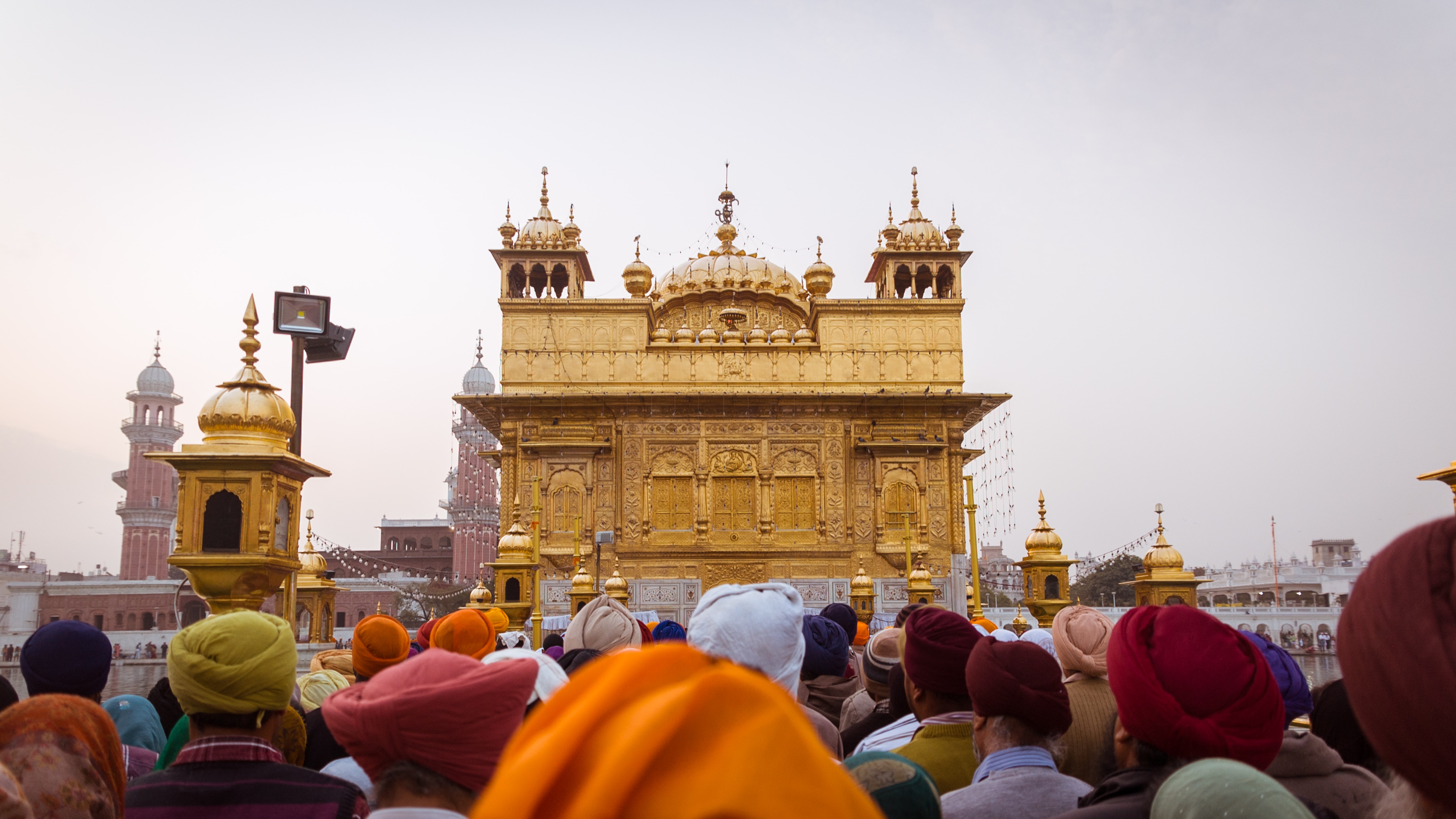 According to the historical record, when Emperor Vespasian’s legions destroyed the Temple of Solomon in 70 AD, only a part of the outer wall remained standing. Following the destruction, General Titus left the wall so that the Jews would retain in their memory that Rome had defeated Judea (hence the name Wailing Wall). The Jews, however, attributed it to a promise made by God, that at least a part of the sacred temple would always remain standing as a symbol of his perpetual covenant with the Jewish people. As a result, the Jews have prayed in front of this wall for the last two thousand years. They believe that it is the second holiest place on Earth to Jews, since they cannot access the interior of the Temple Mount (since 1967), which would be the holiest place on earth.

In any case, the Hebraic prayers in front of the wall are not limited to wailing. It is customary to read the book of Psalms in the Old Testament while visiting this holy place. Also, people bring praises and petitions (oral and written) when they visit, since it is the closest place to God Jews can go to. 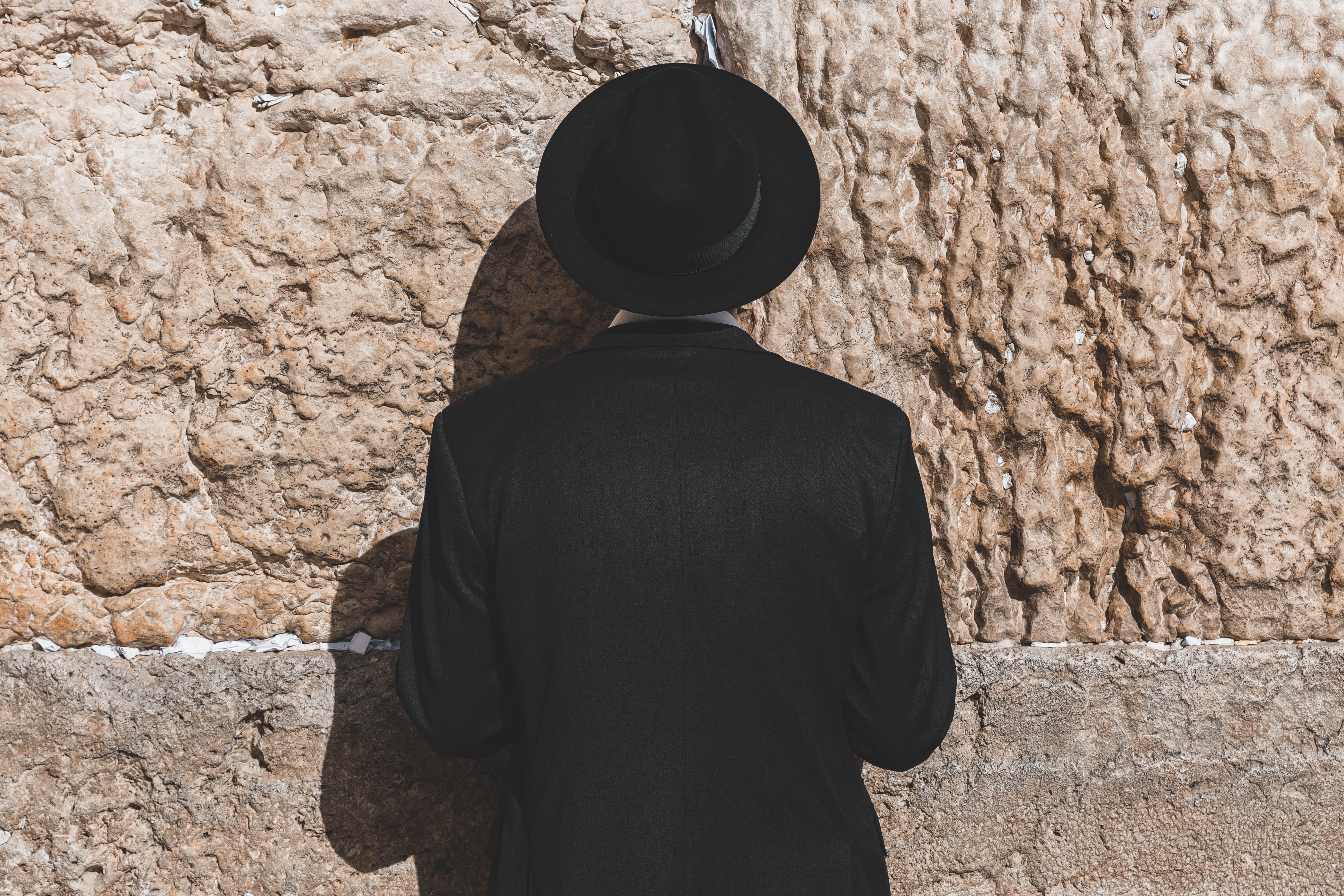 A Jew worshipping at the Western Wall

This mosque is considered the largest center of pilgrimage in the world, located in Mecca, Saudi Arabia, and is the most sacred place of the Islamic faith. About one billion Muslims turn to face it five times a day to pray, in obedience to the precepts of the Koran.

The first mosque in Mecca was built under the orders of Mohammed, who Muslims consider the last prophet and founder of Islam. Initially, the mosque was only 2,000 square meters (about 22,000 feet) and could receive only a few thousand pilgrims. Since then, successive enlargements made the mosque grow to the point of becoming the largest religious enclosure on the planet.

An interesting curiosity is that according to Islamic tradition, in the place where the Kaaba (a black cube-shape building in the middle of the mosque) is located, there used to be a small temple built by the hands of Adam himself, after he fell from paradise, to be the dwelling of Allah on Earth. 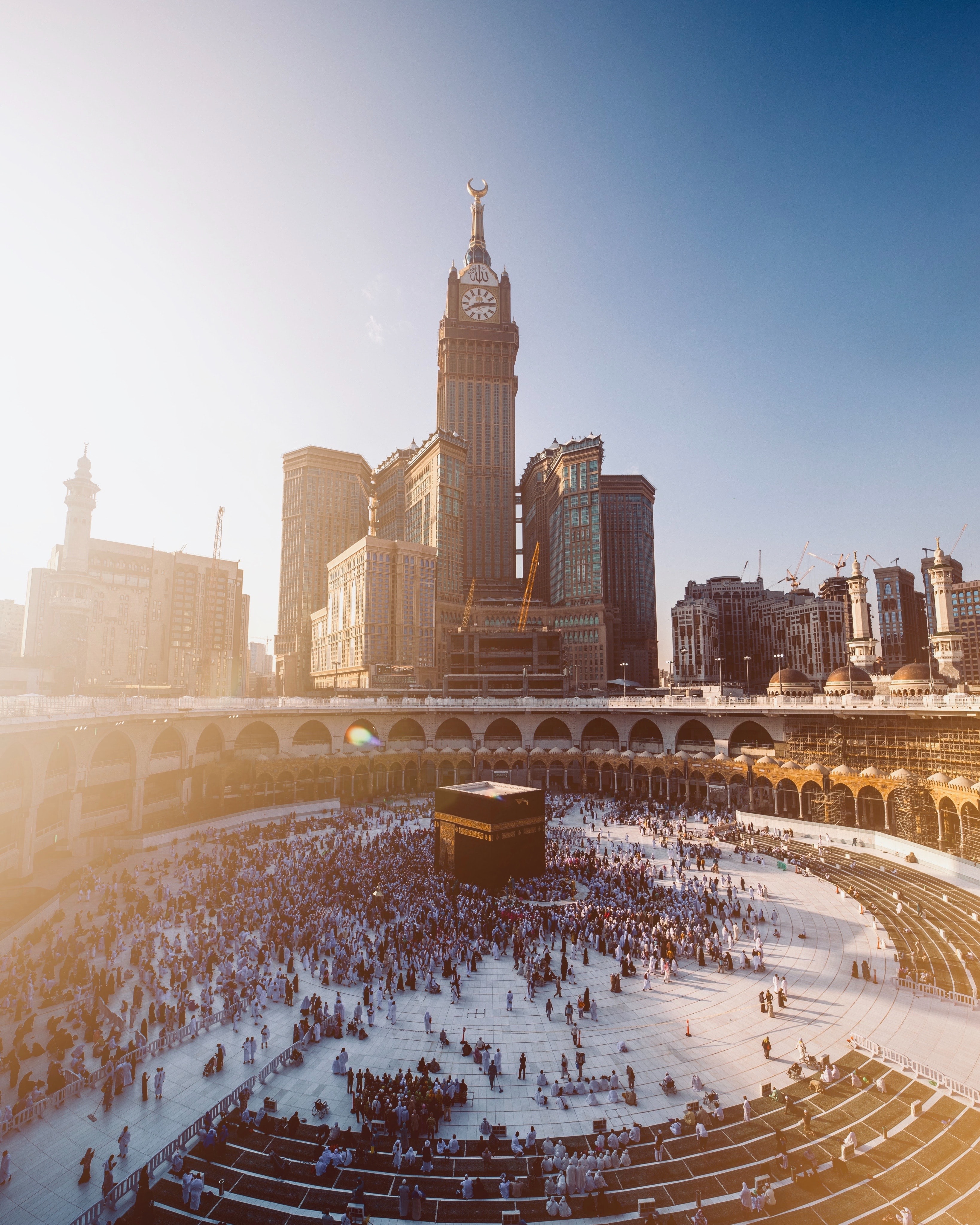 This temple is one of the most famous Jyotirlinga shrines (a holy place dedicated to a God) in the Hindu religion (there are twelve in total). It is located on the banks of the river Ganges, in the city of Benares, in the state of Uttar Pradesh. It is said that this is where Shiva, the highest deity in Hinduism, lives. In the sacred shrine, there is a lingam, a phallic-shaped object made of black stone that is symbolic of Shiva, placed on a square silver altar where people. The place is small but surrounded by numerous subsidiary temples. 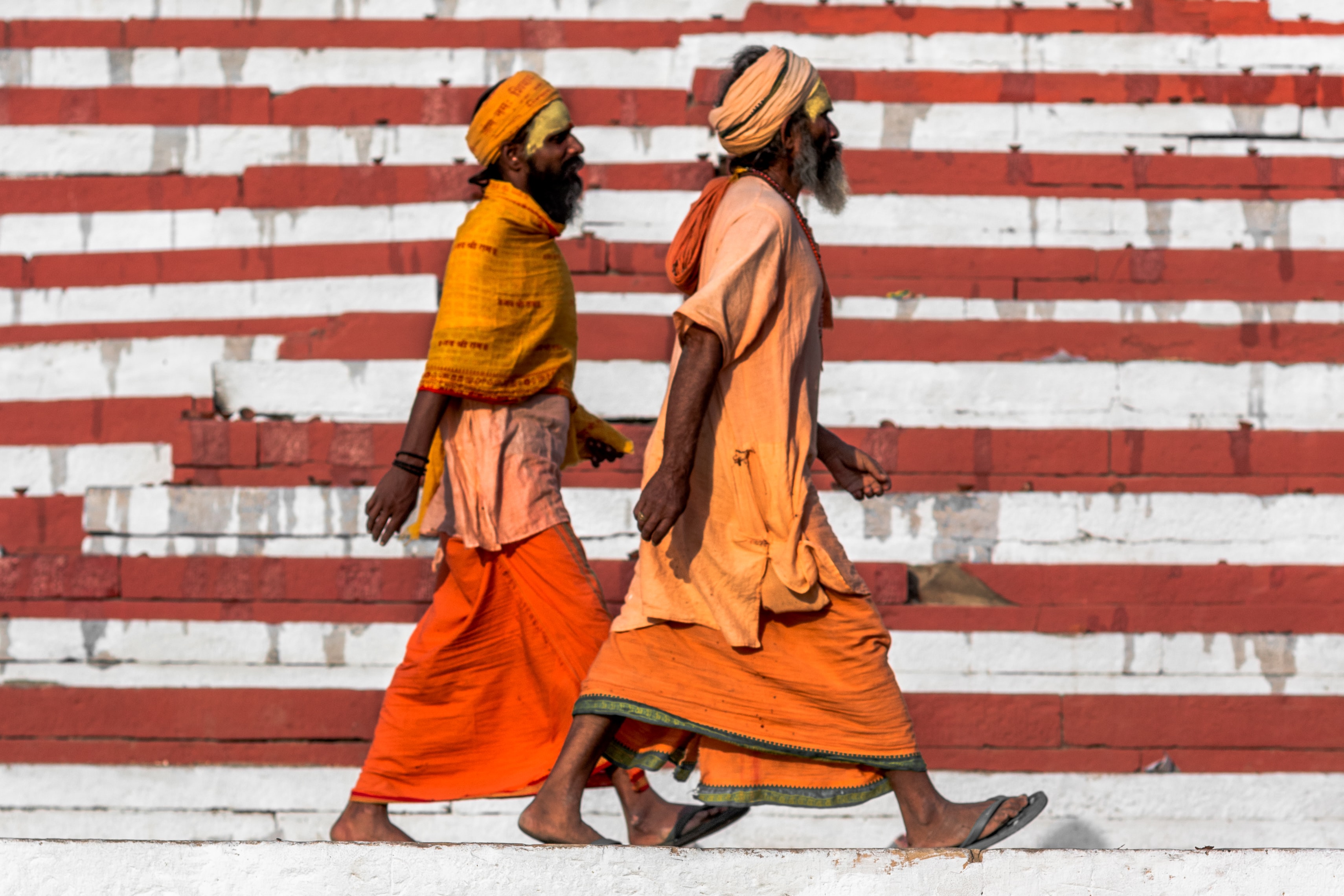 Whether you’re looking for more direction and peace from a being greater than yourself, or just looking deeper into what guides millions of faithful worshippers, these holy places will help you in your spiritual journey. Each site is filled with history, importance, and art. Always remember that these places are active religious sites, so if you plan to visit one, be mindful of the guidelines, and of the faithful pilgrims that accommodate these places so that everyone can have a spiritual experience.