Tucked away in the Blue Ridge Mountains of South Carolina, Lake Jocassee is one of the best-kept secrets of Appalachia. This man-made lake boasts cool, crystal clear water fed by the chilly rivers of the Appalachian Mountains. Where the rivers meet the lake, you can find several beautiful waterfalls, some of which are accessible only by boat. Because of the daily cap on the number of boaters allowed, a private, magical experience on this serene lake is a guarantee. 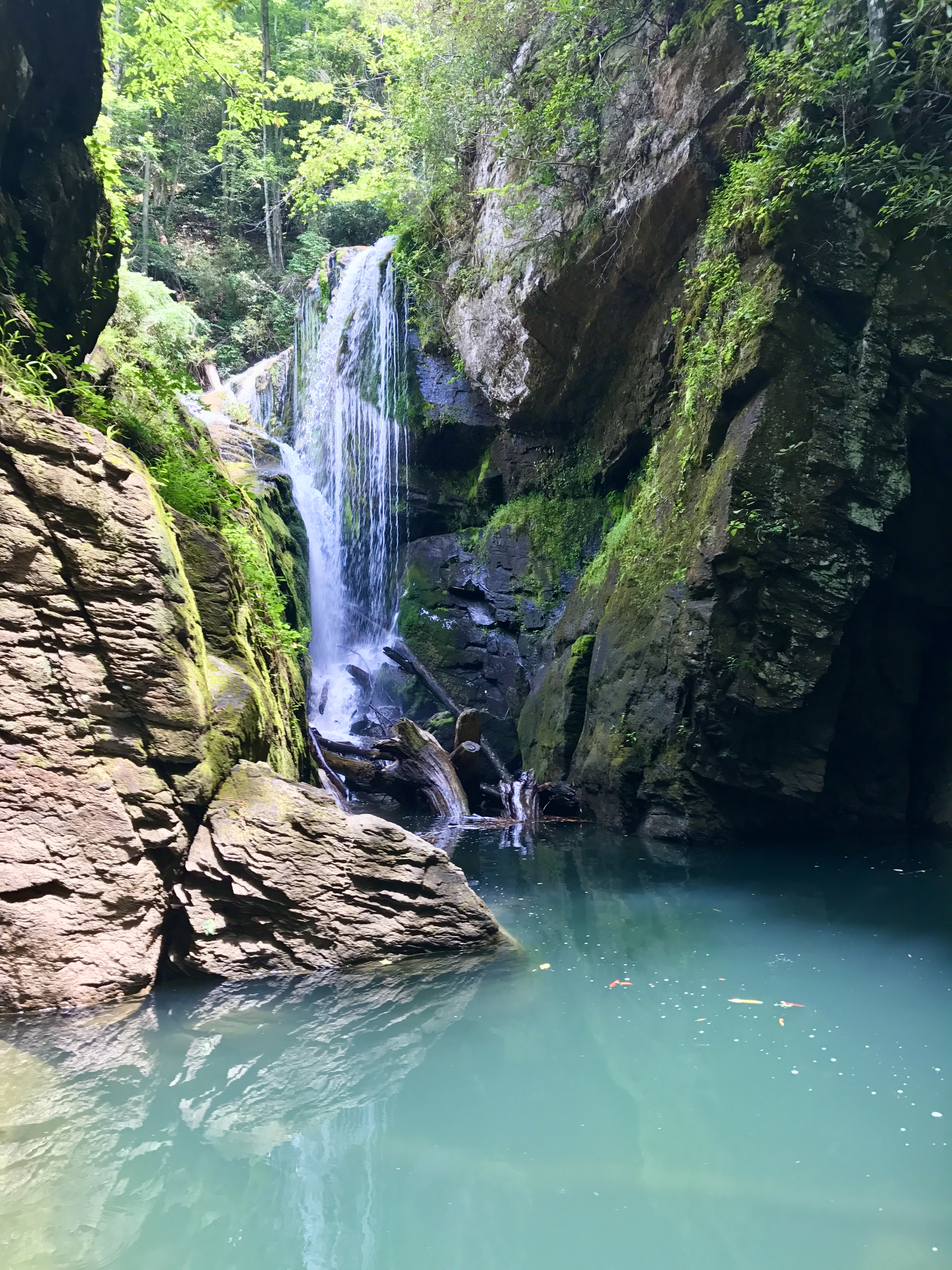 Lake Jocassee is the site of an enthralling legend: a young Cherokee warrior from the Eastatoe tribe of the Cherokee Indians was hunting in the woods of their enemy, the Oconee tribe. This warrior, Nagoochee, injured his leg and thought he would die in the woods. While in despair, Nagoochee heard the beautiful singing of Jocassee, the daughter of the chief of the Oconee tribe. She found him, took him to her home, and helped him regain his strength. They soon fell in love, and Nagoochee stayed with the Oconee tribe. In a later battle between the two tribes, Nagoochee was tragically killed by Jocassee’s brother. When Jocassee received this news, she silently climbed into a canoe and pushed out onto the river. She then stepped into the water­—but instead of sinking, she walked across the river to meet the ghost of Nagoochee.

This river and the surrounding area became known as the Jocassee Gorges, which now lie roughly 300 feet (91 meters) below the surface of Lake Jocassee. This area was home to a girls camp as well as Mount Carmel Cemetery. This cemetery and some other parts of the gorges were the setting for the 1972 thriller film, Deliverance. In 1973, the river was dammed up, creating what is now Lake Jocassee. Visitors to the lake can go on a diving trip to visit the cemetery still resting at the bottom of the lake. 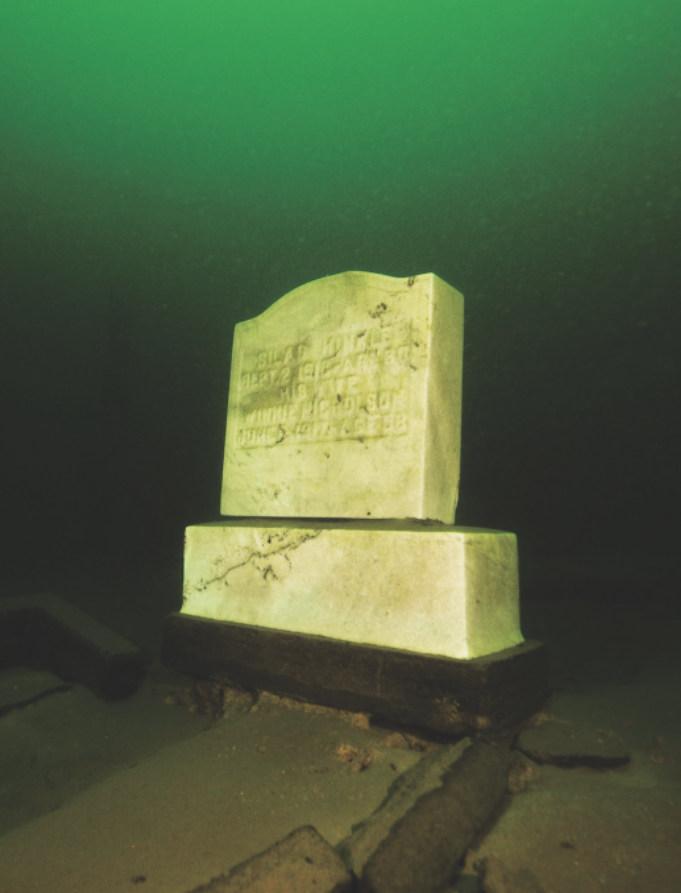 Gravestone at the bottom of Lake Jocassee

National Geographic listed Jocassee as number nine on its list of “Fifty of the World’s Last Great Places” in a 2013 edition of the magazine. The lake has very few homes, which adds to the feeling of being secluded in nature. There are a few cabins available for rent, in addition to several primitive camping sites. Plan well in advance to ensure you find the perfect place for the duration of your stay. A week-long trip to Lake Jocassee just may be the greatest vacation you ever take.