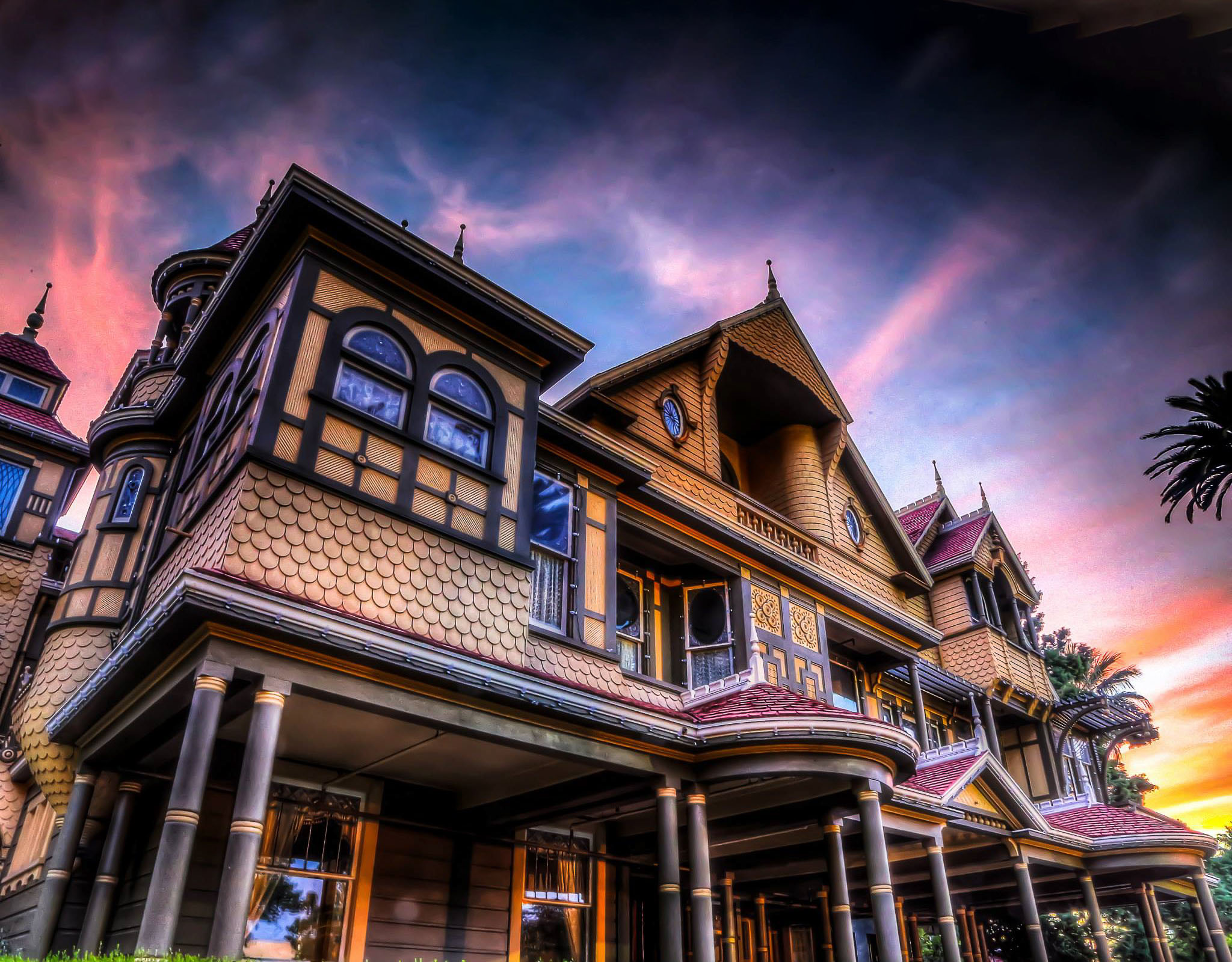 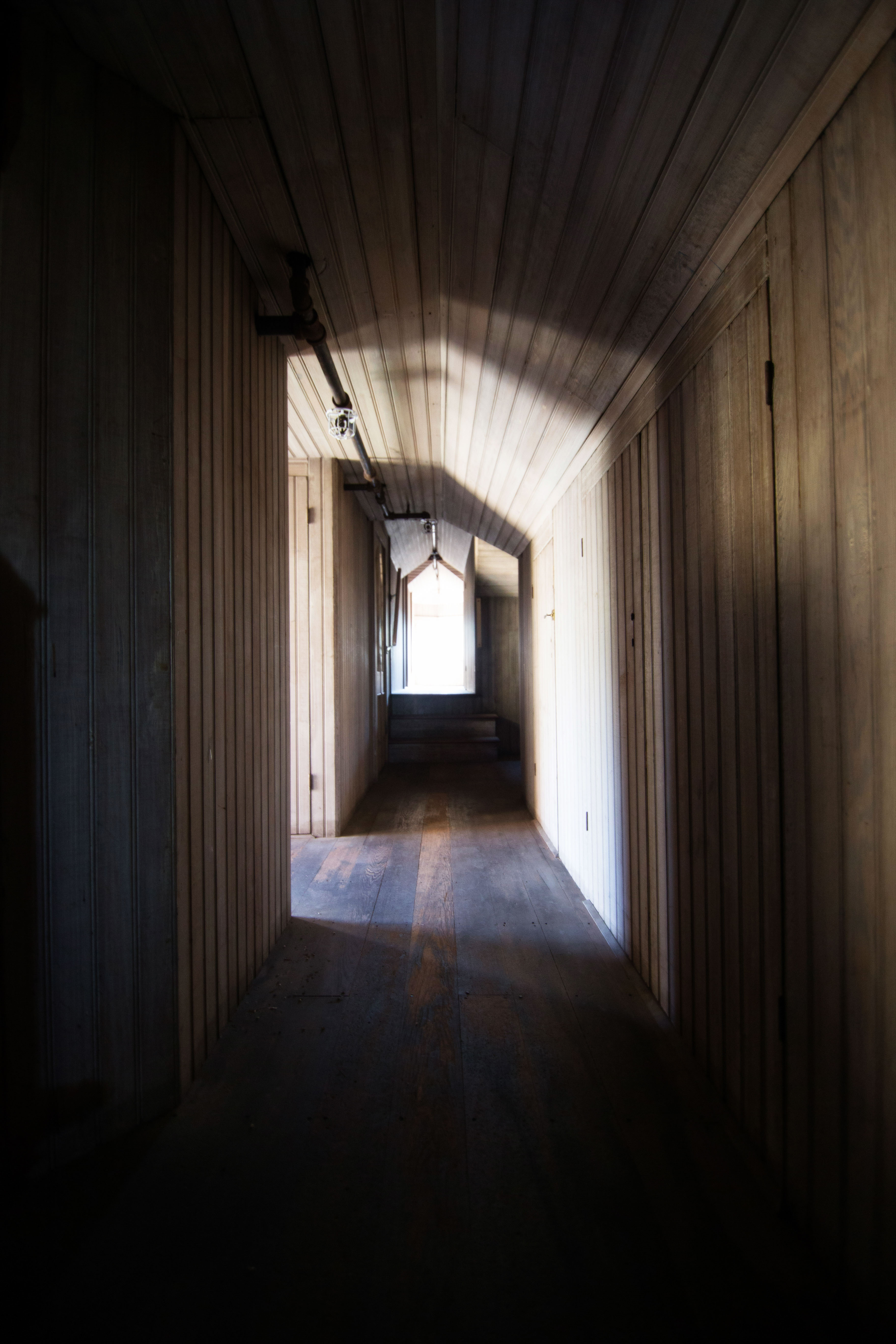 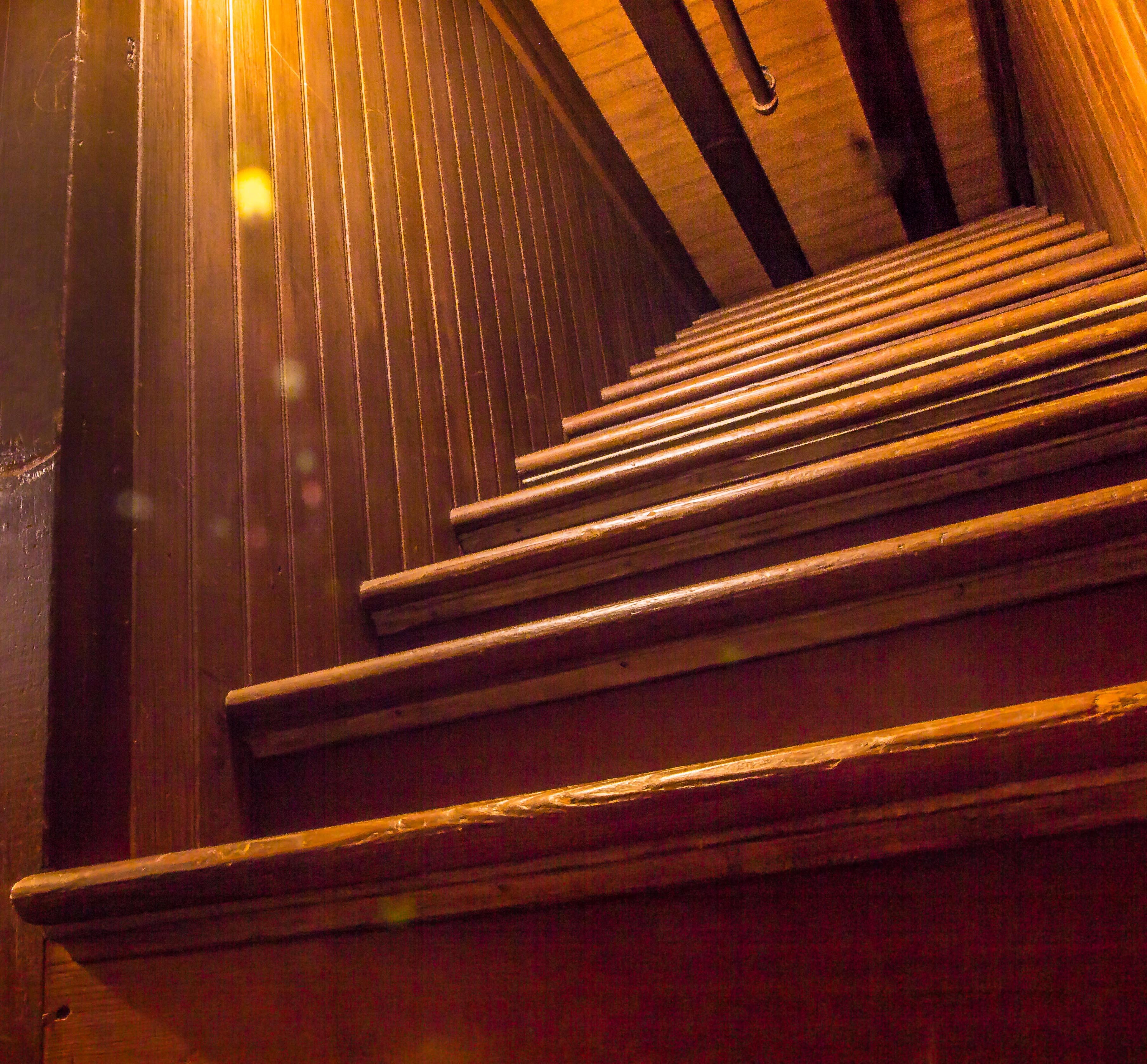 Staircase to the ceiling 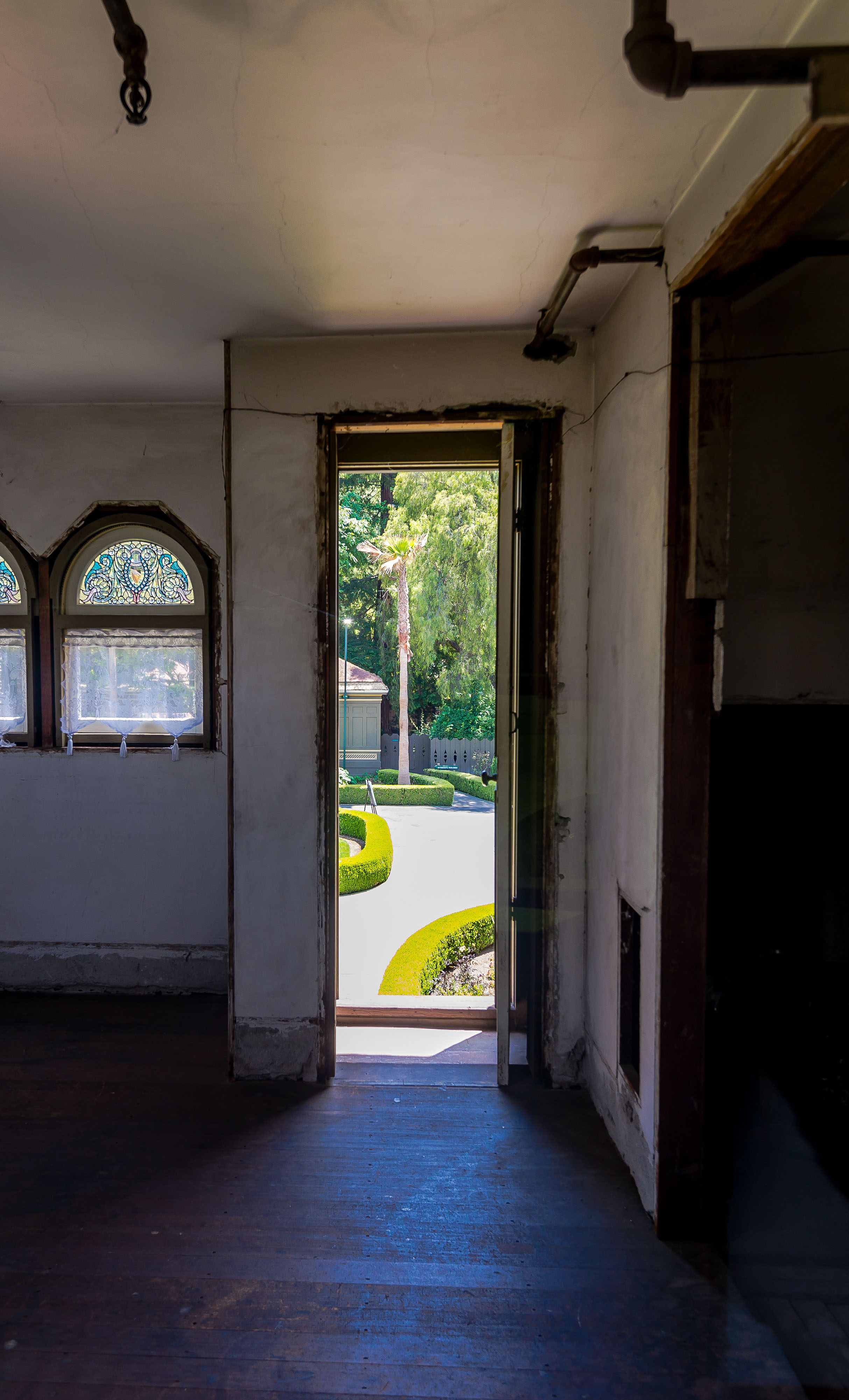 The door to nowhere

What could possibly compel a woman like Sarah Winchester to build such a massive house? Sarah’s legacy is one of absurdities and ghosts.

She stood just under five feet tall yet lived in a sprawling mansion and commanded a twenty-million-dollar fortune. No one in the late 1800s understood the woman, or why she did what she did. But today, for the unafraid, a trip to the Winchester Mystery House in San Jose, California, might hold the key to understanding her story.

Step inside the front door and you’ll see some rather extraordinary things everywhere you look: intricate stained glass, a beautiful ballroom, and elegant Victorian architecture. But hidden among the exquisite features are some oddities: a door that opens onto a 13-foot (four-meter) drop to the sidewalk, a séance room with a secret passageway, skylights in the floor, unfinished rooms, and a staircase that runs straight into the ceiling. The strange thing is that none of these oddities were accidents; they were all intentional.

Rumor has it that after losing her husband, infant daughter, and parents to illness, Sarah visited a psychic who told her that she was being haunted by the spirits of people who were killed by the Winchester rifle—the very product which created the massive fortune Sarah inherited after her husband’s death.

The psychic also told Sarah that the only way to handle the spirits was to build and remodel her home . . . forever. And so, Sarah began to build, and she never stopped—not until the day she died. The result is a sprawling mansion, with quirks that result from the continuous remodeling effort and a desire to both appease and confuse the haunting ghosts.

As you take a guided tour through the many halls in the mansion, you’ll hear ghost stories and discover the magic of Victorian architecture. You’ll hear what Winchester relatives said about Sarah and find some clever inventions mixed among the quirks.

On the main estate tour, your tour guide will take you to the most popular rooms in the house, while extra tours offer a behind-the-scenes look at the estate and a peek into the unfinished areas of the mansion. The self-guided rifle museum offers a look at the “guns that won the West” and made Sarah a billionaire. When you finish touring, take a stroll around the Victorian gardens to get an extra taste of what life was like when Sarah was alive.

A day at the Winchester Mystery House will allow you to walk the halls of a unique history unlike any other. But if you do go, be careful! The mansion is maze of 160 rooms and there are spirits around every corner. Once you step inside—and take it from a former tour guide—you might never find your way out. 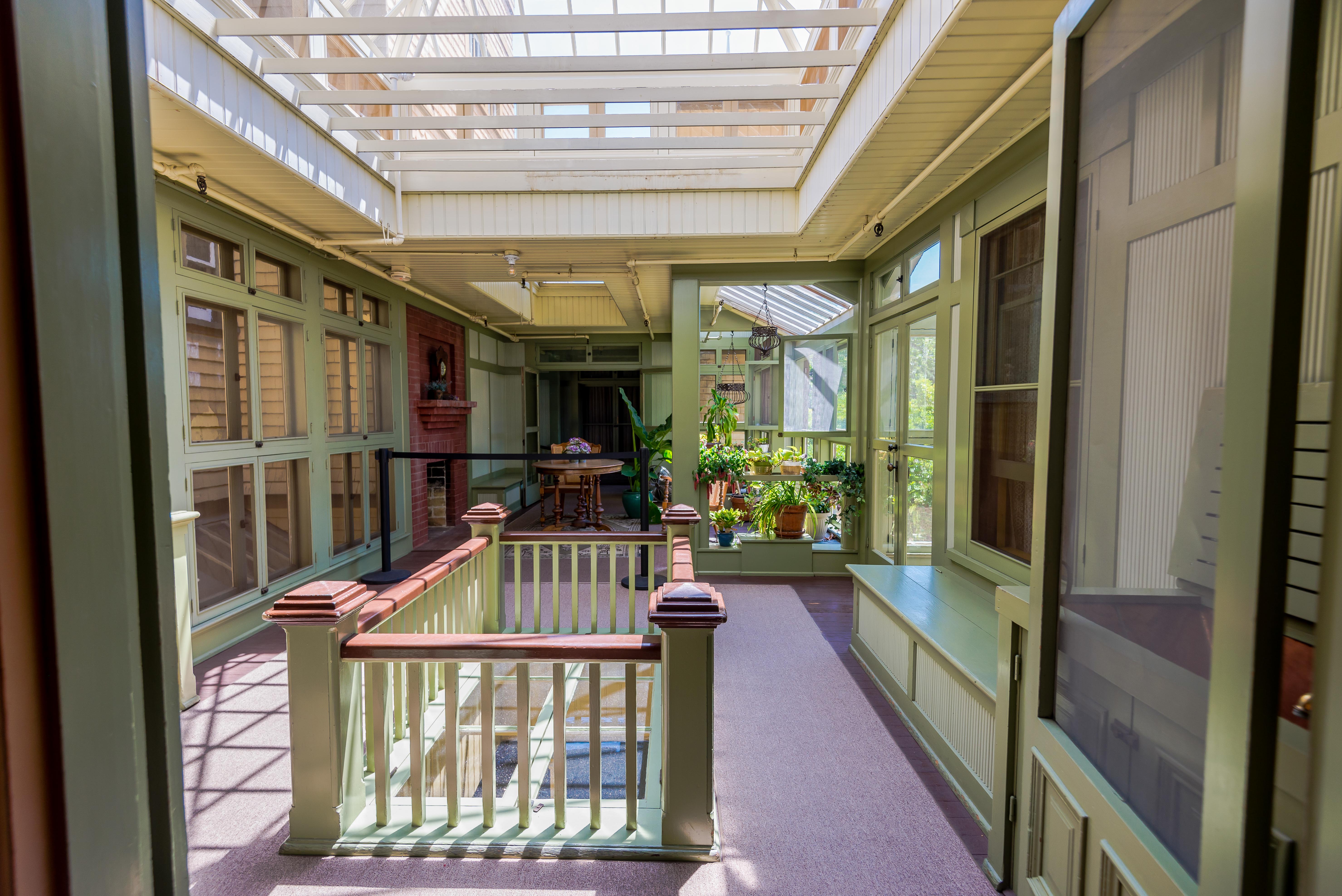 South conservatory with skylight in the floor 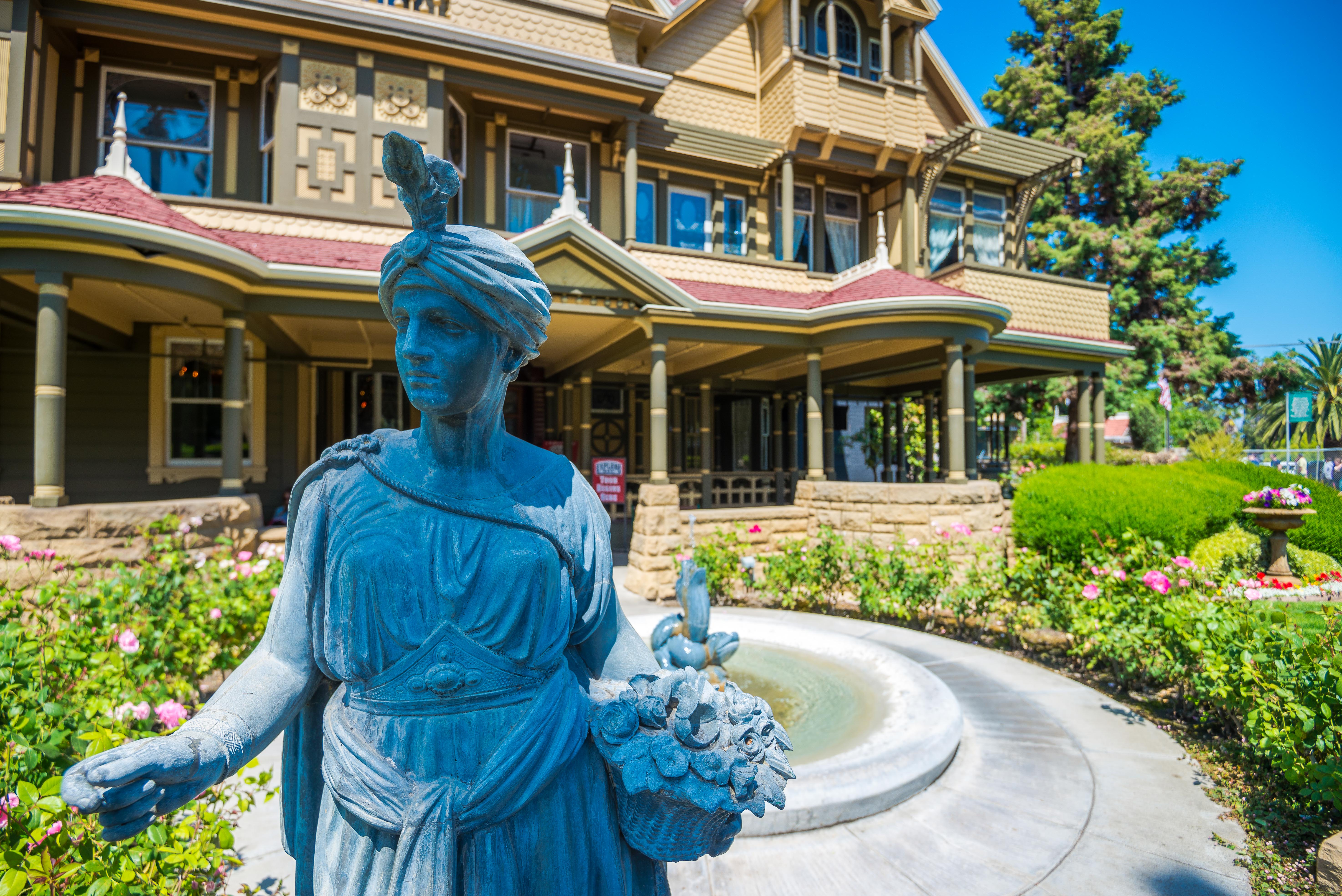 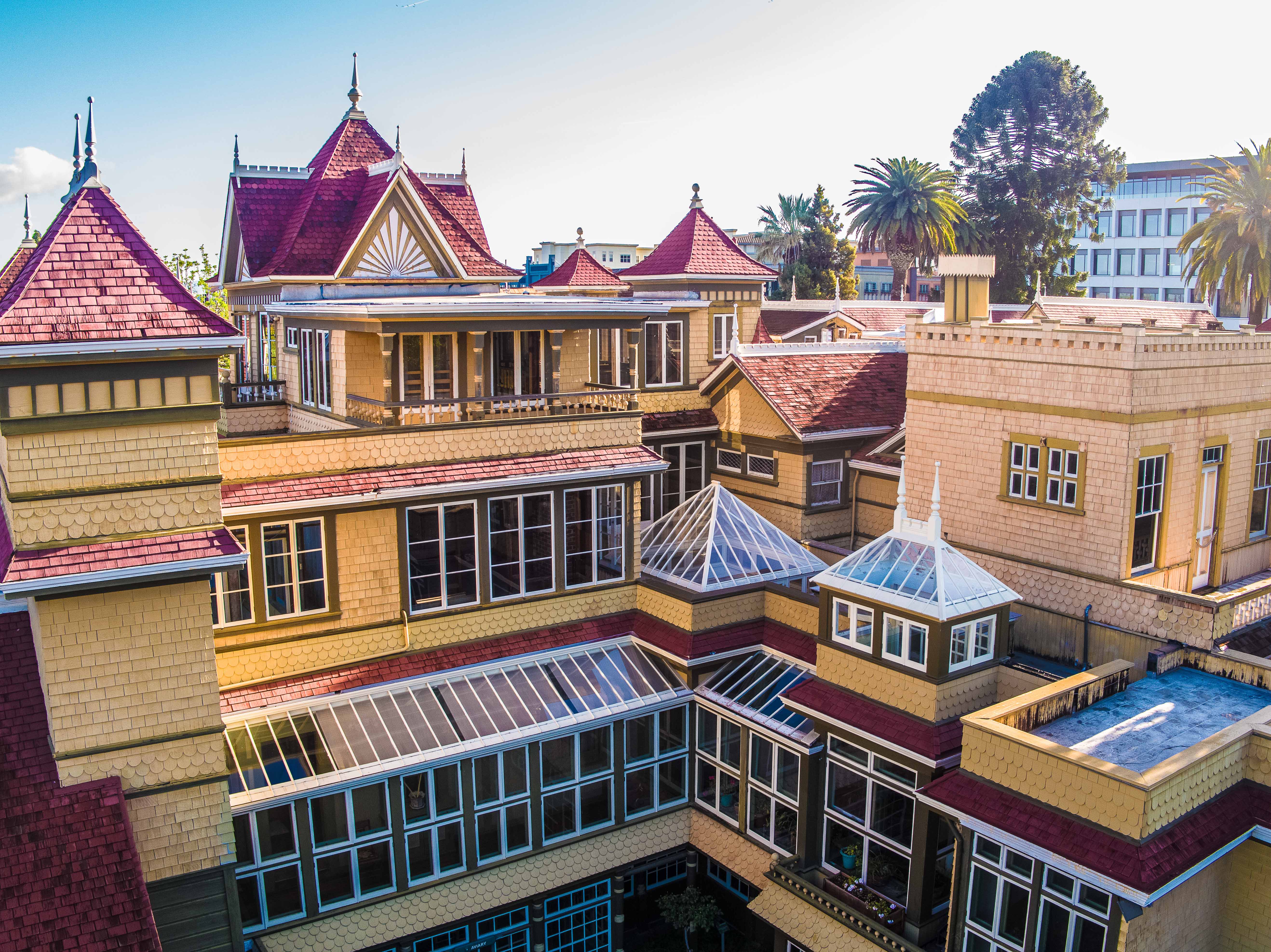 Back view of the mansion