Life on the Edge 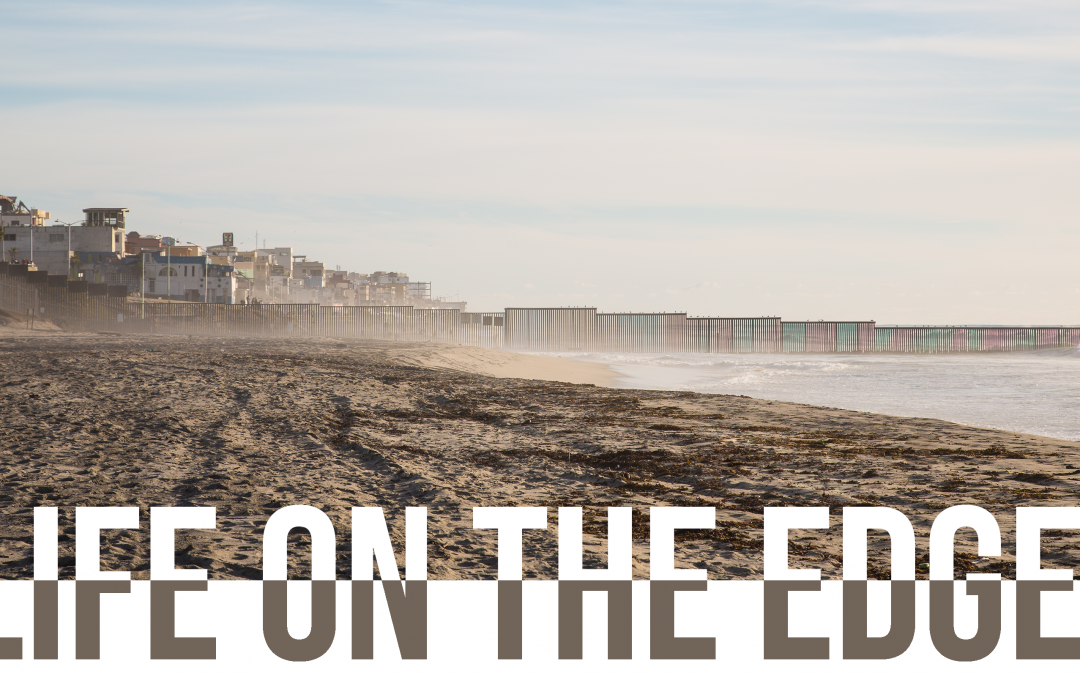 Some borders lie along physical barriers, like mountain ranges or large bodies of water, while others are solely based on treaties, purchases, and wars. These types of borders don’t always take into account the people living at the new edge of a country. Regardless of how a border came to be, it often produces a unique situation for those living around it. Here are five cities that have dealt with being split by international borders in different ways

Baarle-Hertog, Belgium, and Baarle-Nassau, Netherlands, share one of the most complicated borders and are broken up into dozens of parcels of land. The two towns are a place where siblings may live in the same house but sleep in separate countries or where one’s international work commute is only a few minutes long.

The complex border is the result of various medieval treaties and agreements. But they weren’t actually finalized until 1995 when the last piece of disputed property was attributed to Belgium.

The border, which winds through houses, shops, streets, and more, is marked with white crosses. There are also two distinct styles for house numbers to clarify which country one is in, and there are often Dutch or Belgian flags next to the numbers. There are architectural differences as well to help distinguish one side from the other and there are some slight dialectal differences in each town’s Dutch.

Many residents on both sides of the border have dual-citizenship, and their example of harmonious living has drawn the attention of international leaders trying to solve border and territory disputes, including advisors to the Israeli prime minister. 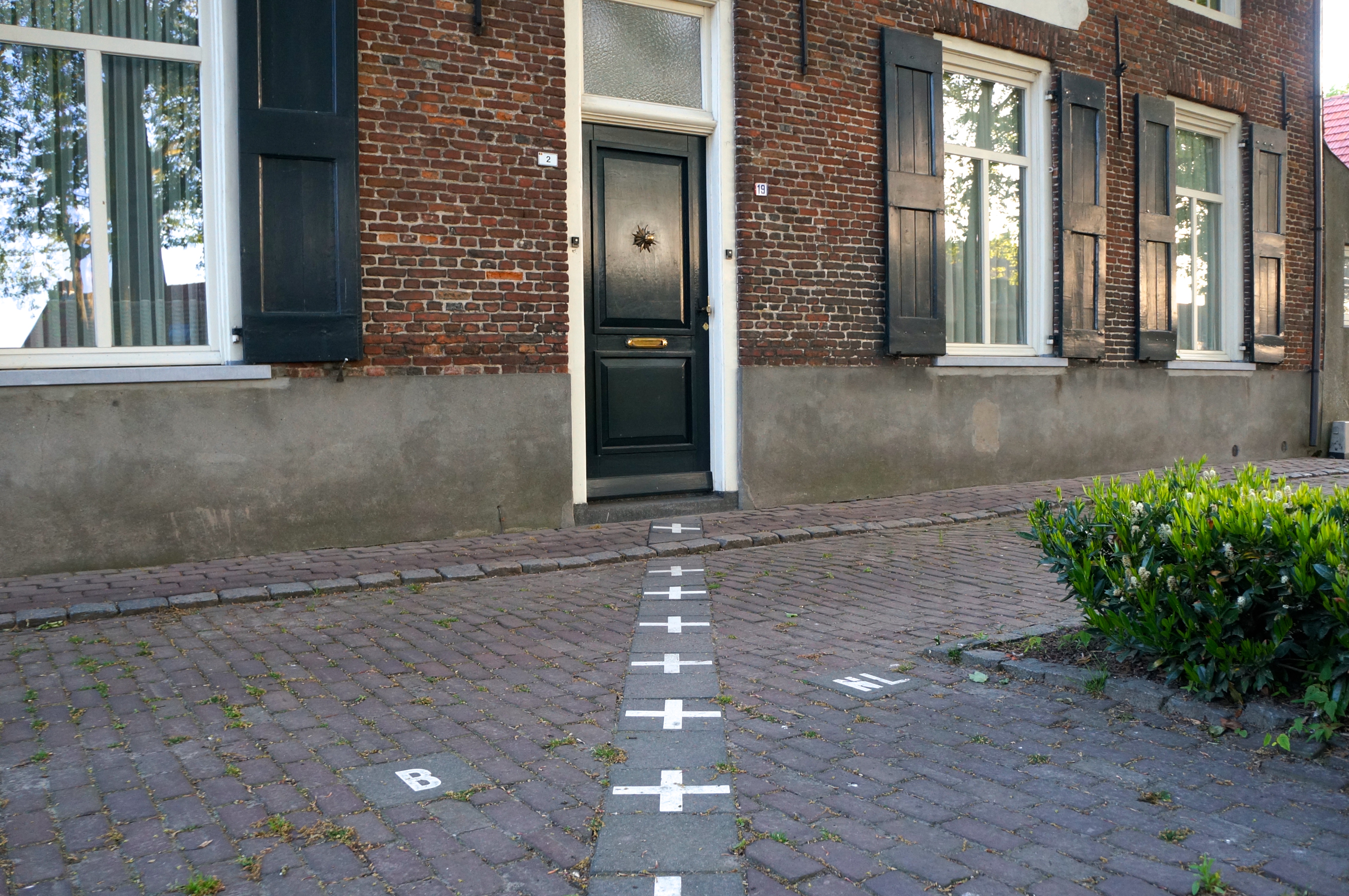 Brazzaville, Republic of the Congo, and Kinshasa, Democratic Republic of the Congo, are the closest national capitals in the world, separated by a five-minute flight or a five-mile boat ride across the Congo River. The cities were established as separate French and Belgian colonies, and their history of colonial competition and distrust seeps into their modern-day relations. It wasn’t until 2019 that the two cities were able to agree upon building a bridge to connect them.

The 15 million people living between the two cities flow freely, despite political and historical tension. Teachers, students, and workers fly from one side to the other, and periods of violence on one side have often meant waves of migration to the other. One micro-example took place after the Republic of the Congo President Laurent-Désiré Kabila was shot and assassinated and the perpetrators allegedly fled and went into hiding in Brazzaville.

The cross-border exchange isn’t all negative nor mundane. One cultural aspect both cities share is the Sapeur subculture and style. The name Sapeur comes from the acronym of the group, Société des Ambianceurs et des Personnes Élégante, meaning “Society of Tastemakers and Elegant People.”

The subculture has its roots in anti-colonialism. During the twentieth century, some French colonists in the Congo paid their workers in secondhand clothing rather than money. Workers rejected these hand-me-downs and instead used their small wages to buy the latest fashions. The movement eventually evolved to a dandy-style of dress and a cosmopolitan attitude. Today, the Sapeur lifestyle is still a symbol of escape as it allows individuals to find self-confidence, regardless—or even in spite of—one’s temporal means. 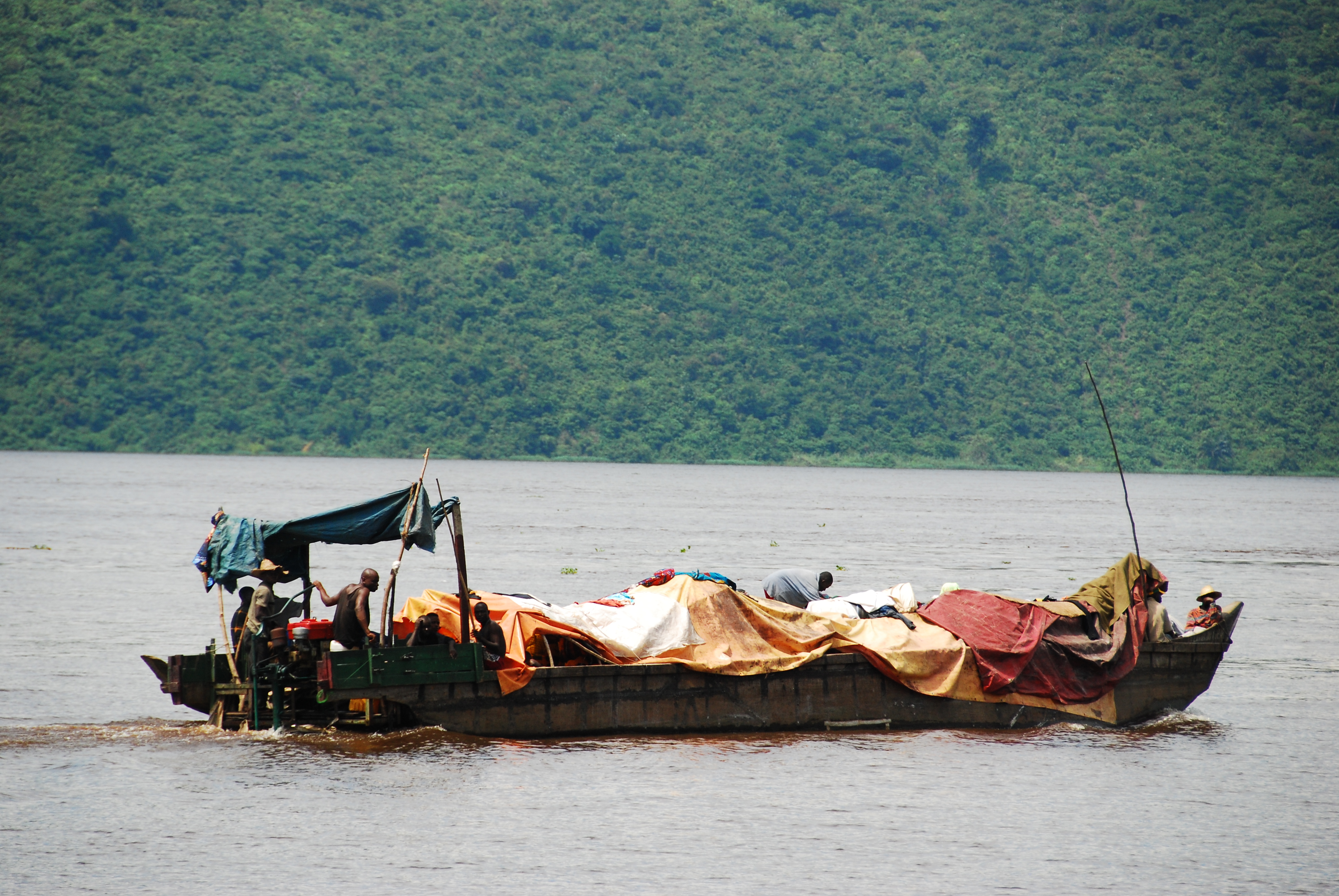 A boat crosses the river Congo River. Individuals can travel between Brazzaville and Kinasha by boat. (Ricardo Cabrera Letelier)

The area that is today Ciudad Juarez, Chihuahua, Mexico, and El Paso, Texas, USA, was settled thou-sands of years ago. The Spanish eventually conquered it, naming their establishment Paso del Norte. Then in 1848, decades after Mexico had gained independence from Spain, the north side of the river became US territory when an Army post was built there.

Today, the border between these two cities is rather porous. Thousands of residents wait hours each day to cross the border to get to work, attend school, shop, or receive medical treatment. It’s not uncommon to cross over for a few hours or the weekend to visit family or friends. On both sides of the wall, Spanish appears on signs and can be heard in the streets. The cross-cultural connection extends to the economy as well. Local franchises like Taco Tote, a fast-food restaurant specializing in Mexican cuisine, has locations on both sides of the Rio Grande.

Yet, despite the history and proximity of these cities, there are marked disparities between them. El Paso consistently ranks as one of the safest cities in the US, while Juarez is still scarred from years of gang violence that tore it apart. This violence caused many residents to move north to El Paso, or south to other cities in Mexico.

The disparities between the cities are visual as well. While neither city is rich, Juarez’s poverty is more apparent. Potholed roads and other shoddy infrastructure are common sights in Juarez, while El Paso is sprinkled with skyscrapers and a military post, Fort Bliss.

Individuals use the Bridge of the Americas to cross from Ciudad Jaurez, Chihuahua, Mexico, to El Paso, Texas, and vice versa. (U.S. Customs and Border Protection)

The chief of Longwa village lives in a house divided—divided by the Indo-Myanmar border, that is. The village doesn’t have to worry about the border too much, however. The entire village is run by the chief and sits along the international border. Residents don’t need a passport to cross into either country. Tourists, however, need permission to visit Longwa from the local police checkpoint.

The village is famous for its headhunter warriors who collected enemy skulls to boost crop fertility. Although the practice stopped in the 1960s due to the rise of Christianity, there are still individuals within the tribes who have brass skull necklaces showing they’ve taken heads during battle.

The village also boasts natural beauty. There are four rivers that wind through the village—two in each country—and it is situated amongst lush, green hills. Tourists can also visit the Nagaland Science Centre, Shilloi Lake, and Hongkong Market. 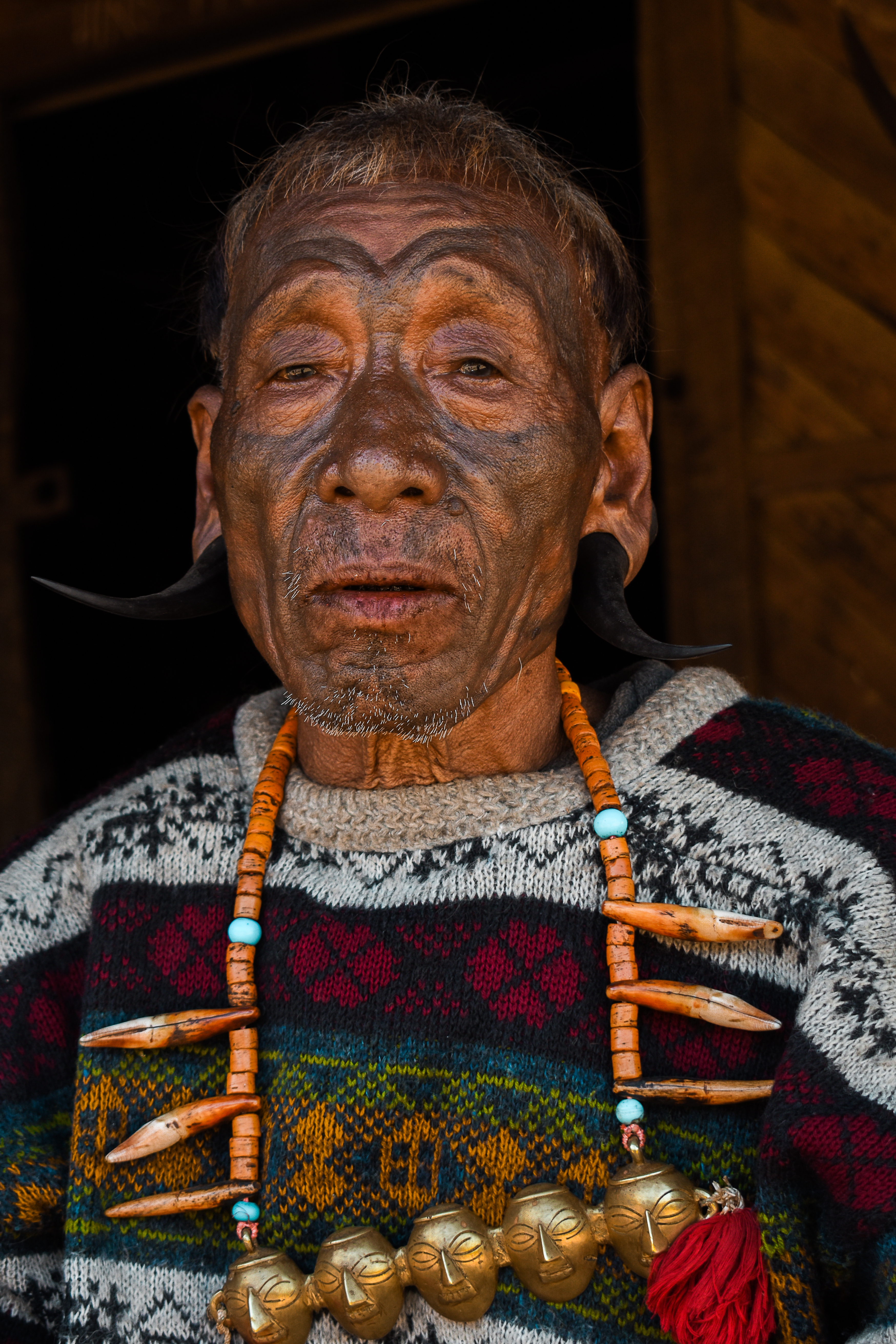 A headhunter from the Konyak tribe of Nagaland, the district that Longwa Village is located in. (Avantikac98/ Wiki Commons)

This town—spelled Chuí or Chuy depending on which side you’re on (Chuí is the Brazilian spelling and Chuy is the Uruguayan)—is often a pit stop for people travel-ing between Brazil and Uruguay. Spanish signs line one side of the border where Uruguayan pesos are used, while Portuguese and reais are used on the other. A shared avenue serves as the international border separating the town.

Spain and Portugal, and eventually Brazil and Uruguay once they gained independence, signed numerous treaties that resulted in the modern-day boundaries that divide Chuí/Chuy. Most residents speak both Spanish and Portuguese, and both countries’ citizens use the border to their advantage. Uruguayans can get cheap, duty-free goods in Brazil, while Brazilians can frequent Chuy’s casino since gambling is illegal in Brazil.

Tourists can taste some of Brazil’s world-famous churrasco (BBQ) or visit Fuerte de San Miguel, an eighteenth-century fort. These and other activities allow visitors to experience the best of both countries. 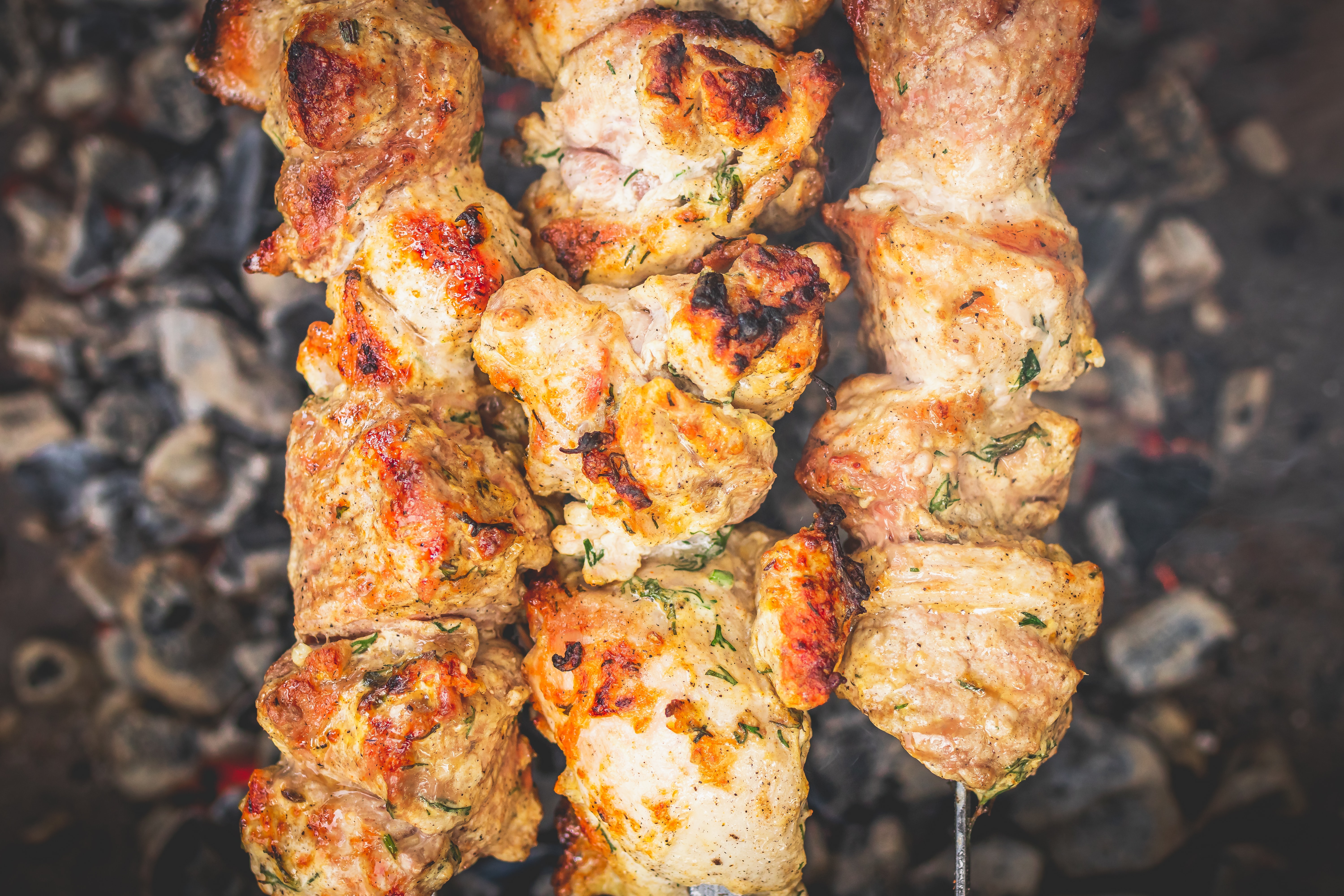 The histories, peoples, and traditions of all these bor-der cities differ immensely, but they each offer a window into how peoples succeed or fail to live harmoniously and exchange ideas, culture, and more. Perhaps we can pull a few lessons from them to apply to our own relationships with groups or individuals we see as different from ourselves.