Four Corners of the Kitchen: Lamb

Lamb is as versatile a meat as any—whether fried, chopped, or stewed, it is the star ingredient in countless delicious recipes. One of the first animals ever domesticated, sheep have long been used for food both for their meat and their milk. Lamb meat comes from a sheep that is less than one-year-old. After one year, the meat is called hogget, and after two years the meat is called mutton. Though different countries may vary in their definitions of what these categories of sheep meat are called, lamb is always the most expensive because it is the most tender.

Due to the widespread domestication of sheep, lamb recipes can be found all over the world. It is fascinating to see how different cultures have taken this classic ingredient and turned it into something spectacular.

1 cinnamon stick, broken in half

In a medium bowl, combine the yogurt with the garlic, cayenne, cumin, black pepper, and ½ teaspoon of the salt. Stir in the lamb.

In a large saucepan, melt the butter over moderate heat. Add the onion and cook until starting to soften, about three minutes. Stir in the cardamom, turmeric, cloves, cinnamon, rice, and the remaining 1 ¼ teaspoons salt. Cook, stirring, for one minute.

Adapted from Food and Wine Magazine

Generously rub the lamb chop with a bit of oil and season. Place into a snug-fitting, high-sided oven-safe dish and add a bit of water to the bottom. Roast for two hours, or until the meat is tender and falling off the bone.

Remove lamb from oven and let cool slightly. Take the lamb off the bone and roughly chop; make sure to save the bones, fat, and accumulated juices from roasting.

There should be about two tablespoons of fat in the roasting tray. Place fat into a high-sided pan and warm over medium heat. Add the onion, carrot, celery, and rosemary. Cook, stirring, until lightly caramelized, about ten minutes.

Sprinkle on the flour and stir well. Add the lamb, bones, and tray juices to the pan, as well as 1½ c cups of water. Bring to a boil and turn the heat down to a gentle simmer, reducing until you get a loose lamb stew. Season with salt and pepper.

While the lamb is cooking down, prepare your potatoes. Bring a large pot of water to a boil and season with salt. Add the potatoes and cook until very tender, 15–20 minutes. Drain, then mash (push potatoes through a sieve for extra smoothness) , mixing and mix in the butter, milk, sour cream, and cheddar. Taste, adjust with extra milk and butter if needed, and season.

In a pie dish, spread a thin layer of potato on the bottom and sides. Spoon in the lamb filling and then cover with the remaining mashed potatoes. Top with dabs of butter, if desired.

Bake for one hour until the top is crisp and golden. Enjoy!

Cut slits in the top of the leg of lamb every three to four inches, deep enough to push slices of garlic down into the meat. Generously salt and pepper the top of lamb, and place several sprigs of fresh rosemary under and on top of the lamb. Place lamb on roasting pan.

Roast in oven until the lamb is cooked to  your desired doneness, about two hours. Do not overcook the lamb; the flavor is best if meat is still slightly pink. Let rest at least 10 minutes before carving.

1 chipotle pepper (plus 2–3 tablespoons of the chipotle “juice”)

Juice from one orange

Score fat on the lamb. Generously season all sides of the lamb shoulder with salt. Set on counter while making the marinade.

To make the marinade, de-stem the dried chilies, break them in half and discard the seeds. Break the chilies apart into smaller pieces and add to the blender with the remaining ingredients. Blend until very smooth.

Heat a skillet or dutch oven to medium-high heat and add oil. Sear the salted lamb shoulder, patiently browning each side to create a deep-colored crust.

Once all sides are seared, place lamb shoulder in the dutch oven. Nestle the onion and orange slices all around it along with bay leaves. Pour the marinade over top and shake the pan to get the marinade to the bottom.

Cover tightly and bake in a 325°F oven for three to four hours.

Roast is done when meat pulls apart easily. Pull the meat off the bones (if using bone-in lamb) and discard any fat. Tear into smaller pieces and place into an ovenproof serving dish. Strain one to two cups of the marinade and pour over the meat, keeping it moist. Taste the lamb and adjust salt and heat to taste. 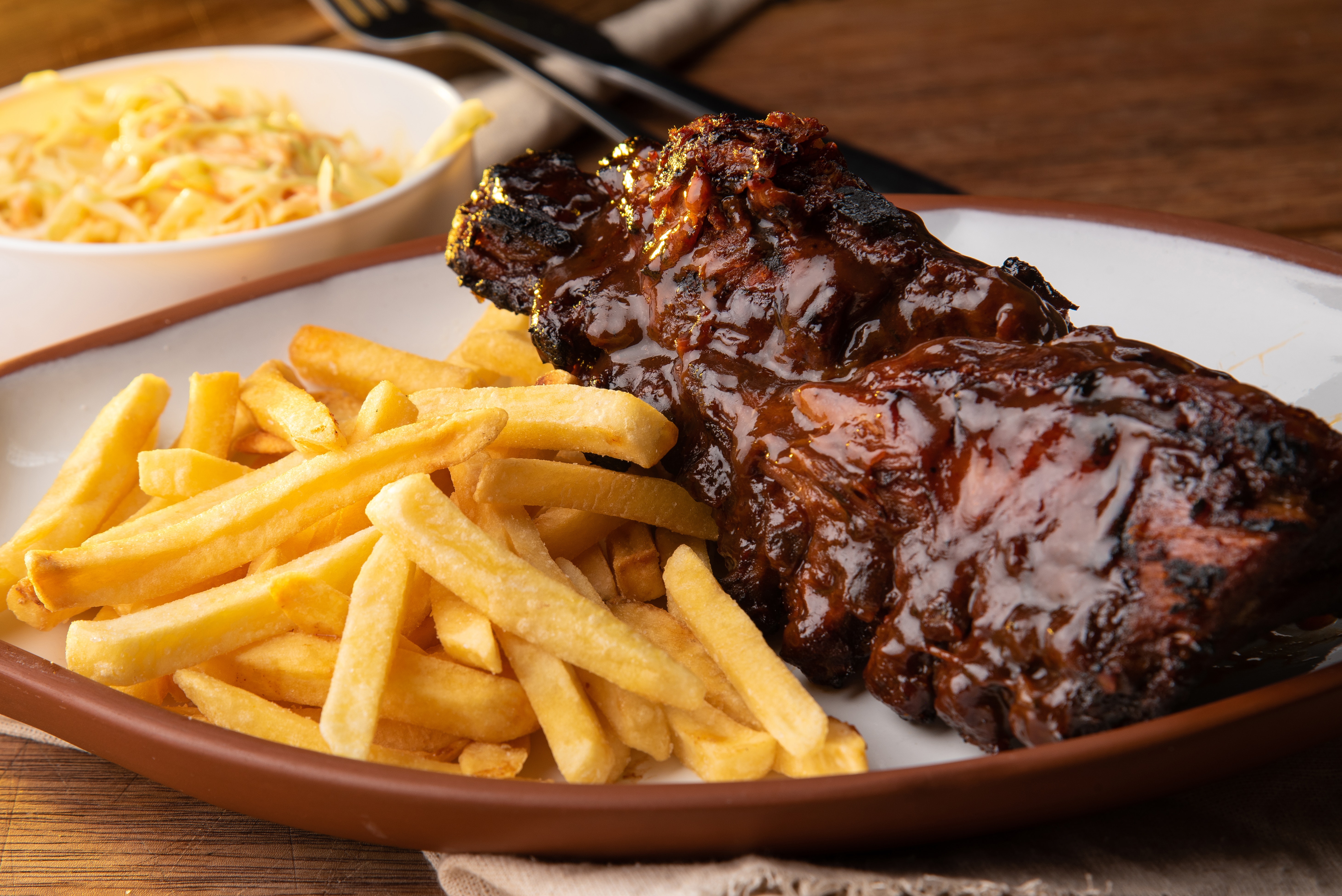