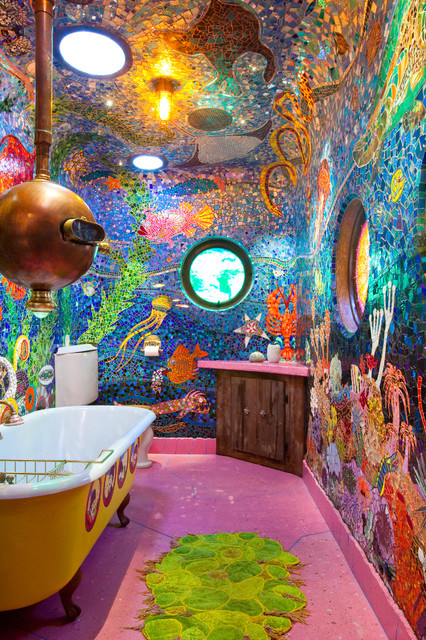 Everyone has to take care of their business somehow, and most of the time it’s a terribly boring experience. Most young people take their phones with them every time. Otherwise, how would they be entertained? But some places have found a great way to make our everyday triviality more exciting. Take a look at our top picks for the wackiest (and coolest) bathrooms out there!

Bonus! One “bathroom” is a restaurant in Taipei, Taiwan, that is themed around toilets. The food is served in little toilets and the drinks come in miniature urinals! You sit on chairs and couches shaped like porcelain thrones as well. Every meal comes with complimentary “poop” chocolate ice cream! The menu features dishes like poop meatballs, turd sub sandwiches, and diarrhea hot cocoa. Go check out the crappiest restaurant out there!

Most people don’t worry about what bathrooms they’ll encounter while they’re traveling, but there are plenty of interesting ones all over. Don’t dread the visit; it might surprise you! Which ones would you love to visit?