Appalachia (Appa-latch-uh), an impoverished region of the eastern United States, is a time capsule: a place one can go to hear stories of old wonder and adventure that just don’t seem to exist anymore; to eat and drink the best American versions of jam, cinnamon bread, apple pie, and moonshine; and to momentarily forget what century it is. Dolly Parton, a world country star, holds this belief. She was born here, in Appalachia, in a one-room cottage tucked away in the forest of the Smoky Mountains of Tennessee. Though departing to Hollywood when she was a young woman, Dolly never forsook her past, culture, or heritage and Appalachia is famously dear to her heart.

Dollywood, nestled into the same mountain where Dolly’s birth home still stands, is a theme park located in Pigeon Forge, Tennessee. In 1986, Dolly bought an interest in the original park, previously known as Silver Dollar City, and renamed it Dollywood. Her interest in the park stemmed from her history in Tennessee.

The Appalachian region has been referred to as “The Big White Ghetto,” partly due to high crime and poverty rates. In 2010, Dolly told ABC news, “[I] always thought that if I made it big or got successful at what I had started out to do that I wanted to come back to my part of the country and do something great, something that would bring a lot of jobs into this area.” According to the East Tennessee Economic Development Agency, she has succeeded. Dollywood is the largest employer in the community, with over 4,000 people on its payroll.

For Dolly, it wasn’t just about paying tribute to the community, though. Dollywood is about celebrating Appalachia and the magic and wonder that Dolly experienced as a little girl.

Laced with the smell of freshly made cinnamon bread and fresh river water; filled with laughter, American Eagle peal calls, and local award-winning musicians; humming with an authentic steam engine railroad and cave miner coaster; and traced with eye candy of glass blowing, exposed tree rings, and locally made birdhouses, Dollywood is one of the only theme parks in the world that can successfully say it has something for everybody.

It takes two days to happily see everything in Dollywood, and trips are best planned within one of the many festivals that the park offers. Among the most popular festivals are the Festival of Nations, Barbeque and Bluegrass, and Smoky Mountain Christmas. The Flower and Food Festival will be debuting for the first time this year, supposedly showcasing Smoky Mountain recipes and chefs, and half a million plants and flowers. Dolly says the inspiration for this festival is “God’s Coloring Book,” or rather, the season of spring in the Great Smoky Mountains. 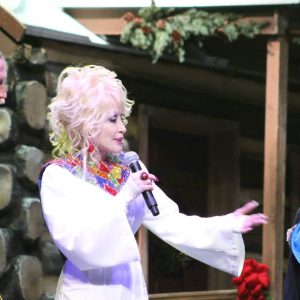 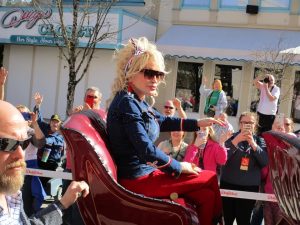 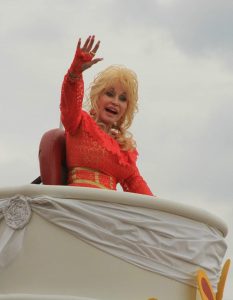 Take a selfie in front of the butterfly

Eat cinnamon bread in Craftsman’s Valley (it’s worth the wait!)

Eat corn fritters with maple butter at the Grist Mill

Ride the Dollywood Express (with a loaf of cinnamon bread to snack on!)

Take a picture with the eagles

Play a classic carnival game at the country fair

P.S. Ask for free ice water; bring your own snacks into the park; drop your pooch off at Doggiewood—the park’s personal doggie daycare; join the Facebook page Dollywood Junkies (a really wonderful place to go with constantly-updating information and friendly ears) 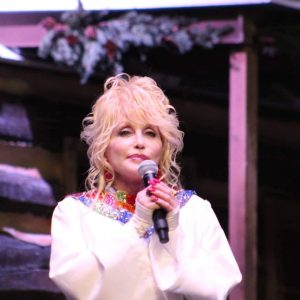 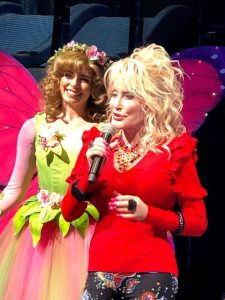 Once you’re in Dollywood, you’ll realize it’s much more than a theme park. It’s a place that makes you proud of America, of old Appalachia specifically: a forgotten, walked-upon region. Dolly does this. She’s a star who has never turned her back on her past, never sugarcoated it either. She is the stubborn, hospitable, tenacious woman who struggled out of this place and back into it—to reconcile the negative image it holds. It doesn’t matter how impoverished and beat up the surrounding region is. Dolly Parton is proud to be from there and her pride is simply contagious. It’s happy. It’s joyful. It’s all the good things we share deep in our varying roots.