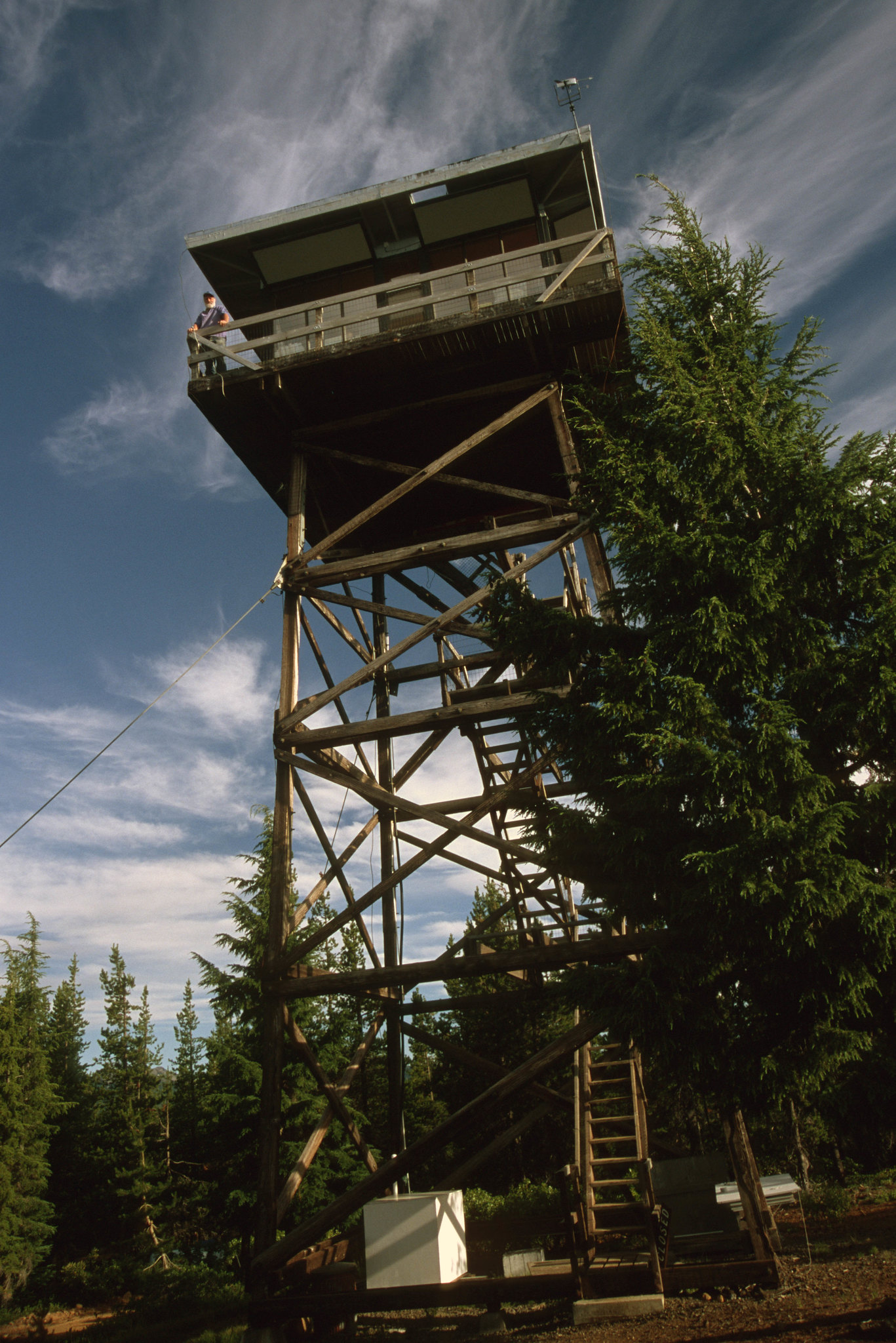 High above the ground, among the gently swaying pine needles, is a small room overlooking a stunning mountain vista. The watchtower has a panoramic view of the surrounding hills and valleys. For the past century, this watchtower and dozens just like it have dotted the woodlands of the western United States. After the horrific fire of 1910 that devastated the states of Idaho, Montana, and Washington, and killed more than 85 people, the US Forest Service began erecting thousands of watchtowers to spot, track, and stop fires early on. Now, decades later, with the advancement of technology, the demand for human lookouts has drastically dwindled. A handful of mostly volunteer lookouts remain, with the watchtowers standing as symbols of the eternal struggle between man and nature.

During the low fire season, the public is now able to rent a historic lookout tower to spend a night or two among the trees and the stars. I first became intrigued by the concept of staying the night in a fire tower while camping in the Uinta-Wasatch-Cache National Forest in Utah. I talked with a kind older ranger who gave me a pamphlet about unique campsites the National Forest Service offered. I was intrigued, but being a teenager at the time, I had to resign the idea to the back burner of my mind. It wasn’t until years later in 2019 that my desire to spend a night aloft in a lookout tower was brought back to the forefront of my bucket list. I was biking along the Hiawatha bike trail on the border between Washington and Idaho. Along the scenic route are signs detailing the history of the 1910 fire and the impact it had in the area.  As I read the signage, my brief conversations with that kind ranger resurfaced, and I recommitted to my goal of visiting a lookout tower. 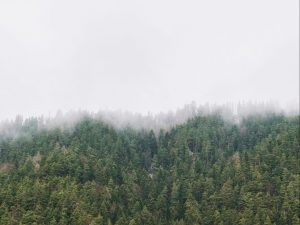 To stay in a lookout tower, it is necessary to make a reservation with an accredited organization such as the National Forest Service. The National Forest Foundation provides more detailed information at its website, nationalforests.gov, where you can find answers to frequently asked questions. You can make reservations through a various number of websites including recreation, which is a good resource.

If you are interested in staying at a fire watchtower, there are a few things to be aware of before you make a booking. Watchtowers are typically in remote locations and may require some hiking to access. The towers can be up to fifty-five feet above ground, though there are some towers closer to the ground. The tower is unlikely to have convenient access to water, so plan on including a couple gallons in your supply list of things to carry in and carry out.

The experience of staying in a fire tower is uniquely serene. It is an opportunity for mankind to reconnect with not only nature, but also history. To quote Henry David Thoreau from his great work Walden,

“I went to the woods because I wished to live deliberately, to front only the essential facts of life, and see if I could not learn what it had to teach, and not, when I came to die, discover that I had not lived.”

From the windows of a lookout tower we have an opportunity to experience what Thoreau describes. Among the trees and dynamic skies, we just might be able to find ourselves.