Kickin’ Along the Kam 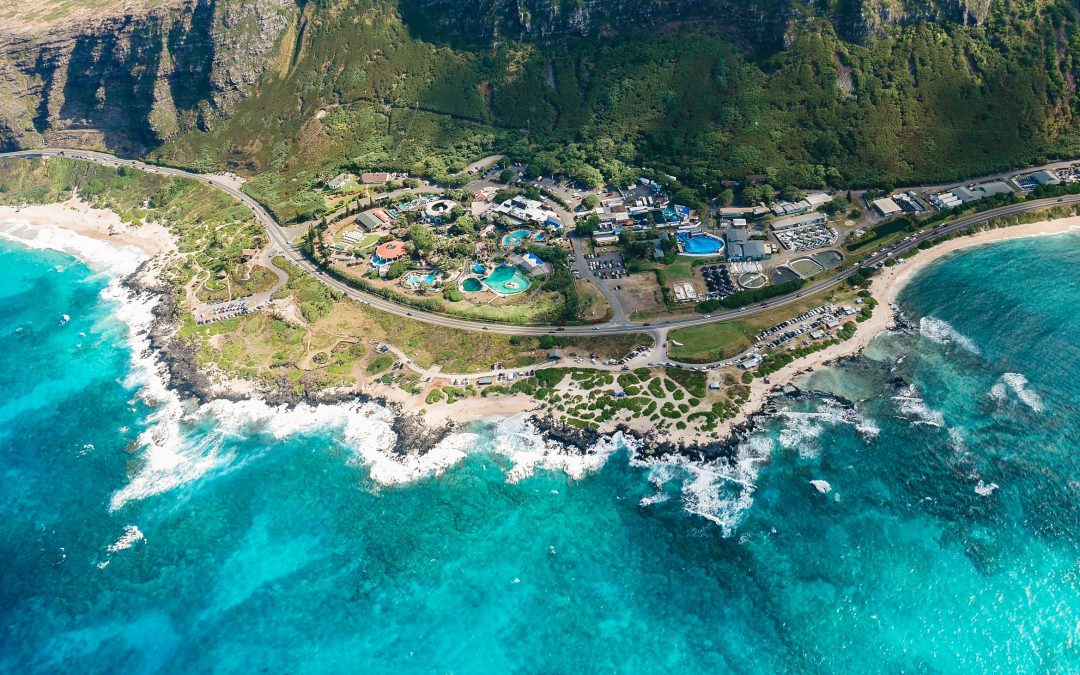 Kamehameha Highway, often shortened to Kam Highway, stretches 66 miles across the Hawaiian island of O’ahu. Traveling along Kam Highway is a great way to experience O’ahu’s beautiful North Shore. With miles of road, there’s plenty to see along this island highway.

Originally built in 1919, the La’ie Hawaii Temple was the first Latter-day Saint temple built in the Pacific. While the general public isn’t permitted inside the temple, its serene grounds and gardens provide a perfect photo opportunity.

La’ie Point is the perfect pit stop for the adventurous: many people enjoy the point by jumping off of it. For those who find themselves less adrenaline-inclined, La’ie Point State Wayside is a popular fishing location and a beautiful viewpoint for watching the sunrise.

The Polynesian Cultural Center, commonly called the PCC, educates visitors and provides them with an authentic Polynesian cultural experience. The PCC introduces visitors to the cultures of Hawaii, Tonga, Tahiti, and many elsewhere. It boasts an amazing luau and island-inspired dinner where visitors can try Kalua pork, poi, and other Hawaiian foods. The final attraction is the evening show “HA: Breath of Life.” Over 100 Polynesian performers from across the Pacific take part in the performance.

Waimea Bay is a prime spot for beachgoers. The shape of the bay allows waves to swell up to nearly 20 feet during the winter, but the waters are much calmer in the summer. The calm summer waters are perfect for snorkeling and fishing. Jumping off a small cliff in the bay is also a popular activity. Waimea Valley, not to be confused with Waimea Canyon on the island of Kauai, offers guided tours to educate visitors on the rich history of the land and culture.

If you’re looking to eat, Giovanni’s Shrimp Truck and Romy’s Shrimp Shack are two perfect stops along Kam Highway. Both are famous for their delectable shrimp—specifically their garlic shrimp. People love the shrimp so much that many are willing to wait in line for over an hour just to get a taste, so plan accordingly!

While not ideal for beginning surfers, the waves of Banzai Pipeline have garnered international fame. For a long time, the monstrous waves at Banzai Pipeline were considered impossible to ride consistently. Those who tried to surf the pipeline ended up with broken boards or broken bones. In addition to the massive waves, Banzai Pipeline is known to be dangerous for the shallow break and shark sightings. In recent years, however, Banzai Pipeline has come to host surfing and bodyboarding competitions. The average wave height of the swells is nine feet, but they can grow to over 20 feet under certain conditions. If you’re planning on seeing waves, be sure to stop by in the winter when the waves are at their largest.

If shrimp isn’t your thing, Matsumoto’s Shave Ice is famous among tourists and locals. Matsumoto’s has been around since 1951, and it boasts several different flavors of shave ice. In addition to shave ice, visitors can also pick up special Matsumoto’s pancake mix.

These beaches are ideal for watching the Hawaiian sunset. In addition, Sunset Beach is a popular surf spot, and Pupukea Beach (and nearby beach Shark’s Cove) is a famous snorkeling spot.

This small, offshore peak is a popular tourist spot and photo opportunity. Due to its strange shape, the small island is more commonly referred to as Chinaman’s Hat. Beyond taking photos from Kam Highway, during low tide, it’s actually possible to hike to Chinaman’s Hat without swimming.

The beautiful scenery of this popular destination has been used as a backdrop for many movies and TV shows, including Jurassic Park, Hawaii Five-O, Kong: Skull Island, Jumanji, 50 First Dates, and Lost. The whole ranch is over 4,000 acres and spans three valleys: Ka’a’awa Valley, Kualoa Valley, and Hakipu’u Valley. Kualoa Ranch can be explored via ATV, kayak, horseback, jungle jeep, or trolley.

These destinations along Kam Highway have gained acclaim not only because of how they show off the island’s spectacular natural beauty, but also because of the way they display the island’s culture.

Respecting the land and the people is important for O’ahu. After spending time at any of these locations, treat the area with Aloha and leave it better than you found it. This way, these Kamehameha Highway stops can still be there for years to come.