See the World or Save It

Travel has been steadily increasing for the past several years. Whether it’s for business or pleasure, education or social media posts, travel seems to be a part of everyone’s lives nowadays. But should it be?

Recently, the act of traveling has been attacked by environmental activists, and rightly so. According to the David Suzuki Foundation—a Canadian organization working to protect the environment—air travel accounted for 4–9 percent of the climate change effects wrought by human activity.

International travel’s CO2 emissions have skyrocketed in the past few decades, increasing 83 percent since 1990.

And those numbers will only go up in coming years as demand for travel continues to rise.

Let’s break down exactly how airplanes contribute to climate change and how that ultimately affects our travel experience itself.

When fuel is burned, carbon is released and creates CO2 by bonding with the oxygen in the air. So the more flights there are, the more CO2 is in the air.

Burning jet fuel releases other greenhouse gases as well, including nitrous oxides and water vapor. Sulphate and soot are also emitted into the atmosphere.

Most of these aircraft emissions are produced high in the atmosphere when the planes are at cruising altitude. These high-altitude emissions are detrimental for the climate because they set off a chain of chemical reactions that ultimately have an atmospheric warming effect.

Contrails are yet another problem. Contrails are the long lines of clouds planes leave behind them. The exhaust forms into these cloud-like structures because the water vapor is condensing at higher altitudes.

Before contrails disperse, they can spread over a mile wide and stay for several hours in the sky. These contrails trap heat trying to escape from the Earth, thereby contributing to global warming.

Night flights have a greater warming effect because during the day contrails reflect sunlight away from the Earth.

According to the Environmental Transport Association (ETA) in England, because of contrails and the several greenhouse gases planes emit, air travel ends up having twice the warming effect than the emitted carbon dioxide would have on its own.

So how much are you individually contributing to climate change when you fly?

The ETA has calculated that everyone’s personal carbon footprint needs to be 1.2 tons or less per year if we’re going to help the environment as scientists say we need to.

To illustrate what that looks like in terms of air travel, one round-trip flight between New York and London produces 1.2 tons of carbon dioxide per passenger. If you take that flight, you’ve used up your fair share of carbon emissions for the entire year. And there are more than 2,500 flights across the northern Atlantic every single day.

In other words, no matter what we do to help the environment, it’s ultimately not going to help if we continue flying.

The atmospheric effects of flying end up harming some of the exact things we fly to see.

Scientific American reported the higher CO2 levels in the air lead to extreme weather events no matter what the average global temperature is.

A portion of the Great Wall of China has been eroded due to extreme weather in recent years.

Droughts are becoming longer and more severe in the western United States, resulting in aggressive wildfires that destroy the natural forests. 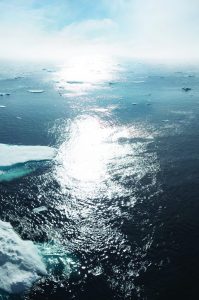 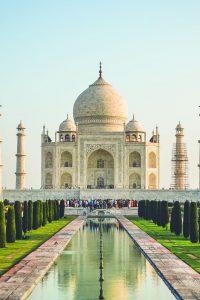 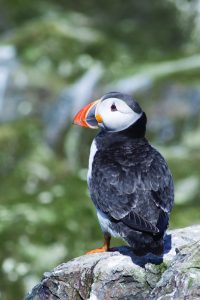 Since the Everglades are at the edge of the Florida Peninsula, the rising sea levels are throwing off the balance of the plants and animals there—not to mention higher sea levels may eventually envelop the Everglades all together.

Rising global temperatures and sea levels contribute to rising ocean temperatures and acidification. This is literally killing the Great Barrier Reef. Higher temperatures cause coral bleaching, destroying huge portions of the Reef, which can’t grow back because of the ocean’s rising acidity level.

The Ganges River in India, the Yellow River in China, and the Niger River in West Africa are all drying up because of climate change.

The Dead Sea in the state of Israel and Jordan is also dying, propelling the Israeli and Jordanian governments to work together to save it, a partnership that basically never happens.

Arabica, the most profitable kind of coffee, can only grow in certain conditions. But due to higher temperatures and less rain, it’s starting to disappear from Mt. Kilimanjaro.

Monarch butterflies’ migration and hibernation cycle is being thrown off due to climate changes in Mexico.

Climate change is also threatening the existence of several animal species due to habitat loss, including tigers, African elephants, snow leopards, polar bears, and Atlantic puffins—some of the exact animals people wish to see when they travel.

While climate change—significantly impacted by travel—is clearly harming the Earth in catastrophic ways, it can be said that travel is essential to environmentalism.

Through traveling, we learn to care about the world and the different habitats, people, and cultures in it. Without seeing those faraway places for ourselves, the only people who would truly care about them are the locals.

When we experience a place, we grow to love it, and when that place is threatened, we hurt with it.

Would the world care that the Dead Sea is dying if no one had ever gone to float in its salt-saturated waters?

Would anyone mind that the Great Barrier Reef is struggling if people never dove under the water to see the magnificent coral?

How could you care on a deeply personal level about the forests in Oregon and Washington if you never hiked through them?

Traveling connects us to the entire world by allowing us to interact with other people as well as the environment.

So what do we do when what connects us is also what’s going to kill us?

Vox has reported on how some people are trying to make flying greener. Some airlines are experimenting with using biofuels for their planes. Biofuels are made from plants and would not have a net effect on the climate.

France is planning to put a new tax on airlines, making flights more expensive in the hopes of somewhat offsetting the environmental harm flying causes.

There are other ideas for making flying more eco-friendly, including battery-powered planes, but all of those plans will not come to fruition for decades.

Credits and offsets are also an option. Websites will compute how much you are contributing to climate change with your flight and will then tell you how much you have to do to make up for it—whether that’s planting trees or donating to renewable energy projects. Unfortunately, a lot of the offsets don’t deliver the results they claim to.

The only fast solution to help with the climate change problems due to airplanes is to stop flying. Some people are trying to do their part by pledging not to fly anymore, but that isn’t always a viable option.

However, when possible, we should use cars and trains while traveling since those modes of transportation are better for the Earth no matter how far the travel distance.

We should especially use cars and trains when we travel shorter distances. Shorter flights are proportionally worse for the climate than longer flights, because takeoff and landing burn the most fuel.

But ultimately, reducing how often we fly isn’t going to be enough. Scientists say that we need to cut our carbon emissions by more than half by 2030 if we’re going to actually mitigate global warming.

The carbon emissions and other global warming effects from flying are so great that if we keep flying at the current rate, other carbon cuts in our lifestyles won’t make too much of a difference.

We would have to drastically cut down on how often we fly if we’re going to do what the scientists have said.

With how the travel industry is growing, this doesn’t seem like it’s going to happen. But it’s also our only choice.

Maybe instead of trying to reinvent travel transportation in an incredibly unrealistic amount of time, we need to stop traveling and find a new way to connect with, appreciate, and care about the world without seeing it up close.