Budapest by the Banks 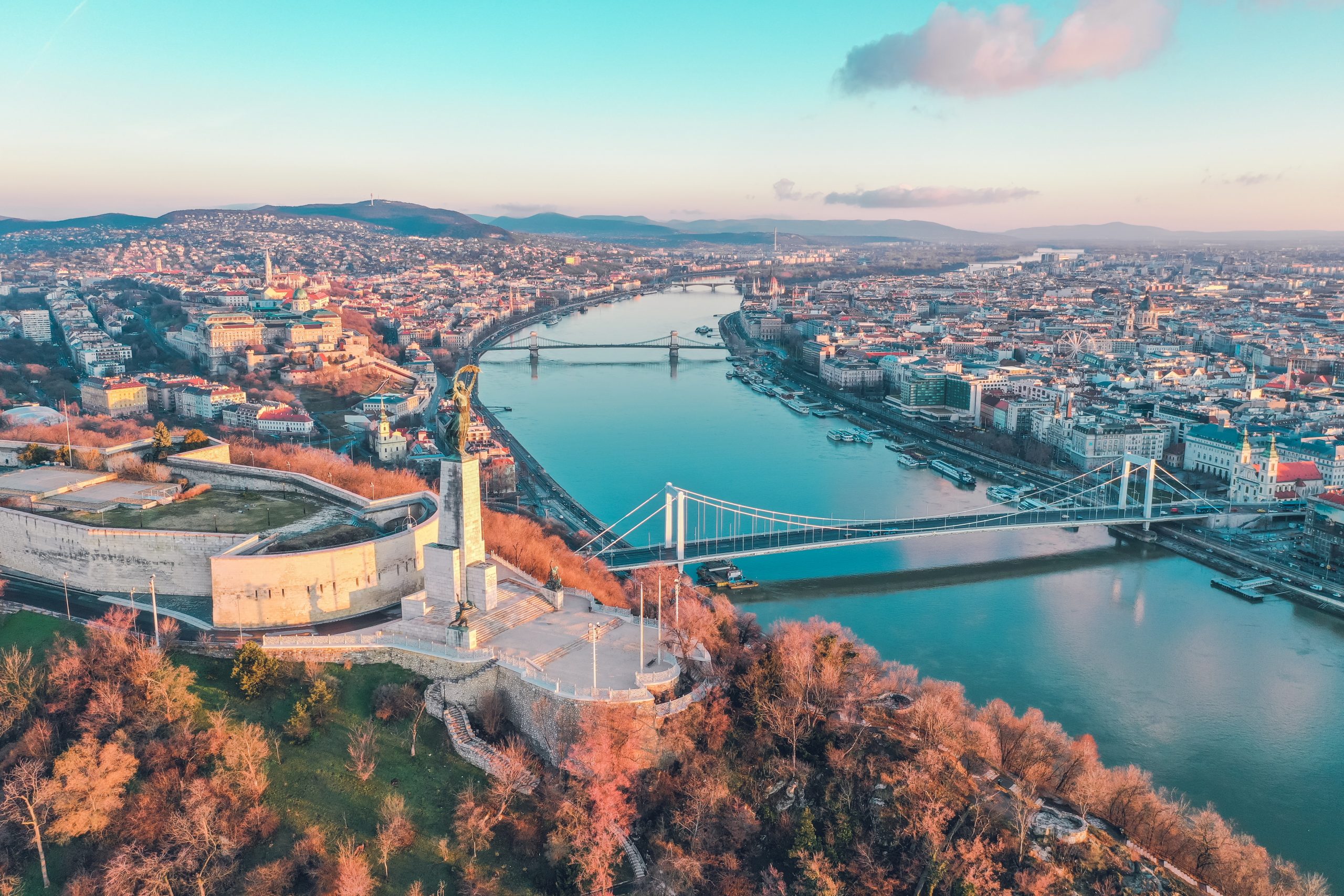 I first saw the Danube River at night.

After a long flight from Salt Lake to Amsterdam and from Amsterdam to Budapest—“Budapesht,” corrected my Hungarian-speaking husband—we were cold (’twas the day after Christmas), hungry, and exhausted.

We decided we couldn’t let fatigue or the elements prevent us from seeing the city, so we walked just a block or two from our hotel to the east bank of the Danube. Past the dark, Soviet bloc-era buildings, I saw the glittering city lights, watery shadows, and buildings thousands of years old, all reflected on the wide expanse of the river.

The Danube, which splits Budapest down the middle—Buda on the west and Pest on the east—has the privilege of hosting the city’s most iconic buildings and attractions. That first night in Budapest, I walked four miles up and down this “water highway” seeing the sites. Here are six you should definitely see from the banks of this iconic river. 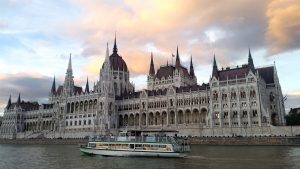 The building is 879 feet (268 m) long and is 315 feet (96 m) tall. Decked out in gold (painted on with squirrel-hair brushes), an ornate staircase, stained glass windows, and cigar holders for members of parliament, the Hungarian Parliament Building is lavish and luxurious (despite the fact that it used ice blocks as an air conditioning method until 1990). Tours are available in a multitude of languages.

Shoes on the Danube 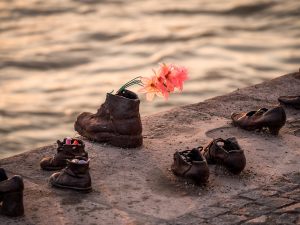 Walk along the riverfront near the Parliament building and you’ll run into a peculiar sight: a collection of shoes.

Women’s high heels, men’s boots, a child’s shoe, all memorialized in bronze. The owners of these shoes were Hungarian Jews who were lined up on the Danube’s banks and shot by fascist Arrow Cross militiamen during World War II. These shoes honor those who brutally lost their lives and stand as a sobering, emotional reminder of the atrocities of racism and war.

The bridge was destroyed by the Germans in 1945 but rebuilt just four years later. This is one of many symbols of Hungary’s perseverance in the face of many, many political hardships.

You can cross the Chain Bridge by bus, taxi, Uber, or foot; chances are you will encounter the bridge at least once or twice on your Danube exploration. If you can’t make it all the way to Budapest to see the bridge, see its cameo role in Katy Perry’s music video, “Firework.”

Translating to “Fisherman’s Bastion,” the Halászbástya is one of the most beautiful and sought-after tourist locations to grace the Danube. Built to celebrate the Hungarian state’s thousandth birthday in the late 1800s and early 1900s (yes, you read that right), the castle-esque, neo-Romanesque structure offers a beautiful, panoramic view of the city and the Danube from its terraces. It features large statues of prominent Hungarian figures and has long, ornate bastions connected to the outside courtyard. If you can find a place clear from the hordes of flocking tourists, this is a perfectly Instagram-able photo opportunity.

Although many Hungarians today are Protestant, one of the major attractions to see from the Danube is St. Stephen’s Basilica, a Roman Catholic basilica named after the first king of Hungary. Stephen I’s mummified “incorruptible” right hand, which is known as The Holy Right, is housed within the basilica in a golden reliquary, as it has been since his death in 1038.

The two towers are home to six bells, with the Szent István-bell weighing 20,392 pounds (9250 kg). These bells are only rung on St. Stephen’s Day—which celebrates St. Stephen’s canonization by Pope Gregory VII on August 20, 1038—and New Year’s Eve.

Buda Castle, which graces the top of Castle Hill, is a UNESCO World Heritage Site as of 1987. The castle, which was first completed in 1265 and most recent additions completed in the eighteenth century, is a Baroque-style palace that was home to Hungarian kings. (And, during the Ottoman Era, home to tigers and Hungarian mountain bears stored there by hunters.) Today, it houses the Hungarian National Gallery and the Budapest History Museum. With decades of history and jaw-dropping architecture, Buda Castle is definitely worth a tour.

Hungary’s architecture, history, and natural beauty make it one of Europe’s hidden vacation gems. If you visit Budapest, you won’t have to venture far from the Danube to experience the city.