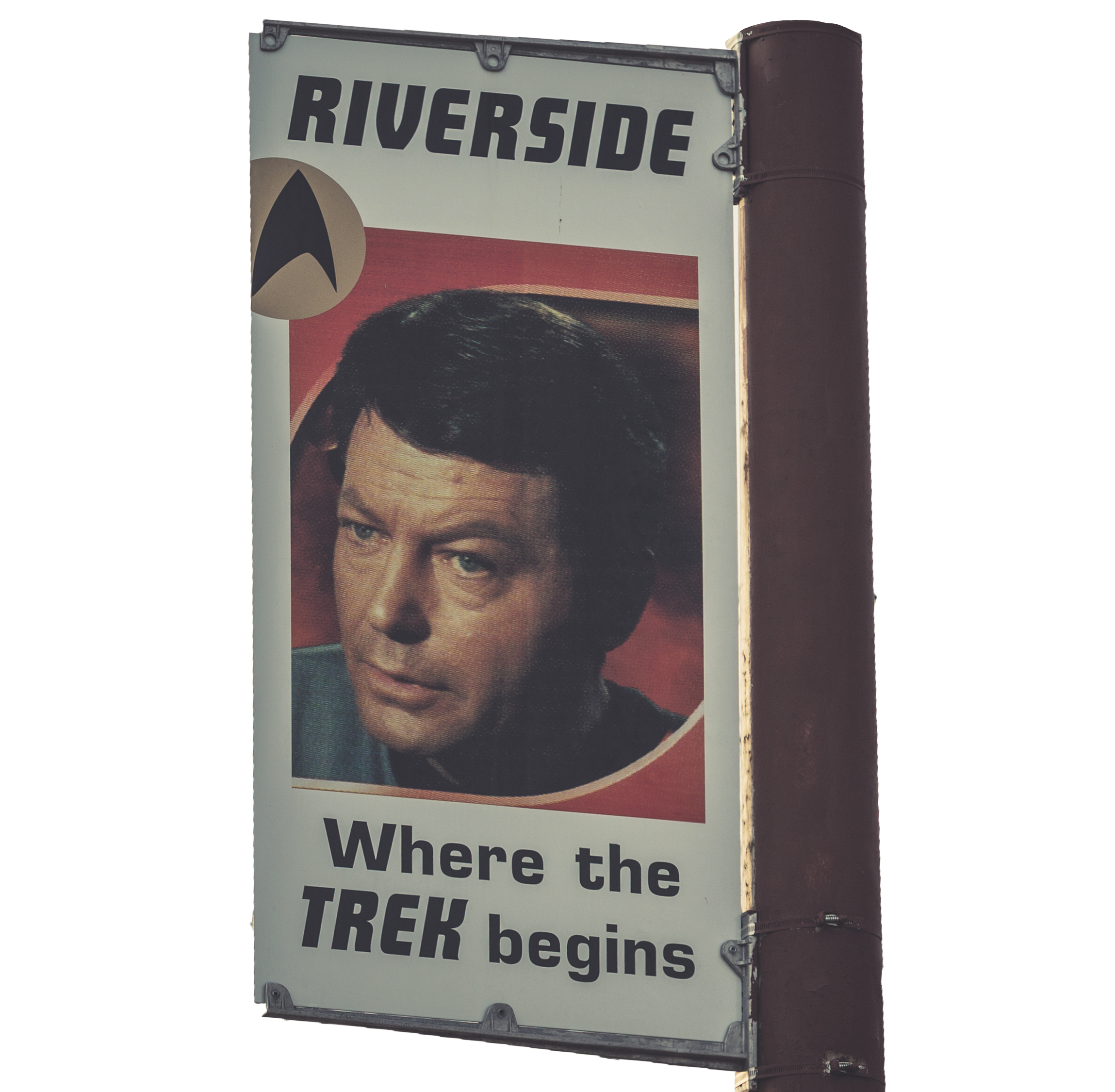 Unless you consider yourself a serious Trekkie, you may have never heard of Riverside, Iowa. This small town in the southeast corner of Iowa is home to fewer than 1,000 people. But in the year 2228, Riverside will become home to a very important hero: Captain Kirk.

The 1960s TV series Star Trek by Gene Roddenberry has exploded into a media franchise that includes over a dozen films and eight TV series. The character James Tiberius Kirk, captain of the starship USS Enterprise, leads an expedition into outer space “to boldly go where no man has gone before.”

In 1985, a certain small town—Riverside, to be exact—was planning its annual festival, and it needed a theme. According to Roddenberry’s book The Making of Star Trek, James T. Kirk was born in a small town in Iowa. A member of Riverside’s city council suggested that the town announce itself to be the birthplace of Captain Kirk. The rest of the council supported the idea unanimously. With the permission of Roddenberry, Riverside became the official home of Captain Kirk.

Riverside has since been crammed chock-full of Star Trek attractions, including a model of the USS Enterprise, a gravestone-like plaque that marks Riverside as Kirk’s birthplace, and a Star Trek museum.

Though its original purpose was to preserve the history of Riverside, this museum, officially titled The Voyage Home Riverside History Center, has been nicknamed the Star Trek Museum. Inside, there are displays of Star Trek characters and spaceships, including cardboard cutouts of Captain Kirk and Spock that you can take photos with. Even the museum’s bathrooms are thematic, with a display of the captain’s chair in the USS Enterprise.

When the 1985 city council voted to connect Riverside and Star Trek, the two quickly became inseparable. What used to be a regular town on the banks of the English River suddenly had meaning beyond itself. Even its history museum turned into a fan attraction. It’s as if Captain Kirk has taken over the town and declared himself its ruler.

The same phenomenon has happened in other small towns like Preston, Idaho, the setting for Napoleon Dynamite, and Forks, Washington, where Twilight takes place. When a small town hangs on to one claim to fame, that claim can become its main identity.

How do the residents of Riverside feel about their town’s identity? Was linking Riverside to Star Trek a good change or a bad one? Are you even allowed to live there if you haven’t seen Star Trek?

Tourist attractions like the Star Trek museum can be good for business and tourism, but for some residents, they can be a sad reminder of how little the town means outside of its Trekkie-ness.

But go and see for yourself! Is Riverside really as one-dimensional as it portrays itself to be? Is there more to the town than its connection to Star Trek? Or will Captain Kirk always represent the people of Riverside?