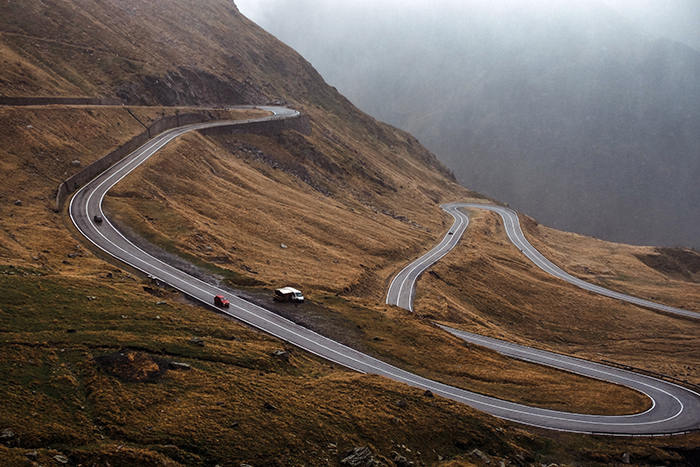 Transylvania is home to over six million Romanians and one incredibly mythicized monster: Dracula. However, Dracula isn’t the only thing that makes Transylvania alluring. But it is a big factor in the region’s tourism. Interestingly enough, all of this hype started with a British novel.

Bram Stoker’s namesake character in his 1897 novel Dracula was likely based on the historical Romanian figure of Vlad Dracul, more commonly known as Vlad the Impaler, a 1400s vigilante who basically singlehandedly took back his principality, Wallachia, from the Turks.

Vlad was famous for torturing his enemies and impaling thousands of their heads on spikes, namely his Turkish enemies. Dracula has since become immortalized in pop culture, and Transylvania definitely takes advantage of these myths and all the hype around the story to promote tourism. Now, when you hear “Transylvania,” vampires are what come to mind. 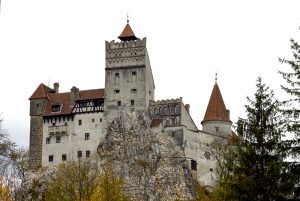 If you’re seeking to take part in the vampire craze, you’ll want to stop by Bran Castle, the designated tourist site for all things vampire in Braşov, Romania. Though not the main castle of Vlad the Impaler, the building still gives an impressive image for what Bram Stoker might have had in mind for his villain. One of the features of the castle is a creepy secret passageway. There is also a gift shop and several other shops along the streets outside the castle where you can buy Dracula-themed paraphernalia and scare yourself in a little haunted house.

But there’s so much more to this Romanian region than the vampire stories. Along with Bran Castle, consider visiting some of the following sites on your trip to Transylvania that aren’t about vampires.

Believe it or not, Transylvania’s Carpathian mountain range is filled with a not-so-mythical creature: the brown bear. In fact, at Braşov’s Libearty Bear Sanctuary in Zărneşti (just over thirty minutes from Bran Castle), you can observe these incredible creatures. 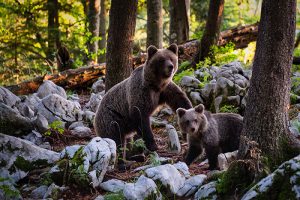 The bears come from zoos or other caged environments. At the sanctuary, they are free to roam a much larger, more natural space. The sanctuary is comprised of 160 acres of forest, plenty for the bears to roam freely (though there are safety fences and security cameras throughout).

It’s safe and comfortable for both bears and visitors and makes an amazing stop when touring the Transylvanian landscape. While the sanctuary is a great way to ensure you’ll actually see bears, you could also book a tour with a guide to take you to look for bears in their natural habitat—the forest.

While the sanctuary is a great way to ensure you’ll actually see bears, you could also book a tour with a guide to take you to look for bears in their natural habitat—the forest. 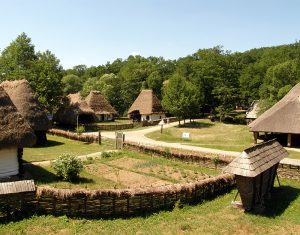 To the west of Zărneşti stands a pretty unique museum. Located in Sibiu, the ASTRA Museum of Traditional Folk Civilization is completely outside! With over 400 traditional folk buildings from times past, including the museum’s famous windmills, it may feel like you’re in an old Romanian village. There are even restaurants and activities you can try inside to help you latch onto that feeling even more. 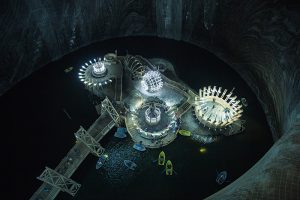 At Salina Turda, you can find yourself exploring the depths of an ancient mine. Excavated with various wells, this salt mine has been remodeled as a museum depicting the history of salt mining (you can see the thick, natural salt on the walls), and as an amusement park-style attraction. There are several different spaces within the mine, but the craziest one of them all is what was once the Terezia Mine: now, it houses a UFO-shaped structure on top of a lake where guests can ride a ferris wheel, take boat rides on the lake, and play mini golf.

Despite Vlad Dracul’s notoriously destructive nature, Transylvania’s nature is remarkably reconstructive. Transylvania is known for its many health benefits—including its salt water. The most famous healing water is found at Lake Ursu, or Bear Lake, which gets its name from its bearskin shape. Part of the Sovata resort, the lake has a ginormous salt content and is able to absorb heat from the sun. In fact, it’s the largest heliotherm lake in the world. The lake has a layer of fresh water that acts as a barrier and keeps the warm sunlight in the salt-water layer below. (Supposedly, the salt water can help heal fertility issues.) While you relax in these sun-heated waters, you can also observe the luscious greenery surrounding the lake, courtesy of the rich volcanic soil. Patrons can swim between 10:00 a.m. and 6:00 p.m. and enjoy the other various spas the resort has to offer.

If you’re hankering for a road trip, Transylvania is home to some of the highest roads in the world. The Transfăgărăşan Road reaches the lofty altitude of 6,699 feet (2,042 meters) and spans a windy 60 miles (90 kilometers). The road includes dark tunnels and curves like a long snake along the mountainside.

The best way to truly enjoy the Transfăgărăşan is to stop along it for adventure. You can take a hike in the Făgărăş mountains, view the Vidraru Dam, and go fishing at the gorgeous Bâlea Lake. During the winter, the lake can be accessed only by cable car, and because of the high elevation (6,673 feet or 2,034 meters), it is cold enough that every year an incredible hotel is built out of the area’s ice.

The Transalpina Road is the highest road in Romania, reaching 7,037 feet (2,145 meters), and is about 92 miles (148 kilometers) long. Like the Transfăgărăşan, there are plenty of beautiful stops on this highway. You can explore Lake Galcescu, the biggest lake in the Parâng Mountains, wander around the historic Oasa Monastery, and enjoy the Ski Resort Transalpina. Both of these roads are so high that they are closed off during the winter months because of all the snow and ice, so be sure to take that into consideration when you plan your trip.

Whichever road you choose to take, don’t forget to pack a lunch—you’re bound to enjoy the view.

While you may still go see Bran Castle, hopefully when you make your visit to Transylvania, you’ll consider the other awesome places you can go as well. Be sure to check out as many as you can!