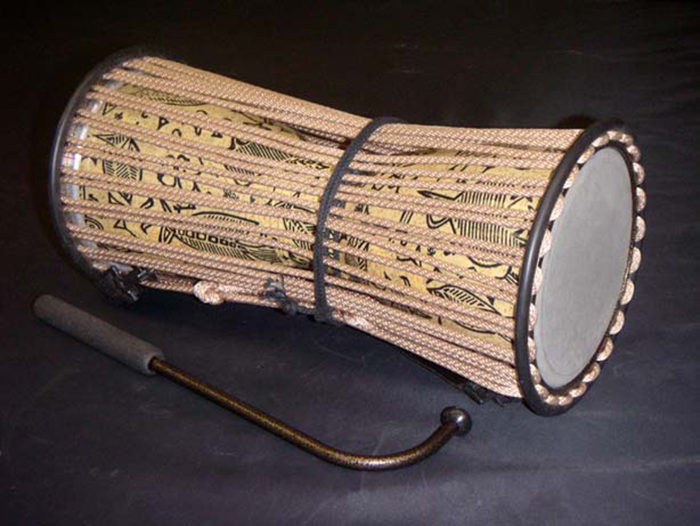 A deeply traditional musical sensation has been sweeping through West Africa’s Senegal for the past few decades, and it continues to be an ever-evolving art form that only grows in popularity in this day and age.

This music, known as mbalax (pronounced “mm-ballah”), has taken over Senegal, spread to neighboring countries, and hopped into Europe. Mbalax is the modern pop dance and party music of Senegal, though it originates from various traditions in the Wolof and Serer tribes of the country. Its sound has been modernized and changed as other cultures have added to it over time.

Among the Wolof people, the largest ethnic group in Senegal, music was traditionally performed by griots, individuals who serve a role as musicians, storytellers, and preservers of history. Griots sing at important events such as weddings and funerals, and social issues are often a primary topic of their music. Some modern singers of mbalax music come from the hereditary lines of griots.

Today, mbalax still incorporates traditional rhythms and sounds, but they are heavily influenced by other cultures. Cuban salsa has had a big impact on how the music has evolved, as well as other Latin music and jazz. Because of the Islamic influences in Senegal, mbalax music has not only an African sound but also an Arab sound in its rhythms and vocals. Mbalax may be sung in Wolof, French, or English. All of these elements combine to make a quick beat and a bright, heavy tone full of deep drum beats and vibrant vocals.

Mbalax all started with a man named Youssou N’Dour, who is considered the first mbalax artist. He is of both Wolof and Serer descent, but grew up in the Wolof tradition, and is from a griot line. Early in his career, he was part of a band called Star Band; in the late 70s he helped form another band called Étoile de Dakar. He promotes Africanized music while also blending it with other cultures, which has helped make the music more popular. One of his most successful songs, which had huge success in Europe, was “7 Seconds,” which he sang with Neneh Cherry. 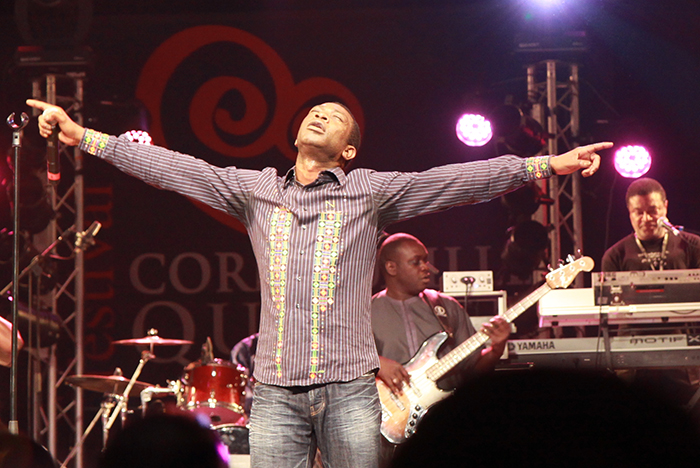 Traditional mbalax music used several different kinds of instruments, including drums, such as the sabar and the tama, and a stringed instrument, the xalam. The primary drum, the sabar, is a tall drum that is played both with a stick and with hands. When used, it is played quickly, with an enthusiastic rhythm. The tama is an hourglass-shaped drum that has two ends and can be played on either one.

Chords are strung between the two, and they can be pulled to adjust the pitch. The pitches the tama can achieve sound like human speech, hence its nickname “talking drum.” The xalam is an instrument that could be compared to a lute mixed with a banjo. It has an oval-shaped base covered in animal skin and strings made of fishing line.

Modern influence has added electronic instruments to the mix, such as electric keyboards. 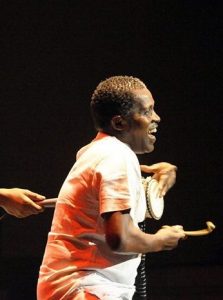 Photo by Henryk Kotowski; changes made

The Future of Mbalax

Today, a debate goes on about what should happen to mbalax music going forward. Though it has now spread to a more international audience, it has yet to become a globally known style. As it has increased in popularity, it has meshed with other music, becoming more and more popular the less traditional it has been.

As the new mbalax stars continue to evolve the genre and carry on N’Dour’s legacy, the music may lose more of its African roots, but reach a larger audience. While it would be a tragedy for any of the traditional instruments, tonal patterns, and music styles to disappear entirely, a global awareness of mbalax would ensure that remnants of them be remembered by others. And that’s worth something.