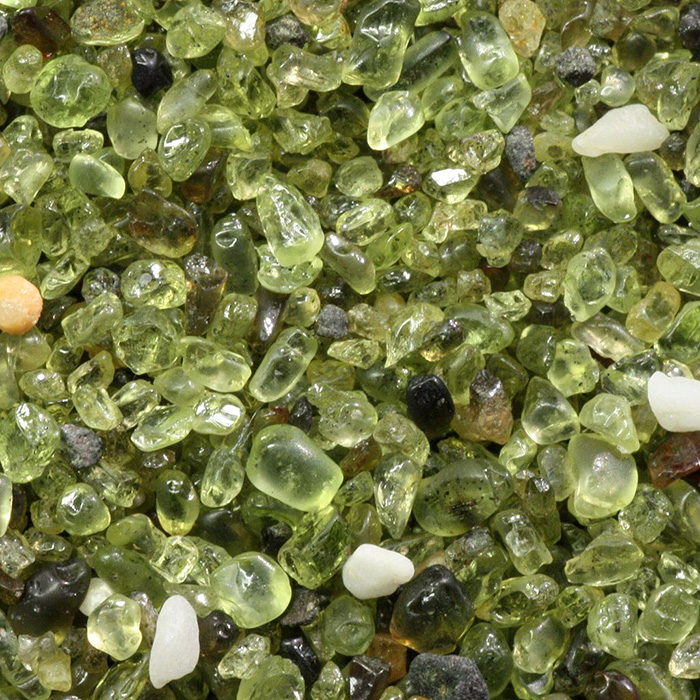 I still remember my first trip to Hawaii—I was so excited to get my feet in the sand. Growing up and listening to Iz sing about the beautiful white sandy beaches of Hawaii, I thought it truly sounded like heaven on earth. 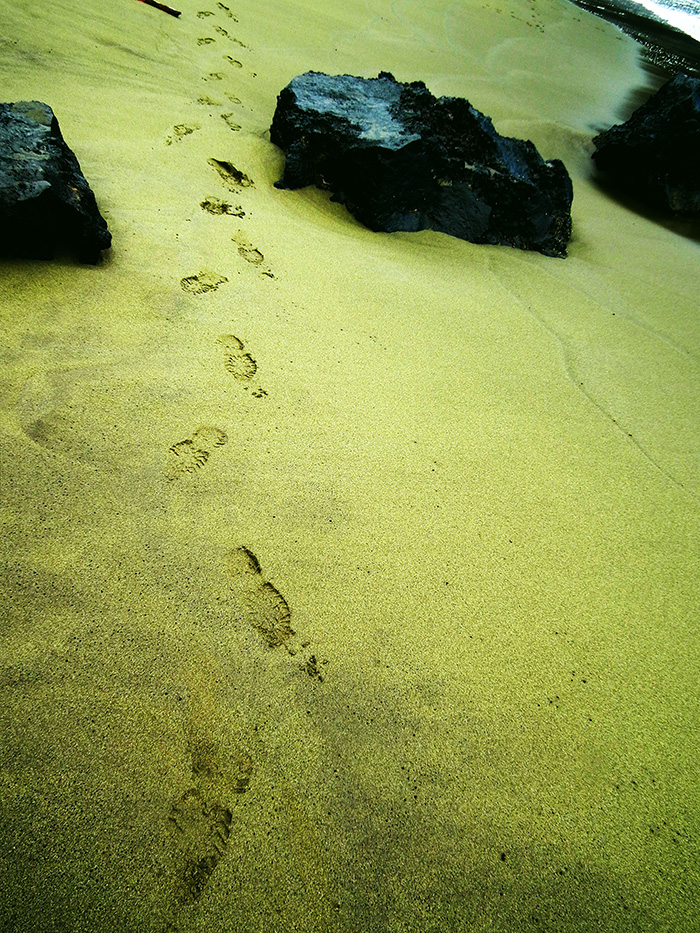 Hawaiian Islands. I wasn’t surprised to see a beautiful white or a lustrous black, and being from a desert, I know red sand isn’t uncommon. What surprised me was the green sand that could have been straight out of the Emerald City.

Looking up the location of this elusive green sand, I found out that it came from a beach on the southernmost point of the Big Island. This beach is truly off the beaten path, accessible only on foot to help preserve the beauty of the beach. The roughness of the three-mile hike is due to vehicle traffic and erosion (though you can hire a driver). Once you reach the cove, you have to climb down the cinder cone volcano to get to the actual beach.

It’s worth the journey. Being one of four green beaches in the world (the others being Talofofo Beach, Guam; Punta Cormorant, Galápagos Islands; and Hornindalsvatnet, Norway), it’s a true natural gem.

Olivine, which gives the sand its emerald hue, is known as the “Hawaiian Diamond” and is found in large quantity on O‘ahu’s central volcano, Diamond Head. The olivine is trapped as crystals in the volcanic ash. As the volcanic rock is eroded by crashing waves, the crystal is released from the rock. Because olivine is denser and heavier, it is left behind and the volcanic sand is washed away. The green mineral is then mixed with the brown sand from the cliffs surrounding the cove, creating the green-hued sand. 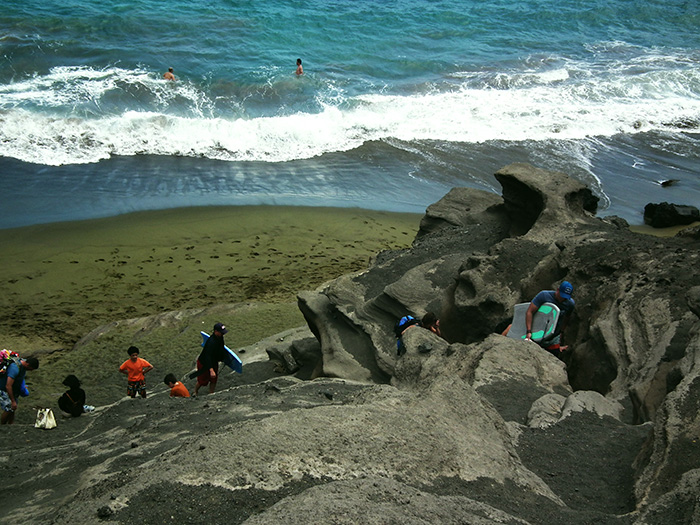 Truly one of Mother Nature’s gems, a rarity in the world, and one that is disappearing, the green sand beach is a must-add to any traveler’s bucket list.