Der Mauerfall: The Fall of the Berlin Wall 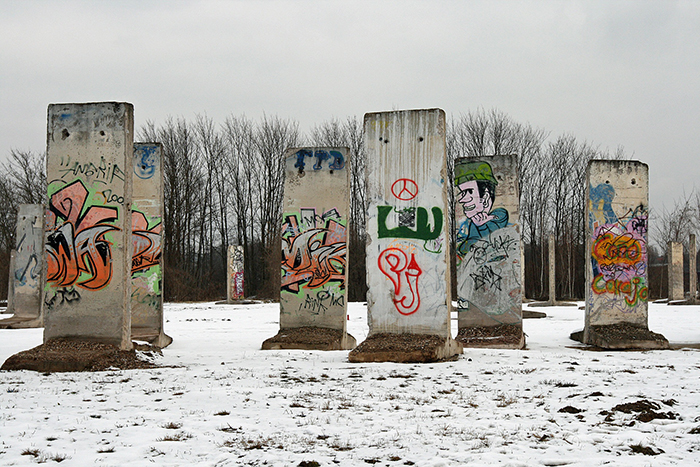 Looking for a place to go that’s historical but that can still party? Germany is that place, especially since this year, 2019, was the 30th anniversary of the fall of the Berlin Wall.

It came as a shock to even some of the Germans when the wall fell because the wall had lasted for over two decades. German teenagers and some young adults never knew anything different. The Berlin Wall divided a city and a country and prevented recovery from World War II after being erected basically overnight in 1961.

Since the wall’s fall on November 9, 1989, celebrations and festivities have been held every year to commemorate the rise of democracy and freedom.

Der Mauerfall, as the fall of the Berlin Wall is called in German, came as a surprise to Sandra Ehlert, a native German who was visiting both West and East Berlin about three weeks before the momentous Mauerfall.

However, Laura Rawlins, an American working for a family as part of a Brigham Young University internship in Berlin before the Mauerfall, could see the inklings of protests.

History of a Divided Berlin, the Wall, and Revolution

Surrounding West Berlin, the Berlin Wall effectively kept Easterners, who occupied East Germany and East Berlin, from escaping the USSR to freedom in West Berlin, which was occupied by the United States, the United Kingdom, and France.

The wall itself was made of concrete panels 3.6 meters high (about 12 feet), topped with barbed wire. There was a strip of land next to the Eastern Wall: a no-man’s-land that crawled with guards, police dogs, and alarms; as well as a second wall, the Western Wall, that people could walk right up to. However, the guard towers on the two walls easily made people wary.

“A lot of people died trying to flee East Berlin,” Sandra said, confirming all the fears that one could have. Nearly 140 East Berliners died trying to cross. “They had to be really determined,” explained Laura regarding those that tried to cross.

The wall was built in the midst of the Cold War between the USSR and the US as a way for the USSR to prevent fleeing, as well as to assert its dominance.

In the June of 1948, the USSR closed all incoming roads, canals, and trains from West Germany into West Berlin, forcing the Berlin Airlift to commence. Nearly two years’ worth of airlifted food, supplies, and medicine—a total of more than 2.3 million tons (2.3 Tg)—was lifted into the allies’ sectors of the city. 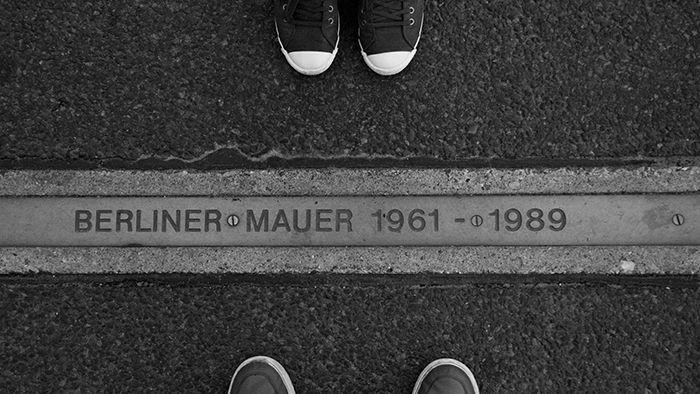 Sandra was 16 years old when she went from her home in Hamm, near Münster in Western Germany, to Berlin on a school trip. She and her fellow students had to take a train to the divided city: beginning with a steam engine through West Germany, switching the steam engine for a diesel one through East Germany, then replacing the original steam engine once they reached West Berlin.

Because there had been different currency between the two parts of the capital, Sandra explained, they had to exchange their money.

“But then, you then had to donate [not exchange] your money at the border,” she continued, “because you weren’t allowed to have East German 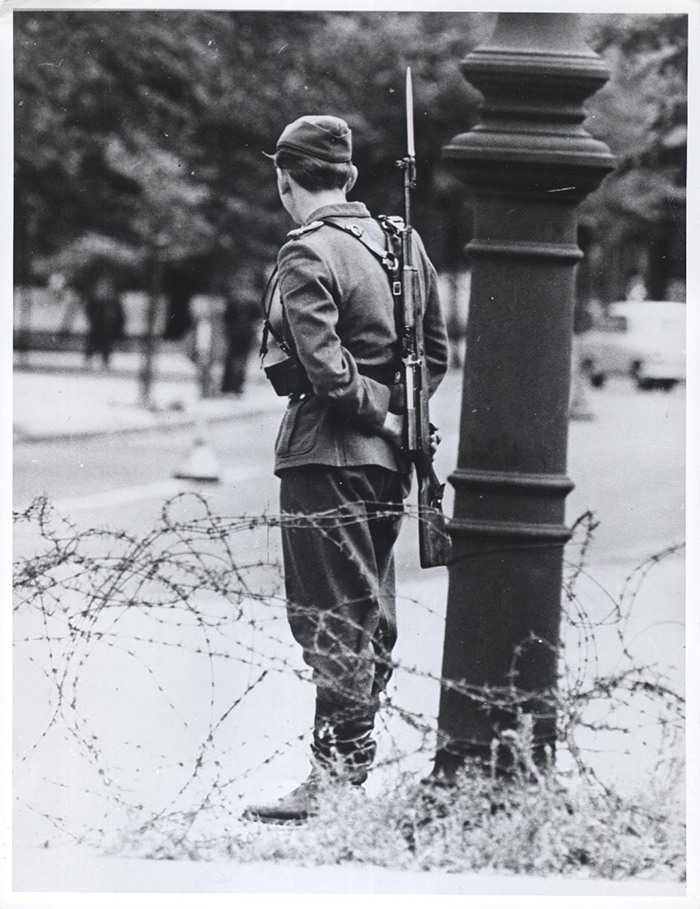 things in the West.”

Laura, who was 18 during her first visit to Berlin for her internship, confirmed the same thing: “The woman of the family I was working for had picked up all these things [like ornaments and presents from East Germany in the Ore Mountains] and hid them in the back of our car. Had I known that, I would have been more terrified, because as we were going back to the West, they actually pulled the seats out of the car [in front of us]. . . . We could have gotten in a lot of trouble.”

Sandra grew up in West Germany and defined herself as a West German, so when she was young, she saw the Mauerfall as an impossibility. “Most of all, unreal,” Sandra said, explaining her feelings about the Mauerfall. “[That’s] what I found so interesting: There was absolutely no indication whatsoever that this would happen just a few weeks later.”

Laura even said, during her internship, that “[it] was really strange to think that you’re in this medieval city where you were walled in. It was sobering to see the wall for the first time.” Looking back at the Mauerfall, “it was completely unbelievable,” said Laura. 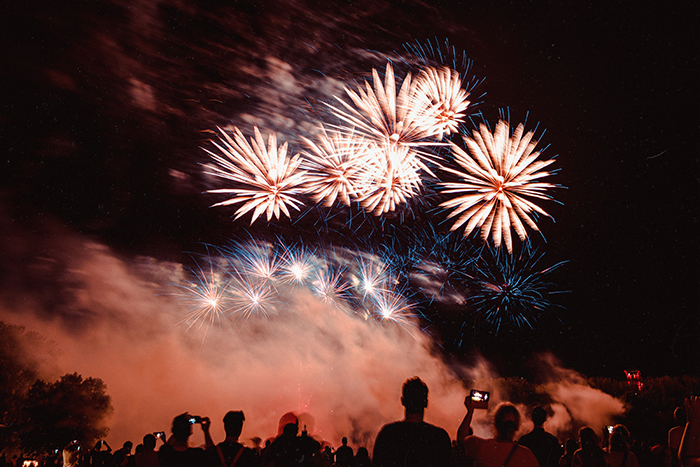 If you want to visit Berlin for the celebration of the Mauerfall, then plan your trip for October, instead of November: Germans have a national holiday on October 3, which was the designated Unity Day set in 1990. Most of the celebrations happen around this day, especially because October 3 is also Oktoberfest.

Due to the brutal massacre of Jews by Nazis, called Kristallnacht, on November 9, 1938, there is not a national holiday on the day the Mauerfall occurred. It was deemed inappropriate to have such large-scale celebrations on the anniversary of such an inhumane day.

The Unity Day celebrations this year were mainly held in Kiel, near the northern border with Denmark, but it was celebrated throughout the country. Mainly consisting of festivals, fireworks, and speeches, German Unity Day is a day that no one would want to miss. Each state celebrates it slightly differently, so do some research before traveling.

However, the small festivities were easily overshadowed by Berlin’s week-long celebration—the week leading up to the Mauerfall on November 9.

These locations are beautiful and historical year-round, but during the 7 Days, 7 Locations activities, each of the locations were lit up with fireworks, concerts, film showings, and more in over 200 events.

The art installation called “Vision in Motion” was strewn in a canopy down the Straße des 17. Juni (the 17th of June Street), leading up to the Brandenburg Gate. It consisted of blue and yellow ribbons written with the hopes of thirty thousand people for the future. Likewise, the East Side Gallery and Alexander Plaza projected images and videos onto the surrounding buildings of the oppressed Easterners and onto the Peaceful Protests that occurred before the Mauerfall.
The Instagram of the event, @mauerfall30, shows photos and videos of the construction, preparation, and celebration of it all.

Even today, there are still differences between East and West Berlin; “it’s still so obvious to me,” said Laura.
Be sure to visit both sides of Germany and Berlin to really get a feel for the division and conflict that developed their different cultures. 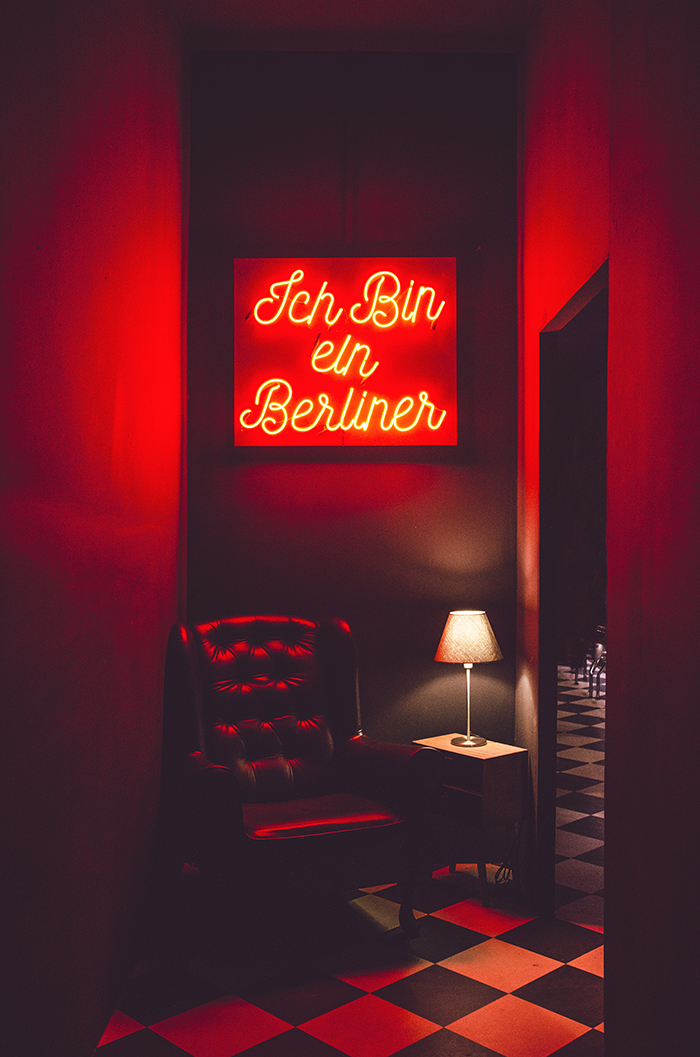 Today, the longest intact piece of the Wall is the East Side Gallery (at about 1.3 kilometers/0.81 miles long) which was converted into an open-air museum in September 1990. Immediately after the Mauerfall, artists from over twenty countries came and started painting the wall, leaving it full of life as well as sometimes being satirical.

Pieces of the Wall were also partitioned off as signs of peace from Germany to other countries of the world. Therefore, there are parts scattered around the world: the United States, France, the United Kingdom, Luxembourg, South Korea, and even the Vatican.

From the memorials of the Mauerfall to the places of the Peaceful Revolution, there are plenty of places to see and visit in Berlin, but everywhere you go, you can feel the words “Ich bin ein Berliner,” spoken by President Kennedy, resonating through the air. Mainly, it is a place to reflect on freedom and unity, and a place to get a Berliner donut.