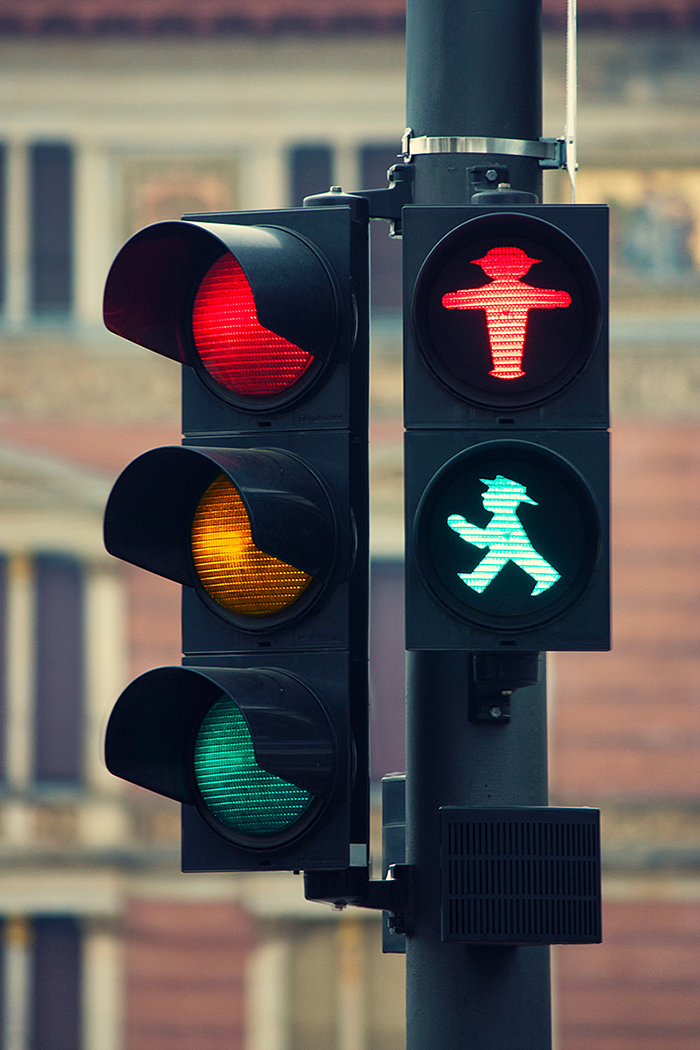 They always say the bigger you are the harder you fall—but it should be the bigger you are, the prettier your city transit should be. We all have to get around—whether it be by foot, bike, car, train, or plane—and for the majority of people, that means taking public transit. 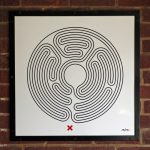 In 2013, the London Tube celebrated 150 years of transportation service. To commemorate this, they hired an artist to create a labyrinth maze to place in all of the tube stations. However, the artist did one better and created a different labyrinth maze for all 270 stations. This has resulted in a race to see who can complete all the labyrinths in the shortest time; the order of fastest completion is posted in the bottom corner of the plaques.

One of the newer transit systems in the world is in Taipei. Created in the late 1990s, the Taipei Mass Rapid Transit (MRT) wanted to create stations that were museums without walls that people would want to visit. A big part of this was incorporating light into the system, with a large gardenesque rotunda, near their central park, and a “Dome of Light”—the largest public art installation in the world, which depicts the story of human life.

Following the Korean War, North Korea was left in rubble, resulting in the country having to rebuild much of its infrastructure—including the metro. This need for reconstruction was seen as an opportunity to educate citizens about different aspects of North Korean history and ideology.

To accomplish this, they created underground palaces with imperialistic chandeliers and pillars depicting the history of Korea in frieze format. Other stations include mosaics of rebuilding North Korea after the war, the rise to power of the Worker’s Party, and the hope that these events brought. One station even has a giant gold statue of Kim Il-sung gloriously leading the people into the future. To further these goals, the metro is one of the few places people can read the news, with framed editions of the paper on the walls. 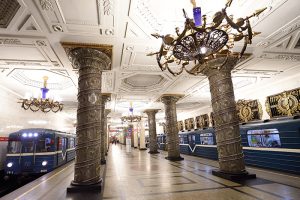 When St. Petersburg put in its first metro line in 1955, Russia was going through its Soviet period. As a result, the metro was considered to be the “palace of the people” and was decorated as richly as the palaces of the Romanovs, with chandeliers, intricate pillars, and ceiling friezes. As each additional metro line was added, the metro became a place to preserve Russian history and art. What resulted were many unique works of art; no two stations look the same. Some stations model the Romanov palaces, others feature mosaics with the symbols and history of Russia, and some have marble statues to commemorate famous Russians. 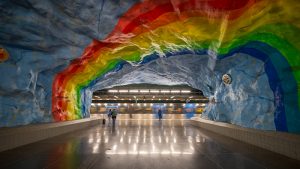 The first metro system to decorate its stations with art was Stockholm, earning it the nickname “the world’s longest art gallery.” This “art gallery” began in the late 1950s but has continued to grow as new stations are decorated. One such addition occurred in 1973 to celebrate the 1912 Stockholm Olympics, with a painting of the rainbow representing the five Olympic rings.

Transit systems all over the world are realizing the most important thing about transit: people use it. They should be tailored so that people will want to use them. While there needs to be functionality in a transit system, it doesn’t have to be a dreary gray scene that people hate visiting every day. Transit can be something of a delight and beauty in our everyday lives.