10 Libraries Every Reader Needs to Visit 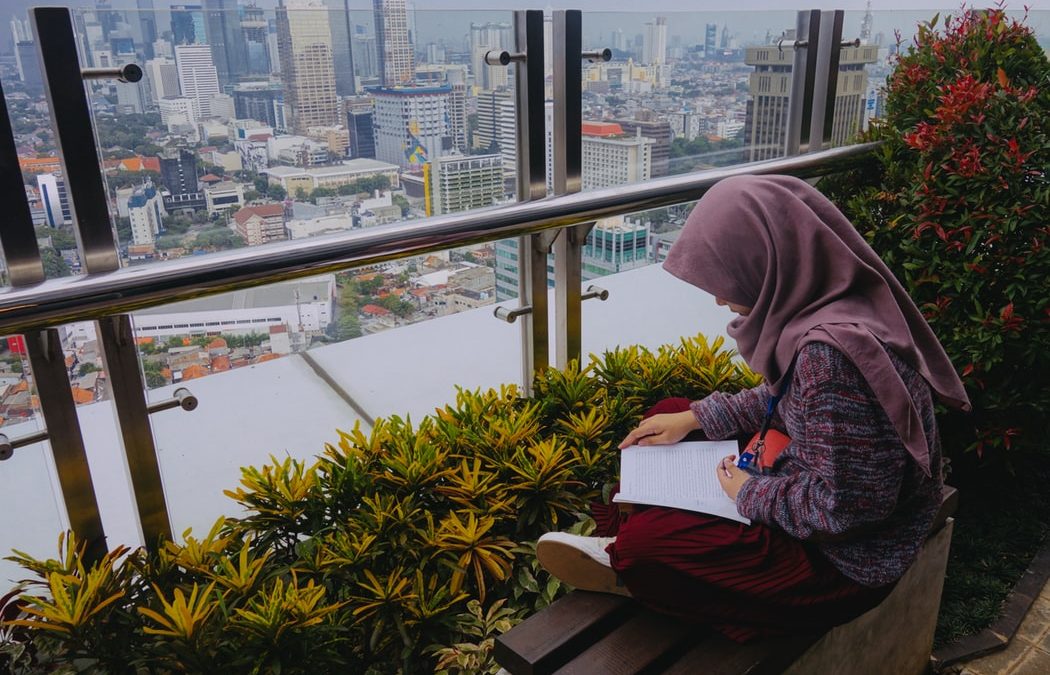 The British Library houses millions of items from all around the world, and not all of them are books. The most well-known room is the Sir John Ritblat Gallery, where you can see some of the oldest Bible manuscripts in the world. There are also two of the last four remaining copies of the 1215 Magna Carta, some of Jane Austen’s writing notebooks, Handel’s Messiah, DaVinci’s notebook, the Beatles’ handwritten song lyrics, and the Gutenberg Bible.

Library of Congress, DC, US

Walking into the Library of Congress through the Thomas Jefferson Building leads you to a stunning antechamber for the library, decked from floor to ceiling in gold-gilded murals. While the collections of books are reserved for those with a library card, the library has a few rotating exhibitions and seven permanent exhibitions where you can see everything from political cartoons to a recreation of Thomas Jefferson’s Library. 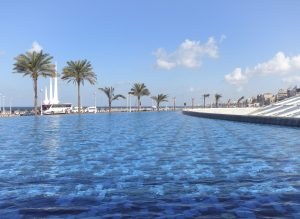 Because a large portion of the library is museums, there are countless exhibitions to see: the Antiquities Museum, the Manuscript Museum (you can see the only surviving scroll from the ancient library in Alexandria here), and the History of Science Museum.

This library is home to a spacious reading room that can hold eight million books. They also have four specialized libraries that cater to specific groups: a children’s library, a youth library, a multimedia library, and even a library for the blind or visually impaired.

This massive building was once a Walmart, but when the store closed, the city decided to remodel the building into one of the most fabulous libraries in the world. This is the largest one-story library in the US. The building is host to 16 public meeting spaces, 14 public study rooms, 64 computer labs, 10 children’s computer labs, and 2 genealogy computer labs. There is even a bookstore, a café, and an auditorium. 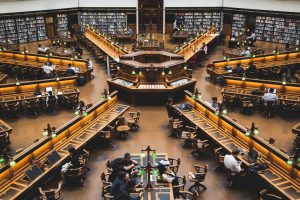 This library spans across three buildings: the Catherine Helen Spence Wing, home to a beautiful glass foyer; the Mortlock Wing, decked out in nineteenth-century Victorian architecture; and the Institute Building, an 1861 heritage site.

The Mortlock Wing has exhibits that feature South Australian history through books, maps, letters, and wine labels. They have a space dedicated to helping patrons discover the history of their family, an impressive heritage collection, a fun Children’s Literature and Research collection, and an impressive rare-book collection.

This library has 24 floors filled will books and displays. There is a script room where you can learn about the history of literacy in Indonesia and a room displaying the history of writing, with manuscripts on everything from bamboo to leaves to Chinese and European paper. 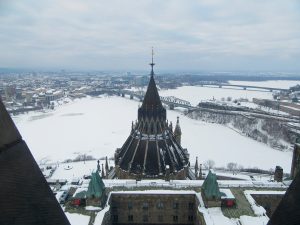 This library is all that remains of a larger building that burned down in 1916. It can also be seen on the Canadian $10 bill. It is host to a reading room with flying buttresses, fancy ironwork, and intricate hand-carved wood. It holds over 600,000 items and is over 100 years old. 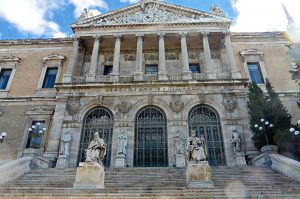 In 1712, King Philip of Spain passed a law making it mandatory for all presses to submit a copy of each book they published, meaning that this library has a copy of nearly all books published in Spain. There are over 16 million items in the library—many of which are extremely rare. There are many temporary exhibits in this neoclassical building, so be sure to go check them out. 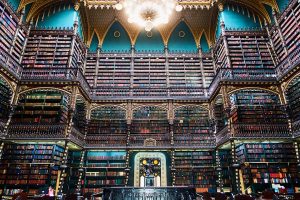 After an earthquake in Lisbon that destroyed thousands of works in 1755, Portugal decided to move the surviving collection to Brazil. The National Library of Brazil is the largest library in Latin America. It has a massive collection of over nine million items and a remarkable photo collection documenting Brazilian history and peoples. Admission is free, and many books are available to read. and many books are available to read.

This semicircular library stands in the campus of Akita International University. Built in 2008, it was designed to resemble the Roman Colosseum but also has bamboo-like architecture and an umbrella-like ceiling. Over 60% of the books are not in Japanese, so most visitors will be able to find something to read.