Jacmel: The City of Light 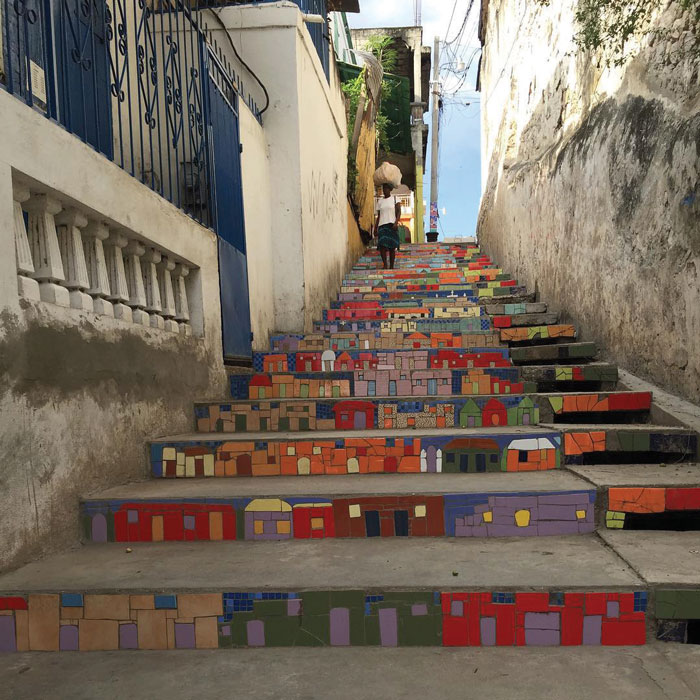 Whether you’re a music nut, a film fanatic, or a beach bum, Jacmel, Haiti, is the place to go. The city became a tourist retreat in 1980, and even though tourism dropped off after the 1990s and 2000s due to things like the 2010 earthquake, Jacmel has since been rebuilt and thrives as the cultural capital of Haiti. Plus, that makes it the perfect getaway for someone who wants to take a trip into a world that’s a little less avant-garde.

Jacmel has an exciting history full of ups and downs. The Spanish founded it as a commune in 1504, and the French helped repopulate it in 1698. Today, Jacmel’s French heritage prevails in the language spoken there: Haitian Creole, a descendant of French and the official language of Haiti.

The town was ravaged by a fire in 1896, but its quick rebuild prepared the city for when a major earthquake hit in 2010. Children grew up hearing the stories of their resilient great-great-grandparents, and they channeled the traits passed down through their heritage. Jacmel was able to rebuild so fast that in March 2014, when it applied to be a UNESCO Creative City (which requires a city to be a stable center for the arts), it was accepted, only four years after the devastating quake. 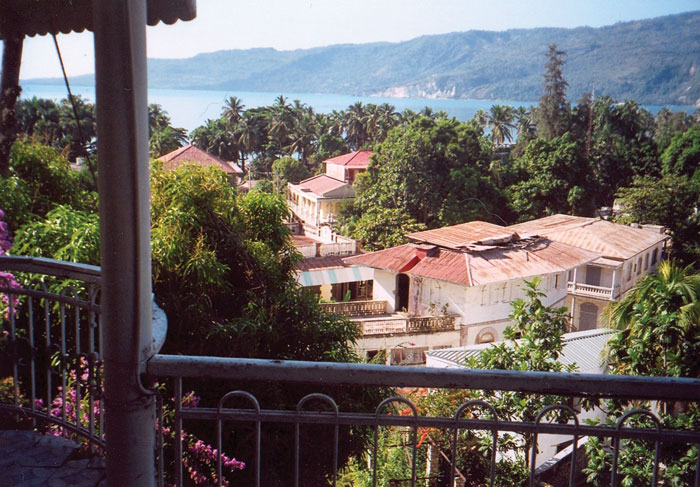 Jacmel became known as the “City of Light” in 1925 because it was the first Caribbean city to have electricity. Haiti itself also helped lead the way in politics as the first black republic in the world, as well as the second democracy in the western hemisphere. Currently, Jacmel is a shipping port that specializes in exports such as bananas, cacao, and coffee. It is still trying to reestablish its economy through tourism, which is bolstered by its many festivals.

If you’re traveling to get away from people, don’t visit during a festival! Although Jacmel is somewhat secluded, it can be busy during the several festivals it hosts throughout the year. Two of the biggest are the Festival Mizik Jakmèl and Festival Film Jakmèl, which celebrate music and movies. Also of note are celebrations of Independence/New Year’s Day (celebrated on the same day), ancestry, and storytelling. Of these, the storytelling festival is particularly neat. It’s called the Krik? Krak! Festival, named after what people say when a story or riddle is about to begin. When someone is ready to tell their story, they will ask “Krik?” and when people are ready to listen, they respond with “Krak!” The festival is a celebration of stories, families, and folklore. If festivals aren’t your thing, you can go in the off season. Regardless, this guide will help you make the most of your time in Jacmel. 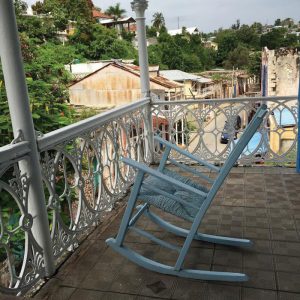 Jacmel’s motto, Jacmel, Sursum cordal! translates to “Jacmel, higher and higher!” The motto encompasses the spirit of growth in both culture and infrastructure, which only helps to make your experience the highest, or best, it can be. The Hotel Florita has free WiFi and breakfast included, and it’s the best value at $80 per night. This hotel is a nineteenth-century coffee magnate’s mansion, the only active mansion of its kind in Jacmel. After dropping your suitcases off at the hotel, you could go swim in the pool or lay out by the ocean. If you want to be a little more active, Jacmel’s beach is a great place to take a walk, especially around sunset. 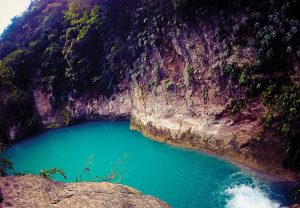 For those who want to take a longer walk than just along a beach, Bassin Bleu is the place for you. Wear shoes with good traction that can get wet and think about packing some moleskin or Band-Aids—just in case. The trail to Bassin Bleu only takes about ten minutes, but it has over 300 stairs. It’s worth it, though—the beautiful falls and refreshing pools are definitely rewarding. There is a small fee at the trailhead, and it’s recommended you hire a guide to explain the history as well, but the total cost should be under $10 (100-500 Haitian goud).

By this point, you’ll probably be pretty hungry. You can head back to your hotel for a highly-rated lunch, but for a less touristy, more homey environment, try the CafeKoze for paninis and salads.

Before lunch, you saw nature’s art, so after lunch, take a trip to see the art of local Haitians. There are many galleries in downtown Jacmel, but you won’t want to miss the Living Media Arts Shop or the Jacmel Arts Centre. The shop has many varieties of locally produced art forms, from paintings and handmade cards to baskets and jewelry. The Arts Centre even holds workshops and lets you see artists at work. 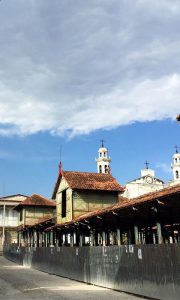 Then head over to the Marche de Fer (Iron Market, or literally “walk of iron”). Stash your valuables in your hotel room before going and keep your money close to you while you’re there—it’s a more crowded part of town, but it’s the best place for souvenirs and local produce, as long as you bring small change and know how to haggle.

Dinner can be eaten at the Hotel Florita or the Hotel Cyvadier. Incidentally, the owner of CafeKoze also owns the Cyvadier, so if you liked lunch, you may want to go there. The Hotel Cyvadier has a lovely view, and there is a public beach downstairs if you haven’t gotten enough sun. When you’ve had your fill, you can go catch some of the nightlife, or just catch some Z’s. Whatever you do, make sure you document it somehow—this is a place you’ll never want to forget!