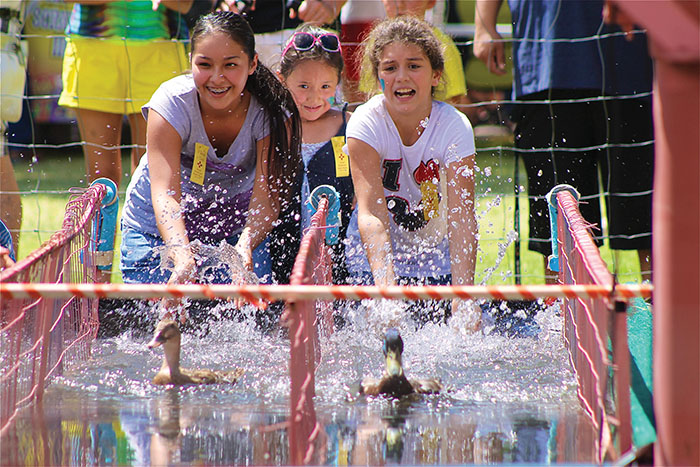 The United States is teeming with exotic state fairs and funky festivals. At these celebrations entertainment comes in all shapes and sizes with roller-coasters, Ferris wheels, horseshoe tournaments, and barbecue cook-offs. In these lesser-known American fairs the main attractions are animals—but not just any animals. Far from the run-of-the mill horse shows and bull-riding rodeos, these exotic fairs feature less conventional sources of entertainment, from wiener dogs to worms. 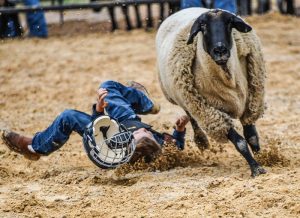 The Iowa state fair is ranked one of the top events in the country. One of the crowning jewels of this event is the annual mutton busting. Mutton busting itself is primarily for kids, but the entertainment provided is enjoyed by all ages. In this unusual attraction that is gaining ground nationwide, kids eight years and younger ride not bulls, but sheep. The challenge: hold on for eight seconds. It is harder than it looks! The sheep run in zig-zagging circles to try and throw their riders off balance. Come to Iowa’s next state fair to see mutton busting in action—ewe won’t regret it! 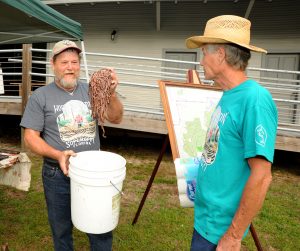 The Sopchoppy Worm Gruntin’ fair in Sopchoppy, Florida, draws thousands from across the U.S. who come to see the famed Sopchoppy worms rise from the ground. The event takes place every year on the second Saturday in April. This all-day festival begins bright and early with a 5k race through town followed by a worm grunting demonstration. After the demonstration, kids are invited to participate in a children’s contest. Each child is given a wooden spoke and a flat metal slab called a rooping iron. The spoke is driven deep into the ground and as the top is rubbed with the rooping iron the vibrations draw the worms to the surface by the bunches. 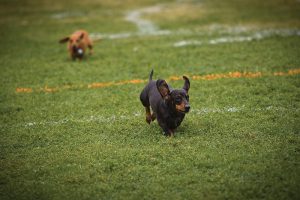 Every year at Buda Park, about half an hour south of Austin, Texas, the town prepares for the nationally-known wiener dog races. The two-day event begins at 9:00 am on a Saturday with the Cutest Pet Parade, followed by the main event: the wiener dog races at 10:00 am. Ears flopping, tongues hanging, and those stubby little legs travelling faster than you can imagine, these little wiener dogs provide priceless entertainment. And as long as you are in Texas, don’t miss the barbecue cook-off! Wandering the fair, you’ll find scores of food and entertainment—but if you’re looking for a hot wiener dog, head to the races.

At the Great American Duck Race, a four-day event held each August in Deming, New Mexico, you can watch a mass hot air-balloon ascension, view the parade and classic car show, partake of the barbecue picnic, and shop the local vendors. But the real event attracting tourists from all over the nation is the annual duck race. For $5.00, participants can select a duck from the racing stock and race it on the two tracks: dry and wet. Winning ducks advance in a tournament system with the champion duck racer walking away with a grand prize and the pride of racing the world’s speediest mallard.