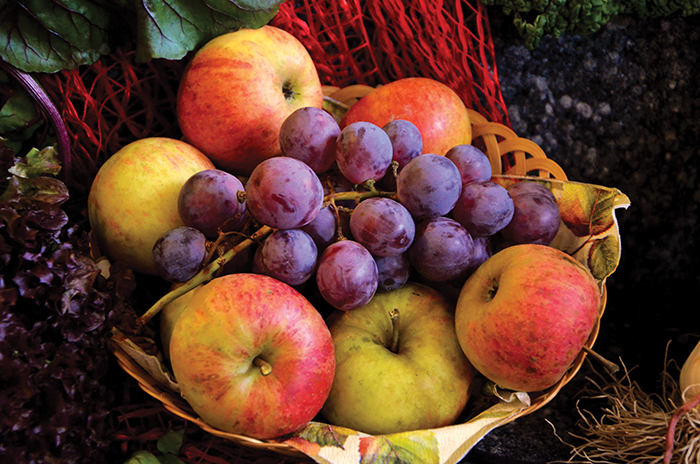 If you live in the US, you’ve probably tried fruits such as blueberries, strawberries, apples, and oranges. But have ever you heard of mangosteens or custard apples? If you haven’t, there are a lot of different delicious fruits out there that will expand your beloved fruit basket.
Traveling the world will expose you to many foods that you didn’t even know could exist. Fruits found in other countries are some of the best, tastiest, and possibly the weirdest foods that you can eat. Here are some of the best exotic fruits you can find while traveling the world that you won’t find easily in your local United States grocery store. 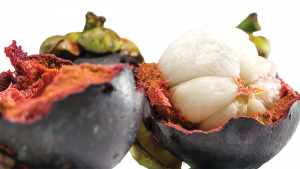 If you were to imagine what the fruit that Adam and Eve ate looked like, you might have imagined something that looked like a mangosteen. These fruits have a dark shade of violet on the outside, but have a white sectioned surprise on the inside, which is the part you actually eat. These funky fruits are native to India and many other parts of Southeast Asia, including the Philippines and Malaysia. The soft insides have a unique taste which is hard to describe but has been said to have hints of strawberry, banana, and vanilla. Mangosteens are known to have many antioxidants and anti-inflammatory benefits, making them a delicious superfood. 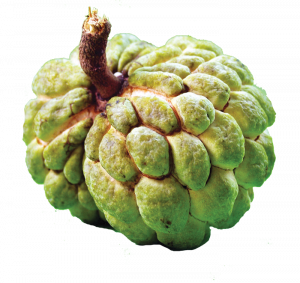 Custard apples (which are known by many other names, including atis, soursops, and sugar-apples) are said to have gotten their name from their delicious, custard-like taste. They commonly grow in many parts of Southeast Asia, the West Indies, and the tropical Americas. These conical fruits have a tough, blue-green rind on the outside, but have a soft, squishy inside loaded with delectable segments. Custard apples are said to be excellent sources of Vitamin C and magnesium, among other things. 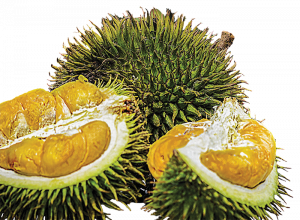 If you’re someone who likes to take daring culinary risks, this fruit is for you. This spiky fruit is definitely not for the faint of heart, as it is known to be one of the stinkiest fruits in the world. In fact, it is banned on public transit in China and at many hotels in Southeast Asia because of how stinky it is. Some people react positively to the odor, saying that it is pleasantly sweet, but others have described it as smelling like raw sewage or rotten onions. Durian can grow as big as 12 inches long and 15 inches in diameter and has a thorny, brown shell. The insides contain soft, yellow flesh that some say tastes somewhat like a sweetened piece of a dirty diaper or rotten meat. Regardless of its controversial odor—and equally controversial taste—it is used frequently in many Southeast Asian dishes, particularly desserts. 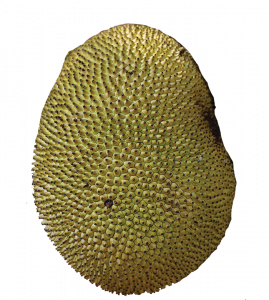 These gargantuan fruits can really weigh you down—literally. Jackfruit, which is spiky on the outside like durian, can weigh up to 120 pounds. Unlike some other fruits, the part of this fruit that you eat are the little pods inside. You can eat the stringy part, but it doesn’t taste great.
If you want to eat the seeds inside the little pods, you have to boil those first. Fun fact: eating jackfruit seeds also makes you toot more.
Jackfruit is very popular in Southeast Asia and is eaten both raw and cooked. It has a unique flavor but has been likened to tasting like a cross between pineapples and bananas. The fibrous seed flesh is of such a texture that it sometimes is used as a vegan substitute for meat.

These are just some of the many fruits that you can try fresh if you travel across the world. So get out there and expand your fruit basket! Who knows? You may even find a new favorite that will make you crave for it forever.