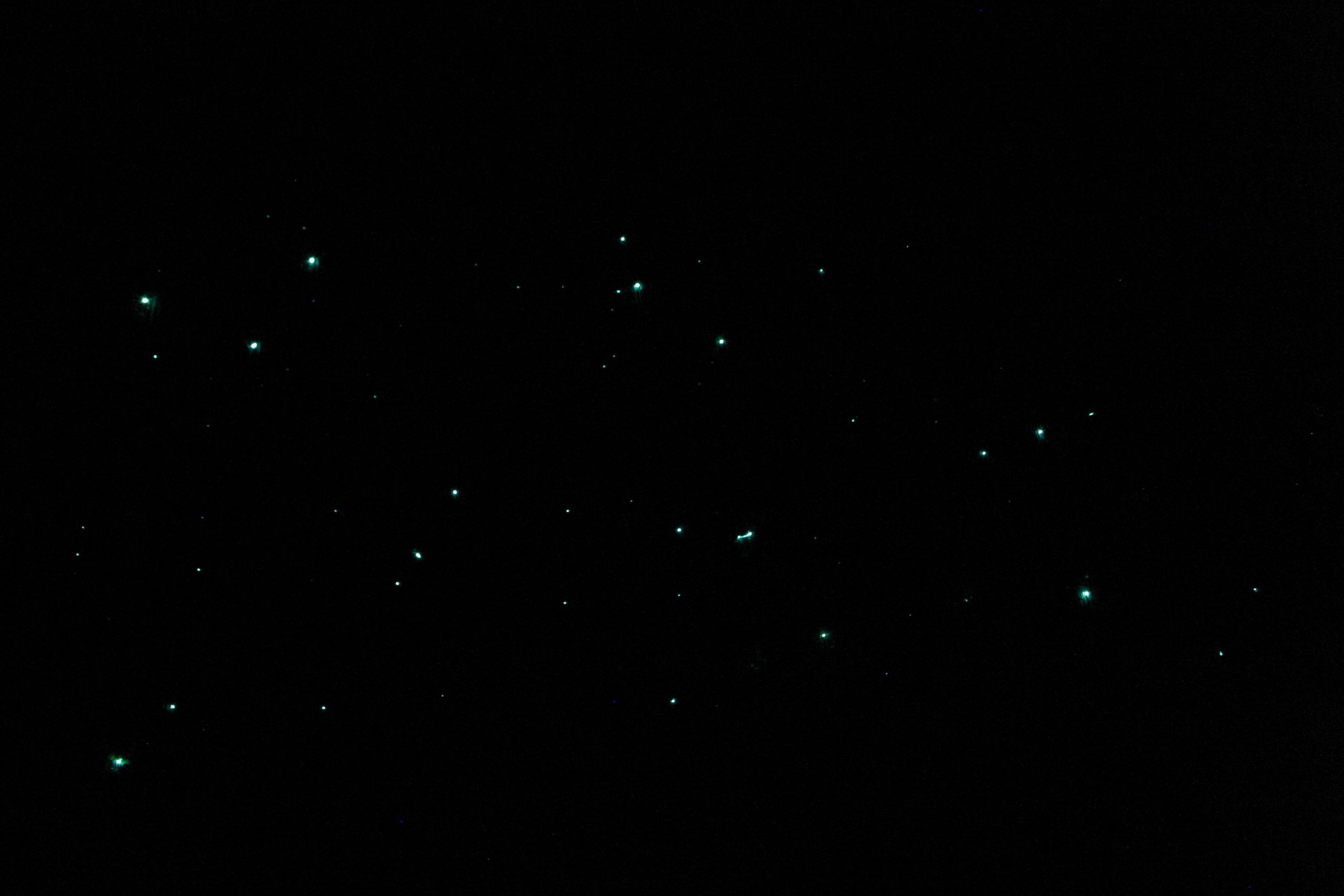 At Dismals Canyon, a small reserve in northern Alabama, worms glow. Commonly known as “dismalites” in the area, the worms are not only a local attraction but also an international anomaly. Glowing worms exist in only three places in the world: New Zealand, Australia, and Alabama.

The worms, according to Gary Mullen—an Auburn University entomologist—are actually fly larvae. As a result of a chemical reaction produced by two light-producing structures within the thorax and tail end of the body, most worms shine with a steady glow in the dark. This light reaction attracts other insects that the dismalites then eat. Because of the humidity in the caves in Haleyville, the creatures gather together in mass quantity, penetrating the night with their light.

Seeing the glow requires extremely dark conditions, but if you look closely enough, you can see one of nature’s rarest sights. The Dismals Canyon Conservatory recommends allowing your eyes to adjust to night vision and using a red-light flashlight for the best visibility.

Seasonal tours at the Dismals Canyon Conservatory are available for visitors. During the day time, visitors can enjoy hikes through mossy caves, waterfalls, grottos, and caverns. It is no wonder that the canyons have been marked as a national, natural landmark.