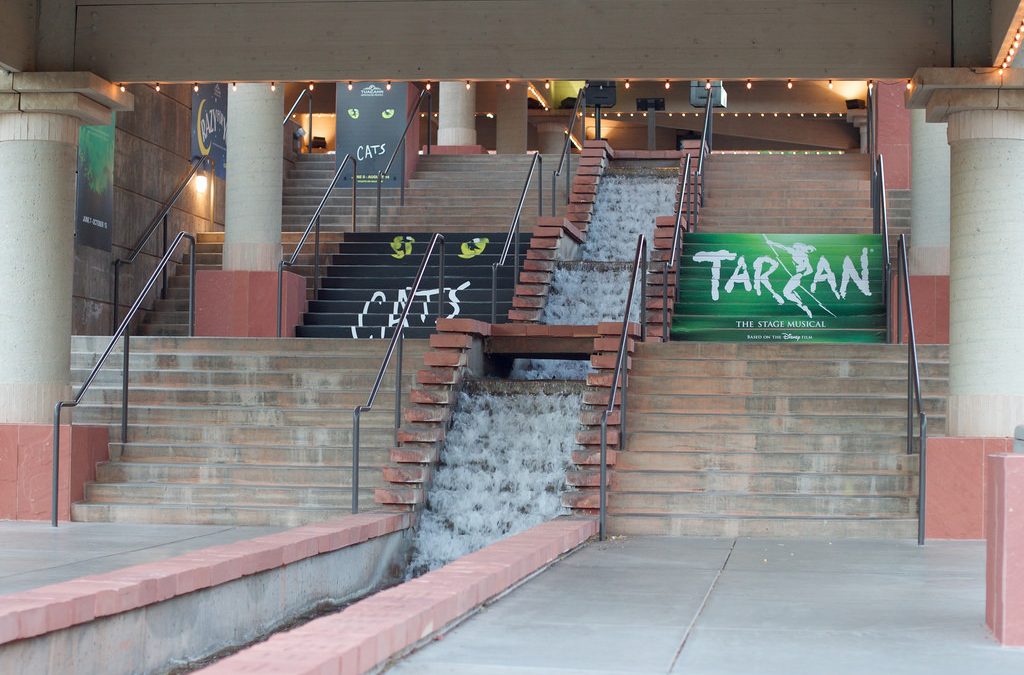 St. George Utah is known for its red rocks, hikes, and amazing weather. It’s the perfect place to go if you want to escape the winter months. However, the biggest gem there is the Tuacahn Center for the Arts.

This 2,000-seat amphitheater has produced over 50 musicals and more than 150 concerts. Tuacahn’s outdoor musical productions are honestly a highlight of my summer each year. My family has been going for over ten years, and we always come back for more.

Tuacahn is such an amazing experience because of how the director and employees take full advantage of their outdoor setting. Don’t be surprised to see men galloping down the mountain on horseback to make Cinderella and her step-sisters try on the glass slipper. You might even witness gallons of water rushing across the stage during a production of Disney’s Little Mermaid in order to make you feel like you are underwater with the rest of the characters. Tarzan will most likely be swinging across the audience or Aladdin will be flying overhead on his magic carpet. The cast and crew are able to transport you to the setting of the show, and they do it so well that you forget where you are until the fireworks go off at the end of the last scene.

If you’re not a musical person or someone who doesn’t like the idea of sitting outside to view a performance, Tuacahn also offers indoor plays and musicals at Tuacahn High School for the Performing Arts, which is right next door to the amphitheater. They also have different concerts throughout the year, showcasing people like Frank Valli, David Archuleta, Michael McDonald, and many other famous singers and bands. They even have comedy shows and professional bull riding events. Check out this video if you would like to see how Tuacahn transforms their stage to a bull pen!

This year’s musicals are a must see. They include Disney’s Little Mermaid, Disney’s When You Wish, The Sound of Music, A Gentleman’s Guide to Love and Murder, and Elf: The Musical.

If you’ve never been, check out their website and book tickets to see a show!