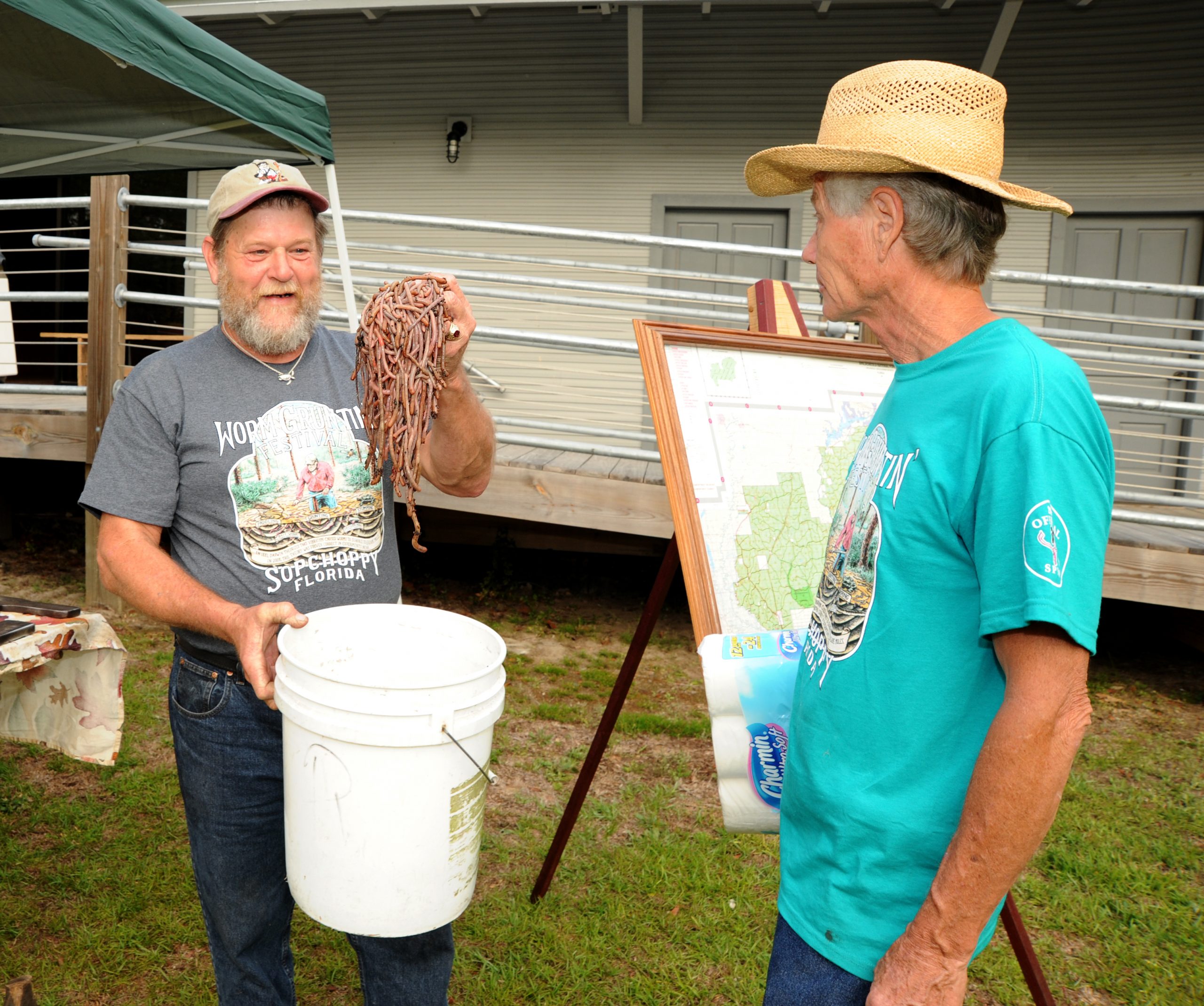 Fun fact: there are 2,700 different kinds of earthworms, and one acre of land can hold over one million worms.

Every year on the second Saturday in April, Sopchoppy, Florida holds a Worm Gruntin’ Festival featuring—you guessed it—worms. During the festival, hundreds of worms race for the surface in a squirming frenzy due to worm grunting. Worm grunting is an old practice in which one finds a fertile spot of land, drives a wooden stake into the ground, and rubs it with a metal slab. When you have tons of people doing it at once, it sounds like the local pigsty—but it actually works. The worms, thinking the vibrations are moles digging for a tasty treat, literally pop out of the dirt, like daisies!

The Sopchoppy Worm Gruntin’ Festival begins at 8:00 am. with a 5k race that traverses through town, crosses the bridge over the Sopchoppy river, winds out into the country, and then returns to the starting point. At 9:00 a.m., arts and crafts vendors along with food vendors will open for business, and local musicians provide the music. At 10:15 is the biggest hit of the day, the worm grunting demonstration done by the Revell family, who have been worm grunting for generations. The demonstration is followed by a kids’ worm grunting contest to see who can get the most worms! There are also hula-hoop contests, horse-shoe competitions, and some great seafood and Southern cooking. The day winds down with the annual Worm Grunters’ Ball where you can dance and socialize long into the evening.

All proceeds from the vendors and race go to the Sopchoppy community, restoring parks, financing scholarships, and restocking the food bank. If you are tight on your budget, not to worry, admission is free. And there is one souvenir that comes at no cost: worms. Not sure what to do with a cup of worms? The worms in Sopchoppy can’t be raised in captivity and are much larger than your average earthworm. They make for some great fishing bait, or, if you want a real, memorable experience, earthworms are 82 percent protein— and I have heard they can even lower cholesterol!