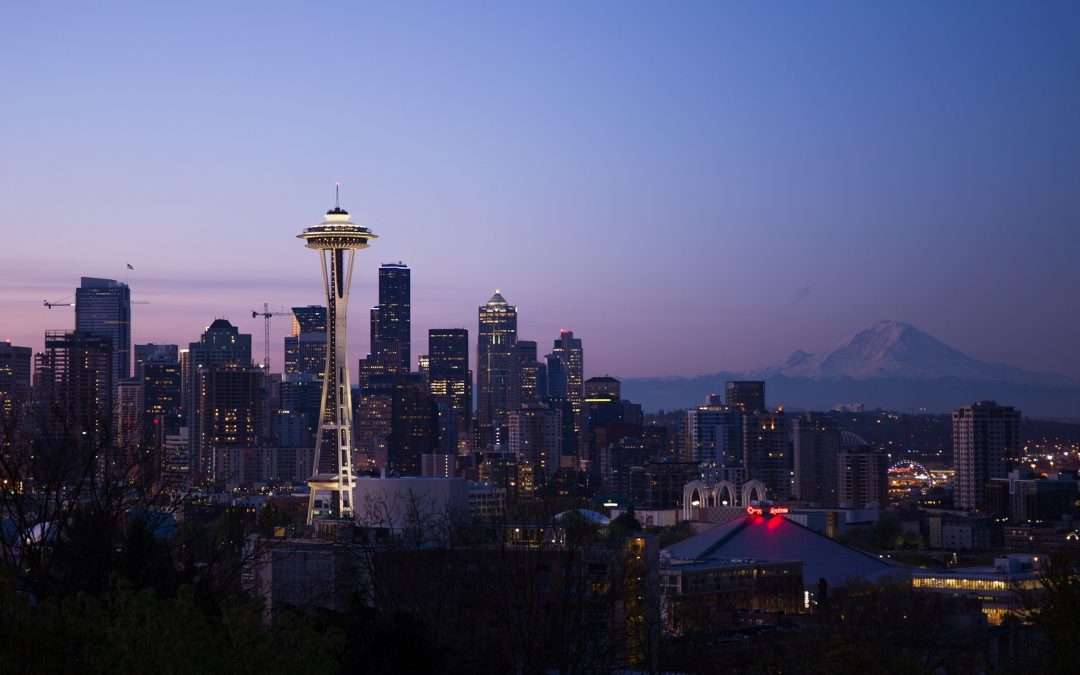 Perhaps you want to travel, but don’t have the budget to travel outside of the country. Or perhaps you just yearn for a culturally enriching experience while getting an amazing view of the Pacific Ocean. Maybe you’re a quirky person who likes weird things, or maybe you like grunge or rock music. If any of these things describe you, Seattle may be the perfect place for you to visit.

There are lots of places you can go to have a great time. Here are just a few of the many locations you can visit while you are in the Seattle area.

Pike Place Market is an expansive farmer’s market with loads of exciting foods to try and artisan crafts to see. Founded in 1907, the market is located on the Seattle waterfront and overlooks Elliott Bay. Not only can you buy delicious fresh fish, fruits, and vegetables, but you can also buy countless internationally inspired foods. You might even have a fish thrown at you, if you’re lucky. Pike Place is one of the most culturally diverse areas in Seattle, since there are many street musicians, artists, and craftsmen that call it home. Down the street is even the original Starbucks. There are tons of places to eat, but the best one (and one of the most popular restaurants) is called Pike Place Chowder. The line may reach out the door, but tasting the award-winning chowder is definitely worth it.

When you’re done tasting the chowder, you might as well chew some gum before you come to the next attraction. Just underneath Pike Place Market is the ever-famous and increasingly colorful gum wall. This one might seem kind of gross, but the gum wall is actually a very popular Instagram picture spot and tourist destination. Located in Post Alley, the brick wall is several inches thick with used gum, is about fifteen feet high, and spans about fifty feet. The tradition of sticking gum on the wall is said to have started in 1993 when local theater patrons started putting pieces of gum on the wall with coins stuck on them. Since then, many other people have added their own used gum and have even made works of gum art on the wall. Local authorities tried scraping the gum off, but eventually gave up when they realized it had become a major tourist attraction. Since then, the gum wall has only ever been completely scrubbed and steam cleaned once, in 2015, to prevent the brick wall from eroding further due to the sugar in the gum. While it is nasty, the gum wall is a colorful place you’ll definitely want to stop by to take a selfie and maybe add some gum of your own.

Perhaps nastier (or at least creepier) than the gum wall is the Underground Seattle Tour. After the Great Seattle Fire of 1889 burned down about thirty-one blocks of Seattle, city officials decided to rebuild the city over the top of the old buildings. As a result, there are several underground passageways and basements located where the ground level of Seattle used to be. Visitors can pay to tour the underground tunnels, which some say are haunted. Special “ghost tours” are even available for those brave enough to explore them in the dark.

Speaking of dead people, did you know that rock legend Jimi Hendrix was born and raised in the Seattle area? He grew up in the Seattle suburb Renton, where his gravesite is located today. If you want to see the grave and gargantuan shrine that has been built to honor him, head over to Greenwood Memorial Park. If you get close enough to pay him proper homage, you may even see lipstick marks on his tombstone where numerous extreme fans have kissed it.

The Museum of Pop Culture

Not only is Seattle famous for Jimi Hendrix, but also for other musicians and bands. Nirvana and Pearl Jam, for example, hail from Seattle as well. The bizarre-looking Museum of Pop Culture may look like a Picasso-inspired architectural anomaly on the outside, but on the inside, it has lots of exhibits dedicated to music, science fiction, video games, and other elements of pop culture. Since its opening in 2000, it has housed many popular exhibits, including ones dedicated to Nirvana, Marvel, horror films, Star Wars costumes, and science fiction and fantasy movie memorabilia. Patrons to the museum can even try out different instruments and record themselves in private recording studio rooms.

While this list of attractions is certainly not all-inclusive, it does have some of the best places Seattle has to offer. So put on your flannel shirts and bring your Starbucks cups—a city full of adventure and cultural quirks awaits you.