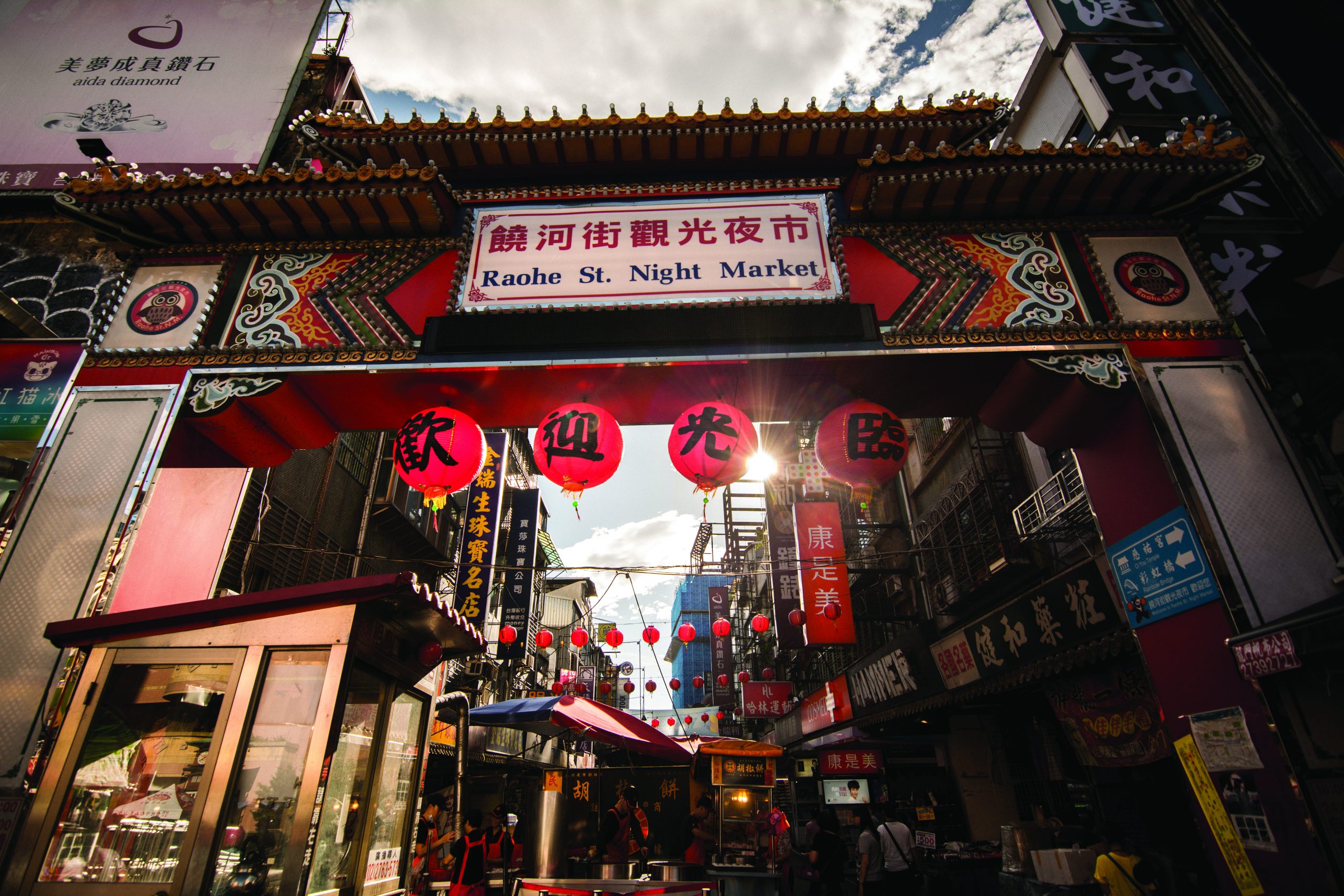 In Taipei, snacking is almost a cultural celebration, and nowhere showcases that better than the city’s numerous night markets. For more than a century, every night around 5 p.m., hundreds of vendors flock to stalls lining both sides of the designated night market districts of Taipei.

With the vendors come the customers—both native Taiwanese and tourists alike, crowded shoulder to shoulder, surrounded by a carnival of noise and flavor. Everyone is hunting for a midnight snack.

It’s not uncommon to wait in long lines for the most popular snack food stalls, made famous by word of mouth, Instagram posts, or food bloggers. All types of flavors can be found: salty, sweet, crunchy, savory, and stinky (yes, stinky). There is something for everyone.

If you’re not enjoying the atmosphere of the night market you’re currently exploring, try going to a different one a few miles away. Each night market has its own personality and assortment of specialties. You’ll find different foods, different stalls, and different attractions in each one that you visit. With over sixty-five night market districts in Taipei, you’re guaranteed a new adventure every time.

Not sure where to start? Here’s a brief introduction to three of Taipei’s most popular night markets.

Shilin is the most famous of Taipei’s night markets. It covers one of the largest geographical areas, and it is very crowded and noisy.

Here, you can find plenty of typical Taiwanese favorites, such as bubble tea, mee sua (an oyster and vermicelli stew), oyster omelets, mango shaved ice, and the infamous “stinky tofu” (a bean curd made with blue cheese). The market does not lack culinary variety.

Shilin also boasts its own underground, air-conditioned food court, where you can hide from the humid summer nights while still enjoying delicious snacks at one of the court’s 539 stalls. While most night markets close around midnight, vendors at Shilin are often open until 2 a.m., giving you plenty of time to explore the quirky souvenir shops around the area.

Raohe Street Night Market is one of the oldest and most traditional of the night markets. It covers a much smaller area than Shilin and is far less crowded.

The market’s most sought-after specialty is the Fuzhou Shizu black pepper bun, which is served piping hot. Also check out the herbal pork ribs and soups. Besides the many food options, you can also find craft goods such as handmade bags or stationary here.

If you need a break from the crowds, you can visit the beautiful Ciyou temple—dedicated to Matsu, the sea goddess—located at the end of the market. Feeling like a stroll? You can get to Raohe Street by taking the Rainbow Bridge, a bicycle-and pedestrian-only walkway that spans the Keelung River, connecting Raohe Street to the nearby Xinming Road.

The most controversial night market is definitely Huaxi. It’s also known as Snake Alley Market, because of its unique food offering: snake meat. It would not be out of place to see a vendor with live snakes on display here.

Recently, however, animal rights activists have been pushing for Snake Alley to lose some of the “snake” aspect associated with it, and, in early 2018, the last stall that exclusively sold snake meat closed. Now the vendors sell more common night market fares.

While at Snake Alley, be sure to visit the popular Tainan Tantsumien Seafood restaurant, or check out the Tainan Danzai Noodles shop, known for its art-deco style furnishings. Later, take a break from the food by relaxing at a traditional Chinese-style massage parlors located among the vendors.