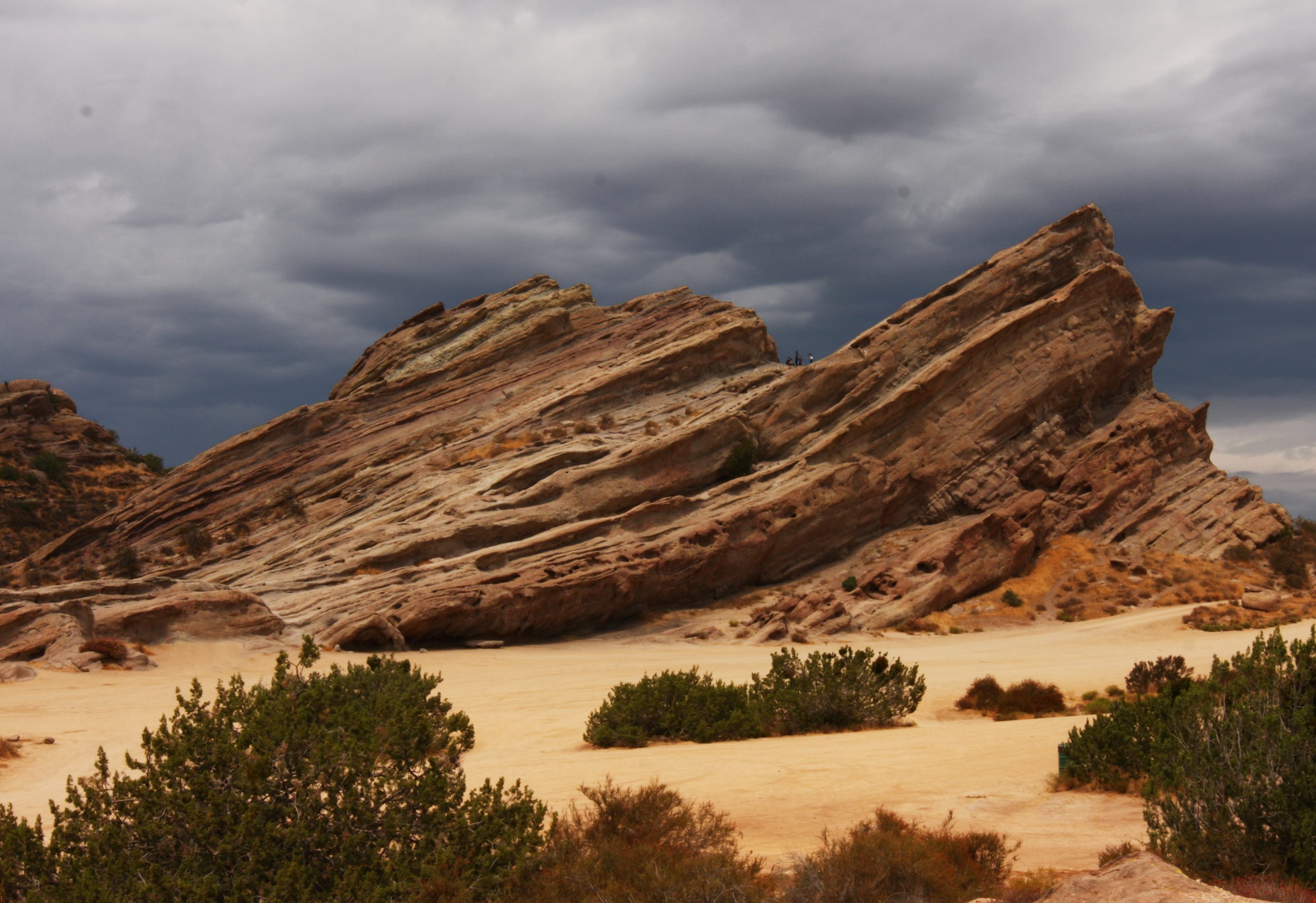 Whether it’s science fiction, fantasy, or even science fantasy, movies that take place off of this earth capture the imaginations of filmmakers and viewers alike. Fortunately, you don’t need a spaceship to experience the places in some of these movies. Natural landscapes across the world serve as stand-ins for otherworldly scenes in popular movies. So if you’ve ever wanted to travel to Mars or Middle-earth, you can have your own adventure by traveling to these film locations that are “out-of-this-world.”

This natural rock formation located just north of Los Angeles is featured in many iconic movies and TV shows—from Power Rangers to Planet of the Apes. Also called “Kirk’s Rock,” this site has been used as a film location for many Star Trek episodes and movies since its first appearance in the 1967 original series episode, “Arena,” where Captain Kirk famously fights the alien reptile, Gorn, on the rock formation. Star Trek fans most recently saw “Kirk’s Rock” in J.J. Abrams’ Star Trek (2009). Visitors of the Vasquez Rocks Natural Area Park can hike the rock formation and relive some of their favorite Star Trek moments.

The towering trees of the Redwood National Forest in Northern California are famously featured in Star Wars Episode VI: Return of the Jedi (1983) as the filming location for the forest moon of Endor. Much of the movie was filmed in this forest, which has the tallest trees in the world. It is here that the movie’s iconic speeder chase scene was filmed. In order to create this chase scene, the cameraman slowly walked through the Redwood Forest, filming at 3/4 of a frame per second, which was sped up in post-production to create the illusion of Luke and Leia speeding through the beautiful trees.

With its red sand and expansive landscapes, this Jordanian desert is reminiscent of the surface of Mars. The desert, spanning 278 miles, attracts rock climbers, campers, and stargazers from all across the world. It has also attracted filmmakers and has become the go-to location for movies such as Red Planet (2000), Mission on Mars (2000), and The Last Days on Mars (2013). Most recently, Wadi Rum served as the surface of Mars in Matt Damon’s The Martian (2015). Visitors can camp in the desert or even stay in domes similar to the Mars habitations depicted in this movie.

Every fan of The Lord of the Rings film trilogy knows that New Zealand is the place to go to personally experience those movies. The natural landscapes of New Zealand inspired Peter Jackson’s conception of Middle-earth, and there are film location sites all over New Zealand that fans can visit. For example, Mount Ngauruhoe is an active volcano in Tongariro National Park that was used as Mount Doom for the films. Just like Frodo and Sam, visitors can hike to the base of the mountain, and more experienced hikers can even scale it.

Though most of James Cameron’s Avatar (2009) was created using CGI, some of the scenes on the planet of Pandora were filmed in Hawaii to create the rainforest-inspired scenery. James Cameron used the Hāmākua Coast on the northeast side of the Big Island for the live shots in the film and some of the establishing shots of the rainforests where the Na’vi live. Visitors can experience the same lush greenery, impressive waterfalls, and beautiful coastlines featured in the film.