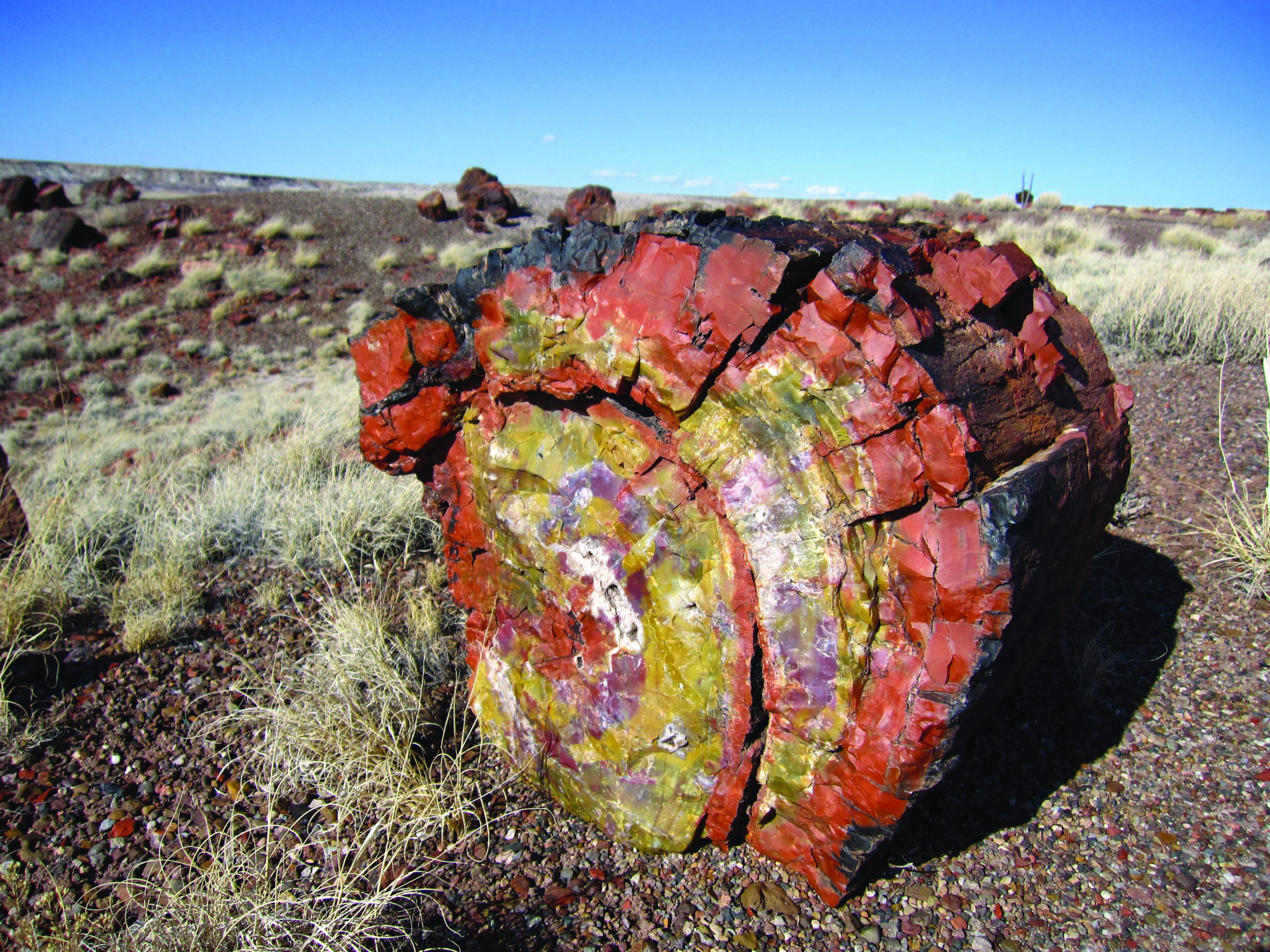 The Petrified Forest National Park in northern Arizona is a geological and historical wonderland that takes a full weekend to explore. In the late Triassic period, 220 million years ago, the region was a swampy, subtropical area, home to dinosaurs and giant amphibians. Now, their fossils fill this arid desert and remind us of a different era. The most striking fossils are the petrified logs from which the park gets its name. While they look like any old stumps from the outside, the insides of these trees are filled with beautiful marbled formations of jewel-toned quartz.

The park is also home to thousands of years of human history. The first humans settled the Painted Desert in about 6,000 BC and left behind painstakingly preserved ruins and petroglyphs.

Take a weekend to experience millions of years of history and life at the Petrified Forest National Park. Here are some of the must-see landmarks to check off during your visit.

The Rainbow Forest Museum is an excellent place to start your visit to the park and to gather information about the various highlights of the season. The museum is home to many paleontological exhibits. You can also watch an eighteen-minute-long orientation film about the park that is shown continually throughout the day. Make sure to gather tips for your weekend from the park rangers stationed here.

Hike for a mile on the trail south of the Rainbow Forest Museum and you will find the Agate House, an eight-room pueblo built almost completely out of petrified wood, which archeologists believe was occupied over 700 years ago. While hiking to the Agate House, enjoy the aptly named Long Logs and the Giant Logs on the trail, the highest concentration of petrified logs in the park.

Ten miles north of the Rainbow Forest Museum, you will find the trailhead for the Blue Mesa Trail. On this one-mile loop, meander among the wrinkled, bluish hills of the badlands, which get their unusual color from a high concentration of gray bentonite clay in the soil. It’s a short, easy trail that displays a stunning and unearthly landscape dotted by petrified wood deposits.

Puerco Pueblo is the site of an ancient community from around AD 1300. It has remains from over one hundred connected rooms around a central plaza, and it was probably home to about 200 early indigenous people. Before you leave, make sure to view the petroglyphs on display.

These are just some of the many trails and attractions to be found at the Petrified Forest National Park. During your visit, consider taking a ranger-guided tour or even a backpacking trip through the wilderness. You will not regret taking a full weekend to explore all the nooks and crannies of this beautiful and ancient place.