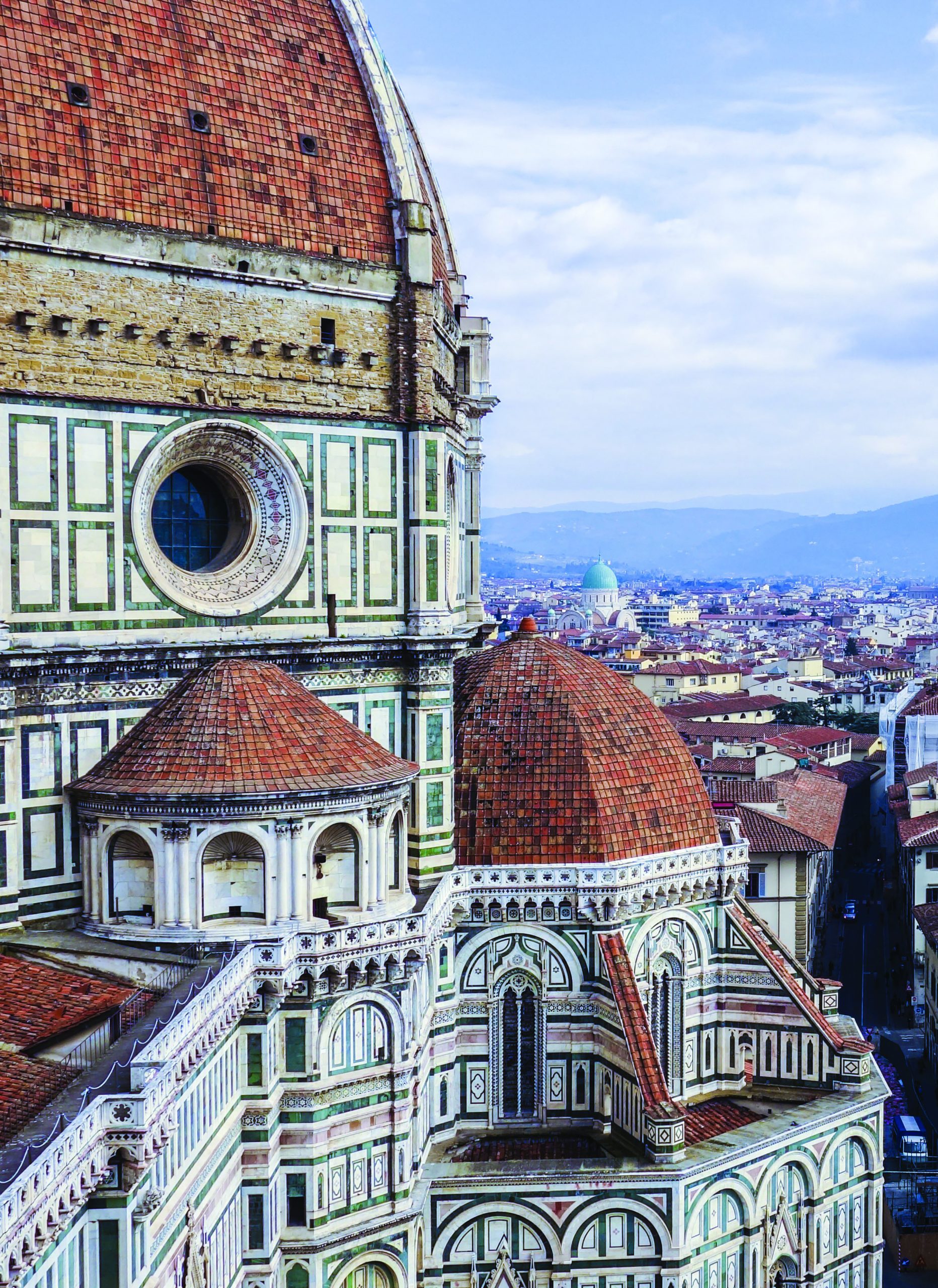 European countries house some of the world’s most famous pieces of art and recognizable architectural triumphs. Millions of tourists visit the continent each year to personally witness these masterpieces, but it can be overwhelming to decide which cities to prioritize and what to visit when you’re there.

While there are many ways to see the major art centers of Europe, the following path allows visitors to see the continent’s masterpieces while limiting the amount of travel from place to place. However, if you need to adjust your schedule, every location on this list is only a short flight or train ride away from the others, so it’s easy check everything from Rembrandt to da Vinci off your list.

Your time in Spain should be spent seeing Gaudi’s amazing architectural vision demonstrated in the Sagrada Familia, a cathedral for which construction began in 1882 and is still ongoing. For more Gaudi architecture, you should visit Park Güell and Casa Milà. Barcelona also has a Picasso museum with more than 3,500 paintings, including works from his Blue Period, which you should make sure to visit during your time in the city.

The Catalunya, full of Roman murals, and the Fundació Suñol, a collection that displays one hundred pieces from the likes of Picasso and Warhol in style- or color-based exhibitions, are both important stops on your tour of Barcelona art.

When in Rome, you should check out the restored Colosseum and the Trevi Fountain. This city represents the most powerful empire that has ever existed in Western history, and there is plenty to see and experience here. You can see Michelangelo’s Moses or frescoes from Raphael around the city. If you stop by the Contarelli Chapel, you will even be able to see three of Caravaggio’s St. Matthew paintings.  Also, if you want to blend in with the Italians, take a Vespa tour of the city.

During your stay, you should  make sure to visit Vatican City to see St. Peter’s Basilica and Michelangelo’s Sistine Chapel ceiling. Raphael’s The School of Athens is also there. These stops are unparalleled in the art world.

Florence is the home of the Medicis and the city that birthed the Renaissance. Michaelangelo’s David is Florence’s main attraction, but you can also see famous artwork from Botticelli (such as the Birth of Venus and Primavera) and Caravaggio at the Galleria degli Uffizi. Here, you can walk streets that have remained the same for nearly a millennium.

You can also stop by the Duomo of Florence, Brunelleschi’s red-roofed masterpiece. Ghiberti’s Gates of Paradise bronze doors are also a must-see during your time in Florence. Besides early Renaissance works, the city also offers a large contemporary art scene, allowing all types of art lovers to find something in the city worth visiting.

Vienna is known for its musical influence, so a trip to the Vienna Opera House is strongly encouraged during your stay. The city also has a strong revolutionary art presence and more than one hundred museums, including the Kunsthalle Wien, which contains offerings from Pollock and Kandinsky. At the Kunsthistorisches Museum you can find Rembrandt’s Self Portrait and paintings from Titian, Tintoretto, and Vermeer.

While in Austria, take a side trip to Salzburg, which is a two-and-a-half-hour train ride away and is known as the “Florence of the North.” You can celebrate Mozart and see some of the locations used in The Sound of Music while there.

The most important thing to see during your time in Berlin is the Wall, which demonstrates how far the country has come to reunify, and now features contributions from more than one hundred German artists. The Brandenburg Gate, a monument built in the 1700s, and the Reichstag, Germany’s parliament building, are other famous spots for tourists to visit.

The Gemaldegalerie, a classical art museum, holds famous works from Caravaggio and Rubens, as well as other painters from the thirteenth to eighteenth centuries. Berlin also has an extensive contemporary art scene. It is known for avant-garde galleries, which even offer live painting shows.

More than forty Rembrandts are housed at the Rijksmuseum, including Rembrandt’s The Night Watch, so this museum should be your first stop in Amsterdam. Around the block, you can see more than seven hundred Van Goghs at the Van Gogh Museum, including his lesser-known Japanese prints. Amsterdam also has a large photography museum, FOAM, if you’re interested in different types of art.

While in the city, you should also check out Amsterdam’s growing design scene, go to the EYE Film Institute, and visit the Anne Frank House. The city has more than 800,000 bicycles (it’s the most cycle-friendly city in the world!), so you can take in some fresh air while exploring.

You can’t visit Europe without passing through the City of Light. The Louvre is one of Paris’s major attractions. Here you can see da Vinci’s Mona Lisa for yourself, one of the most iconic paintings in the world. It also houses the “Winged Victory” statue, Delacroix’s Liberty Leading the People, and van Gogh’s Starry Night.

You should see the Eiffel Tower, or even go to the top if you have time. Versailles, the home of the Sun King, Louis XIV, is a forty-minute train ride away and is worth including in your schedule while in France. The extensive gardens, iconic hall of mirrors, and large array of artwork found here will leave you in awe.

London is the most visited city in Europe and is the perfect place to end your trip. The city offers many free museums, from the British Museum, which holds the Rosetta Stone and showcases art from throughout world history, to the Tate Modern, where you can see classic art from Turner and Picasso. If you visit the National Gallery, you can see classic pieces by Leonardo da Vinci, Vincent van Gogh, and Monet.

You can visit Shakespeare’s Globe and experience a play in a faithful replica of the Bard’s original theater. You should also visit the Tower of London, the medieval castle, or you can witness the changing of the guard at Buckingham Palace.