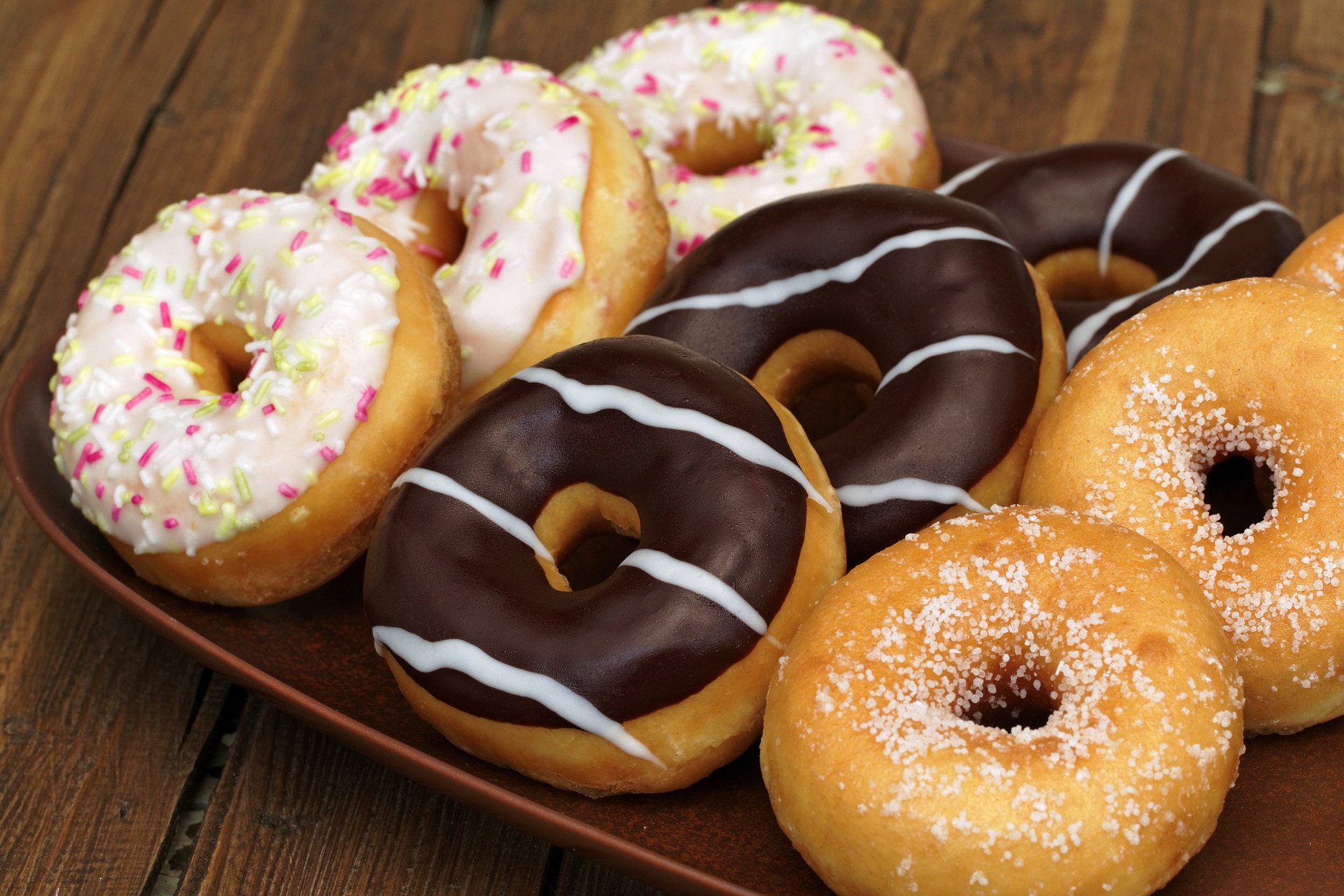 Abraham Hicks said, “If you’re not excited about it, it’s not the right path.” Well, here’s a path everyone should be excited about: the Ohio Donut Trail. Otherwise  known as the Butler County Donut Trail, this eighty-mile tour—complete with a passport and free T-shirt—features tempting donut shops around the Cincinnati, Ohio, area. Even if you’ve made the trip before, you should consider making another pilgrimage: as of 2018, Butler County has added three more bakeries to the existing list of nine.

While you may only care about the donuts, to experience the full deep-fried, sugar-dipped magic, make sure to snag a Donut Trail map and passport. (You can find these at the Butler County Visitor’s Bureau, at any of the bakeries on the route, or online.) As you visit each of the shops on the trail, have someone at the bakery stamp your passport. Once you’ve received a stamp at every shop, bring the passport back to the Visitors Bureau or send it in the mail for a free T-shirt. Not only is this T-shirt a reminder of a sweet gig, but wearing it gets you discounts at other shops in Butler County. Here’s where to go to drown yourself in delicious calories:

Central Pastry Shop features more than just donuts; it is known for unique flavors in breads, cakes, and other pastries.

Milton’s Donuts changed ownership in 2014. After forty-eight years of donut making, Dan and Beverly Milton sold the iconic store to Jay and Amy Byrne, but not until they had passed on all their trade secrets to the new owners.

Martin’s Donuts goes for the bold. This bright pink shop houses some of the most surprising donut options: banana pudding and twisted sister are just some of the flavors available.

Stan the Donut Man is up to par with the other shops on the donut trail. Stan’s also offers tours of the bakery, reported to be engaging for all ages.

The Donut House gets up close and personal; you don’t have to settle for whatever has already been made. When you order, you can customize your donut by requestingone of five different fillings.

Holtman’s Donuts has a sweet story: it was founded in 1960 by Charles Holtman to provide steady work for his father, Marvin Holtman. The shop was so successful the family opened several shops in the area.

Jupiter Coffee and Donuts boasts a modern twist. While they sell traditional donuts, they also serve up specialty donuts like their Red Storm Roll and Miami Maple Merger.

The Donut Spot is a small shop famous for huge donuts. Both regulars and tourists say there is often a line out the shop doors, but it’s well worth the wait.

Ross Bakery is known for some of the best glazed donuts—not just on the trail, but in the country. While some other stops may blow you away with specialty flavors, don’t forget to snag this yummy basic.

Mimi’s Donuts and Bakery is known for selling out fast. If you get there after 9:30 a.m., you are likely to be out of luck for a classic glazed. However, Mimi’s is one of the few shops on the donut trail that is open seven days a week.

Kelly’s Bakery is another delicious shop offering both traditional and novelty donuts. This is the place for you whether you’re looking for a classic blueberry cake donut or one topped with maple bacon.

The Oxford Doughnut Shoppe has been a staple in Oxford for more than fifty years.The current owner, Joshua Francis, prides himself on making donuts the old-fashioned, kettle-fried way.

So if your current path doesn’t leave you on sugar high, you should definitely make a detour for this one. You’re in for a treat.