Fried butter anyone? Discover what fun attractions you should see and fried food you should eat at some of the nation’s top-rated state fairs.

Though not a state fair, the OC (Orange County) Fair is open for nearly a month from mid-July to mid-August. If you want to see something unique, be sure to stop by Oasis Camel Dairy’s camel milking demonstration. If cheese is more up your alley, enter the cheese carving contest. It’s free to participate, so start sharpening your carving skills. Need a sweet-and-salty food fix? Try Biggy’s Caramel Crack Fries—french fries topped with cinnamon sugar, salted caramel sauce, whipped cream, and sprinkles. This fair is sure to satisfy all your taste buds.

If you’re in the northern Midwest during the end of August, be sure to drop by the twelve-day Minnesota State Fair. Feeling gutsy? Stop by the CHS Miracle of Birth Center, one of the most popular free exhibits at the fair. The center witnesses the birth of 200 calves, lambs, goats, and piglets during the fair. Or, watch a sculptor carve the likeness of Minnesota’s annually crowned dairy ambassador, Princess Kay of the Milky Way, into a ninety-pound block of butter. Don’t forget to snack on some deep-fried cheese curds before you leave! 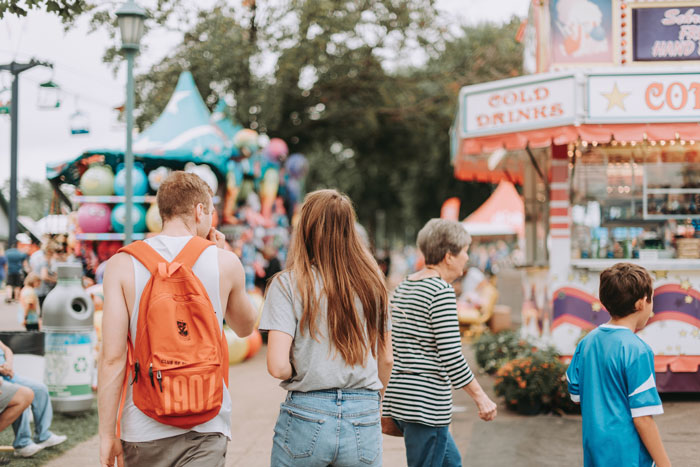 The Texas State Fair is twenty-four days long, and starts at the end of September. This state fair offers a “stunt show” performed by dogs. The All-Star Dog Stunt Show showcases rescued dogs that have been trained to perform outstanding tricks! The fairgrounds also have several stages for live music performances, so don’t leave before listening to some great music or before chowing down on some fresh corn dogs. 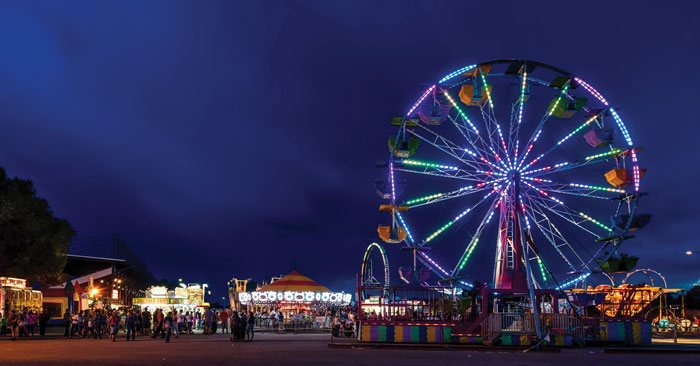 The eleven-day North Carolina State Fair is open during October. If you’re a hands-on kind of person, try milking a cow! Don’t worry, the Animal Science Club from North Carolina State University will be there to help you out. If you love fireworks, the North Carolina fairgrounds are the place to be; you can expect a spectacular fireworks show every night during the fair. What a way to finish an autumn day! Just don’t forget to try a new flavor of funnel cake, like Cheerwine or Blue Hawaiian, before you go.

The Iowa State Fair runs for eleven days in mid-August. Bring your own yoga mat and enjoy a refreshing session of goat yoga at the fair—you never know how goats, ducks, piglets, chicks, and other farm animals can help you relax until you give them a chance! Also, attend a huge Sunday dinner with Iowan farmers at a 500-foot-long table. What’s better than good company and tasty food? If you’re feeling ambitious, be sure to try a deep-fried cherry pie on a stick before the fair ends. 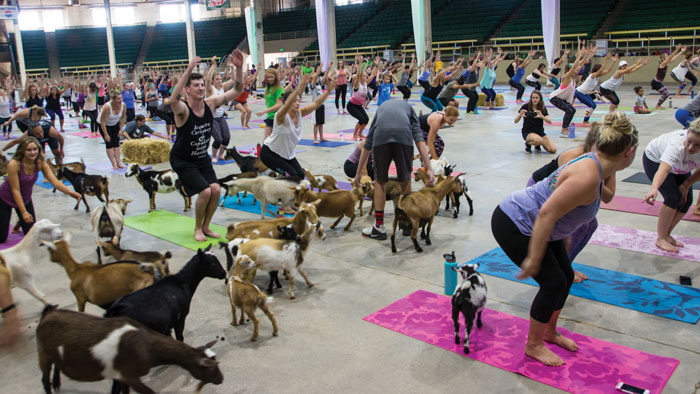