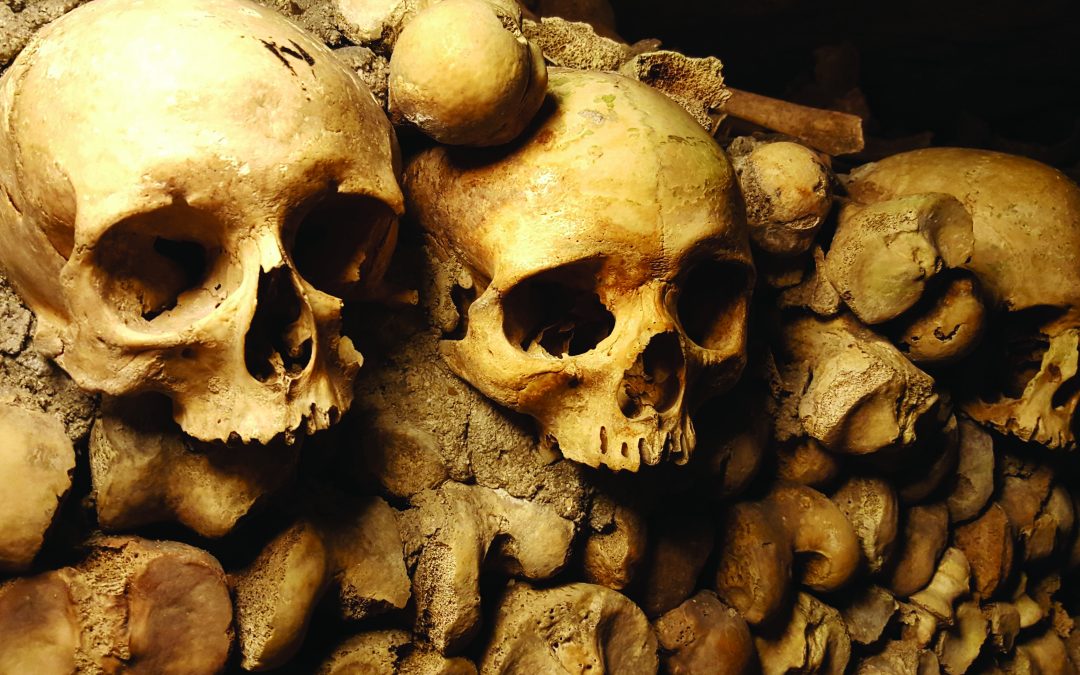 People love the thrill of being scared “half to death.” There are about 7,000 haunted houses throughout the United States, all trying to outdo each other. Whether it’s the thrill of being scared or hearing the history of a haunting, people come flocking to these sites. In this article, we did a roundup of the most haunted places in the world, jumping from the US to Europe, Asia, and Australia. United States Salem, Massachusetts During the witch trials of the 1690s, a group of young girls claimed to be possessed by the devil. The girls’ accusations led to many deaths at the gallows. One of the most notable victims was eighty-year-old Giles Corey. Corey was accused of being a warlock after publicly questioning the girls’ motives. In September 1692, after spending months in prison and refusing to stand trial, Corey was stripped naked and the townspeople piled stones on him until he was gradually crushed to death. It is said that his ghost still roams Salem.  Eastern State Penitentiary, Philadelphia, Pennsylvania This prison opened in 1829 and became the first in the US to use solitary confinement. Prisoners stayed in stony cells with basically no human contact. Those who supported solitary confinement felt solitude would help rehabilitate prisoners. However, critics thought it incited emotional pain that was close to physical torture. It’s said that ghosts of the inmates took over the prison when the penitentiary closed in 1977.

The Stanley Hotel, Estes Park, Colorado This creepy hotel was the inspiration for Stephen King’s The Shining. A Massachusetts couple, F.O. and Flora Stanley, opened this hotel and reportedly never left. According to the staff, Mrs. Stanley can be heard playing the piano in the music room at night and Mr. Stanley can be glimpsed in photographs. Paranormal experts call the Stanley Hotel one of the nation’s most active ghost sites. The LaLaurie Mansion, New Orleans, Louisiana Madame Marie Delphine LaLaruie was a well-known socialite in New Orleans. However, when the mansion caught fire in 1834, police discovered the bodies of several horribly mutilated slaves in the attic. When the public heard of the incident, they ran LaLaurie out of town. Soon after LaLaurie left New Orleans, police claimed to hear the phantom screams of her victims spilling from the house. Europe Tower of London, London, England The history of the tower of London spans 900 years, and is full of torture and beheadings. One of its most famous ghosts, Anne Boleyn, a wife of King Henry VIII, was beheaded in 1536, and her headless ghost can be seen roaming the tower. There have also been appearances of the “White Lady” standing in the window of the White Tower.   Poveglia, Venice, Italy Although this island was inhabited as early as 421, it was abandoned in the fourteenth century when the Bubonic Plague hit. In 1630, Poveglia became a quarantine for Venetians. The island’s hospital was used as a mental asylum until the 1800s and as a geriatric center until 1975. Today, the island is completely abandoned, and Venetians refuse to set foot on the it because they believe that the ghosts of the victims roam there.  The Catacombs, Paris, France The Catacombs of Paris are one of the most haunted places in the world, and are considered one of its largest graves. The underground labyrinth is home to the remains of six million people. Visitors to the catacombs have been reported as lost and their remains have been found inside later. Today, visitors report seeing apparitions, hearing voices from the walls, and being touched by phantom hands.  Bran Castle, Bran, Romania Many know this castle as the one that inspired the story Count Dracula. The clouded mystery of this fortress draws hordes of tourists every year. The ghosts of those who died inside the castle’s walls are said to roam the halls, and villagers have reported hearing people wailing late at night.  Asia Clark Hospital, Philippines Previously a US Army hospital during World War II, this was the location of many brutal deaths. It also served as an asylum for injured and dying American soldiers at the peak of World War II and during the Vietnam War. It’s said to have the highest number of testimonials about hauntings and ghost sightings of any location. Paranormal activity at the hospital reported by visitors and guards includes apparitions, screams, eerie voices, and mysterious footsteps.  Penang War Museum, Malaysia This war museum, often referred to as Ghost Hill, has a dark past. Built by the British, it was used to defend against the Japanese in the 1930s. During World War II, the Japanese military held beheadings at this site, which terrorized locals. Today, the museum is a popular tourist spot where locals and guards have witnessed apparitions of soldiers roaming the premises.

Changi Beach, Singapore This beach is a popular spot for tourists, but locals swear this is a haunted site. The beach was a popular execution location for the Japanese during the Sook Ching, a massacre in World War II. Many innocent Chinese were tortured, beheaded, and killed here because they were suspected to be involved in anti-Japanese activities. It’s said that the ghosts of the people executed roam the beach, and locals have heard cries, screams, and have seen bloody marks on the sand.  Gonjiam Psychiatric Hospital, Gyeonggi-do, South Korea This abandoned hospital is famed to be one of the most haunted places in South Korea. It was a fully functioning asylum until 1995, when patients started mysteriously dying and the government ordered the facility to be shut down. People have claimed to have seen apparitions and heard voices there over the years. The grounds are closed to the public, but people break in every year for a spook. Australia Ararat Lunatic Asylum, Victoria Built in 1860 when the government decided it needed a place to house Victoria’s “lunatics,” this hospital has housed over 1000 people at any given time. In its 130-year history, 13,000 people died in this asylum, which is a reason why this is one of the most haunted places in Australia. Locals say they have felt the touch of cold hands and have heard strange screams around the property. A tenant of the asylum, Old Margaret, was tossed out when the asylum closed, but she is still seen wandering the halls.  Monte Cristo Homestead, New South Wales Monte Cristo Homestead is located 470 kilometers outside of Sydney and is considered Australia’s most haunted private residence. Ten ghostlike disturbances have occurred here. Visitors have reported strange lights, voices, and full-body apparitions; others have felt unwelcomed and were unable to walk up the stairs.  Fremantle Arts Centre, Western Australia Seen as one of the most haunted places in the Southern Hemisphere, the site was opened in 1864 and is known as the Fremantle Lunatic Asylum. This six-acre property originally housed people who were criminally insane, but it became a place for anyone suffering from social problems, drug addictions, alcoholism, or sunstroke. In 1900, one of the residents was murdered. One legend says that a woman, whose redheaded daughter was abducted, was admitted into the asylum when she couldn’t cope with her loss. Now, it’s claimed that her ghost is drawn to redheads, and  red-headed visitors often feel their hair being pulled. Q Station, New South Wales The “Quarantine Station,” renamed “Q Station,” was built in Manly, Sydney, during the 1830s to protect the public from the diseases coming in on migrant ships. Of the 26,000 people who stayed on that site, 600 died at the station before it closed in the 1980s. A psychic medium who recently visited the station reported that at least fifty ghosts roam the property, and visitors have said they’re often been pushed by unexplained forces.  Haunts are not limited by region, every community and every place has its own dark secrets. These secrets are what make each place unique and what entice people to seek them out. This world tour of the best haunts is something to put on your to-do list. Written by Hayden Wise Sources: www.nationalgeographic.com, worldstrides.com, www.rojakdaily.com, and www.optus.com.au