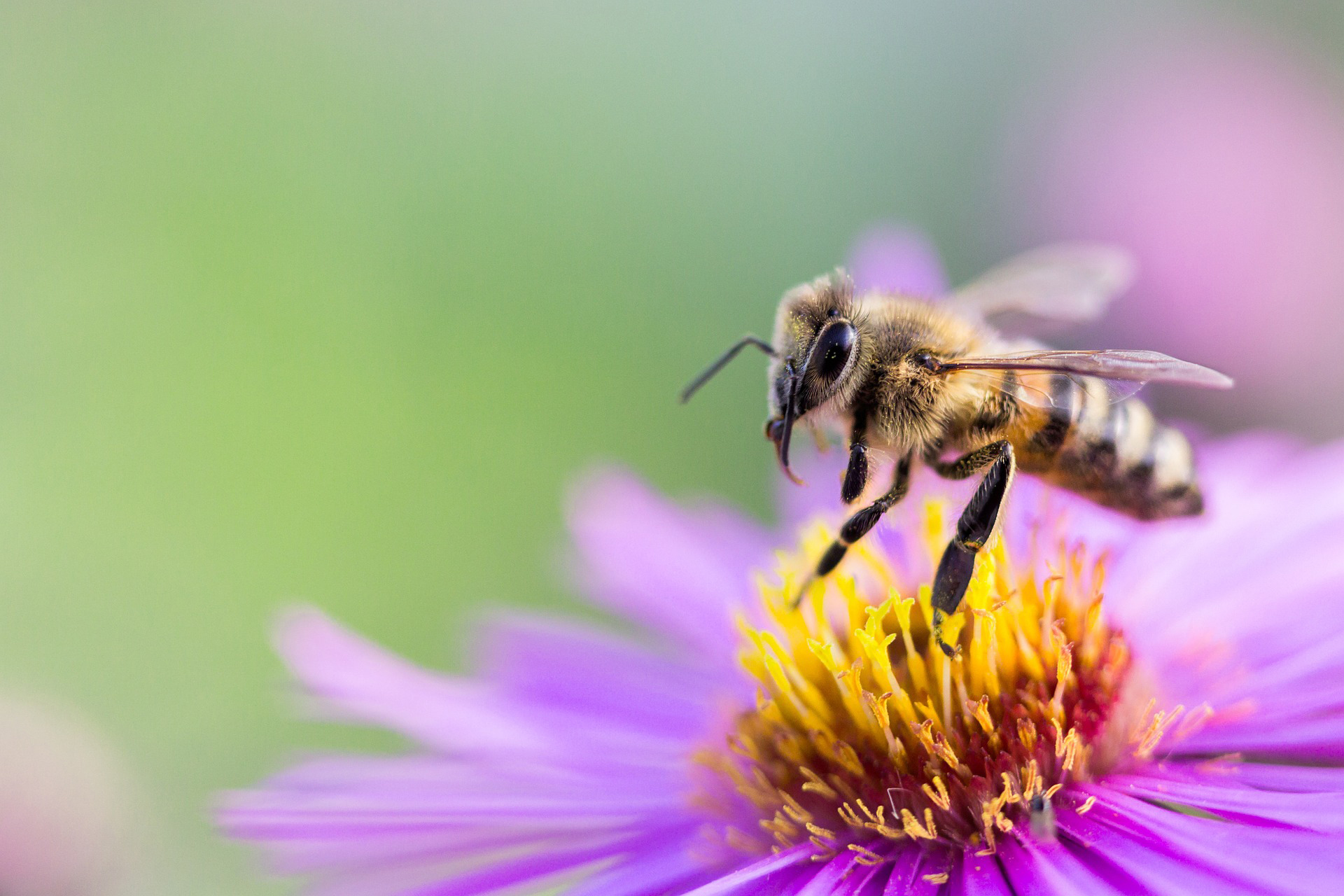 When is the last time you heard someone say they like bees? Probably never. That’s because they are disgusting. Their yellow and black exoskeletons induce fear, their stingers can kill people with allergies, and their wings buzz at annoyingly fast speeds. That being said, bees do have one slightly significant redeeming quality: they keep the human race alive.

That’s right, bees—those annoying, pesky, devilish creatures that terrify you at your family barbecue—are responsible for pollinating the world’s food supplies. In fact, according to the United States Department of Agriculture, one out of every three mouthfuls of food we consume comes with the help of bee pollination.

Not only is your survival in large part due to bees, but so are many of the things you enjoy while traveling. Think of the immaculate flower gardens you see around the world: Keukenhof, Netherlands; Gardens of Versailles, France; or the Brooklyn Botanic Garden, New York. Without pollination from bees, they’d be gone. Think of the plants you enjoy when you go on nature hikes, whether it be in the Redwood Forest in California or at Machu Picchu in South America. Without pollination, they’d be gone, too. Think about the restaurants you visit when you travel—you wouldn’t be able to order anything on the menu without the help of bee pollination.

And that’s why you should be concerned about the bee epidemic.

What is the bee epidemic?

When you hear the word “epidemic,” you likely think of mass hysteria, infectious diseases, and major crises affecting millions of people—not bees dying by the thousands. It’s probably the epidemic you’ve heard least about as well as the one you’ve cared least for. However, that doesn’t make it any less pressing.

In 2006, beekeepers began reporting severe declines in bee populations, which panicked agricultural departments across the globe. Researchers rushed to discover what was happening.

Why are bee populations declining?

Over the last decade, researchers had proposed many theories for this phenomenon. One of the most interesting theories is tied to cell phone use.

At one point, researchers believed that cell phone usage was directly tied to bee population decline. They thought the waves that our phones both use and emit were confusing bees and throwing off their innate ability to find their colonies. Though original, this theory has been debunked and has not stuck amongst scientists researching the topic. As a result, more traditional ideas have taken its place.

Researchers found several factors that contribute to declining bee populations. On their website, the Environmental Protection Agency (EPA) lists new invasive mites, parasites, and pesticides as threats to bee populations. Other factors include changes to bees’ natural habitat and stresses placed on bees when they’re transported for pollination purposes.

These threats all contribute to one overarching effect called Colony Collapse Disorder (CCD).

What is Colony Collapse Disorder?

According to the EPA’s website, CCD is “the phenomenon that occurs when the majority of worker bees in a colony disappear and leave behind a queen, plenty of food, and a few nurse bees to care for the remaining immature bees and the queen.”

So what’s the big deal? Why should we care if worker bees leave their colonies? The problem is that when they leave, they don’t come back. Without them, colonies do not have enough manpower to sustain themselves or protect larva from invaders, resulting in a colony collapse.

What has been done to save the bees?

The United States Department of Agriculture created a CCD Steering Committee dedicated to reversing the devastating effects of CCD. This committee, in turn, created the “Colony Collapse Disorder Action Plan.”

The committee is concerned with helping bees survive all four of these threats, but it focuses more attention on pesticides. After discovering the damaging effects of pesticides on bee populations, the EPA implemented a policy last year that, according to their website, “protects bees from agricultural pesticide spray and dust applications while the bees are under contract to provide pollination services.” This means that when bees are brought in to pollinate certain areas or crops, farmers are not allowed to bring the bees within reach of harmful pesticides.

What can you do to help?

The main game changers in this ordeal are people who actually work in the agricultural sector, like farmers. These individuals rely

heavily on pesticides that are necessary to protect their crops. However, there are bee-friendly pesticides that will minimize the bee epidemic. If you work in agriculture, please go to the EPA website to see how you can help prevent CCD.

However, if you’re not a farmer, you can still help by simply not killing the bees! It’s a simple yet unnatural concept. Our natural reaction when seeing a bee is often to run away or to grab our weapon of choice and exert dominance over the insect. Don’t do that. Instead, try lowering your boot and replacing your death threat with a silent “thank you.” After all, their survival is tied to your own.

Another option is to take up beekeeping. It may sound far-fetched, but beekeepers play a significant role in nurturing the comeback of bees from CCD. Not only do beekeepers create safe environments to grow local bee populations, but they also play a role in the scientific research done by the USDA and EPA. In fact, when scientists perform research, they often go to beekeepers and their colonies directly for samples and surveys.

Where are we now?

Luckily, honeybees are making a valiant comeback from CCD.The Washington Post published an article in August 2017 stating that the number of colonies in the United Sates rose from 2.8 million in 2016 to 2.89 million that year.

An article published by Time in the same month reported that this increase is in part because we are beating CCD is leaving the bees alone. The article reported a twenty-seven percent decrease in CCD colony collapses from 2016 to 2017. While it is fortunate that bee populations are rising and CCD is falling, bee colonies still face dangers from pesticides, invasive pests, and environmental changes. Bees are not quite out of the woods yet in terms of completing their comeback from CCD, but we can take comfort knowing that our food, flower beds, and overall livelihoods are in good shape with rising bee populations.

With this growth in the bee population and increased pollination levels worldwide, traveling is much better. Restaurants can put food on your plate, flower gardens will actually have flowers, and the hikes you love to go on will actually have some enjoyable scenery. So put down the can of Raid, grab your bags, and get out there.