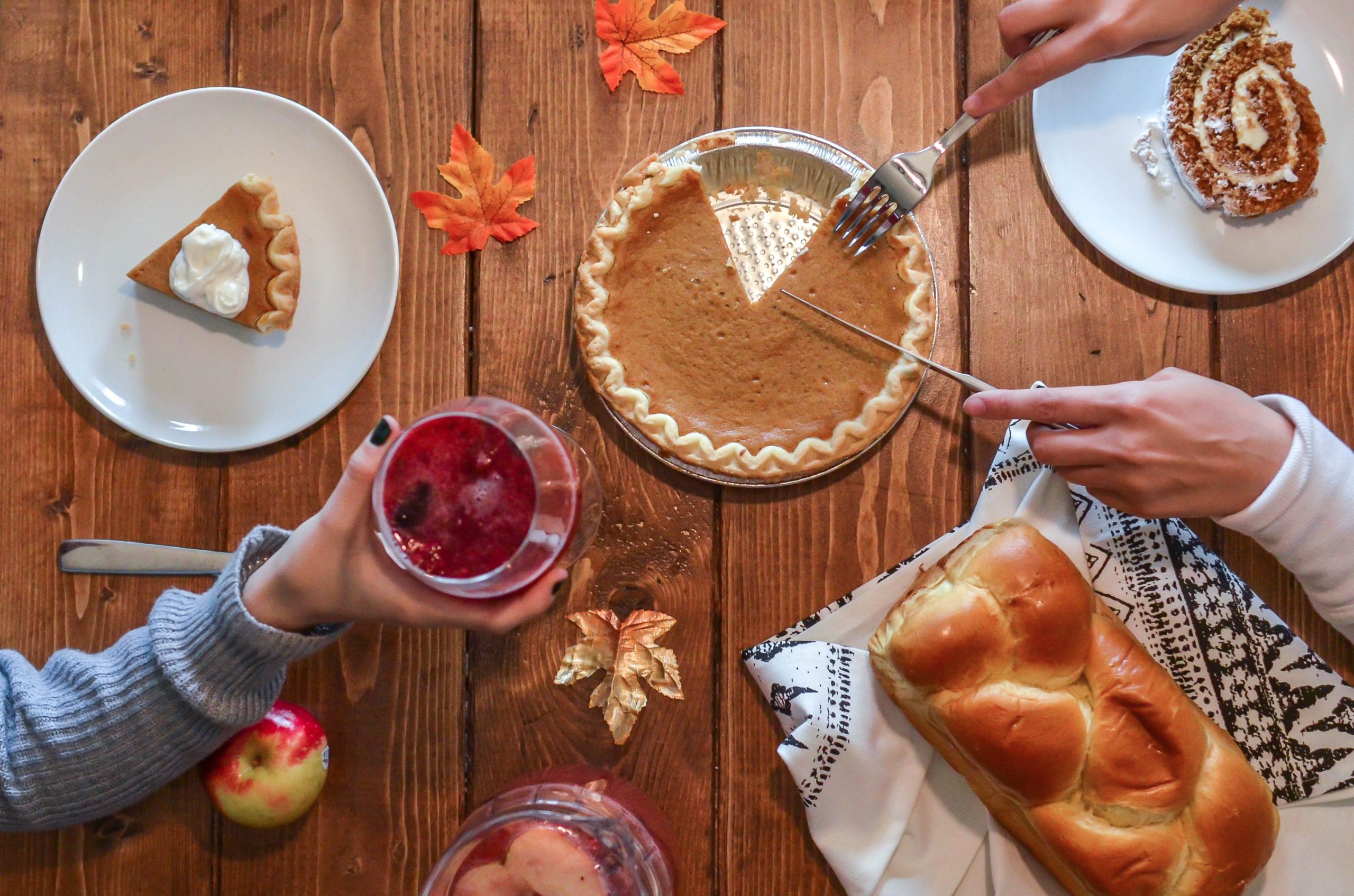 The day after Thanksgiving leaves Americans with an abundance of leftovers. Often, though people don’t know what to make with those leftovers, so they resort to turkey sandwiches and those last about a week. Spruce up your day-after-holidays with these quick and easy meals to repurpose your Thanksgiving leftovers.

Found on Peanut butter and Pepperswebsite, Jennifer shares an easy, fun twist to reusing pumpkin pie. Simply blend one slice of pumpkin pie, without the crust, one cup of milk, six ounces of Greek yogurt, and a dash of cinnamon until smooth. What was a dessert, now transformed into a yummy breakfast beverage.

The first record of pumpkin pie come from colonial times, but this “pie” was likely a soup made from and then served in a pumpkin. Not until the nineteenth century was pumpkin pies as we know it seen more widely in cookbooks.

Garner suggests that you first marinate the turkey to give more flavor to the stir-fry. Then you chop up the leftover veggies like Brussel sprouts and green beans, and put them in a hot pan. Add the turkey and some leftover wine or turkey dripping to coat everything. Let the food heat for 20 minutes.

Stir-fry first originated in China and was seen as a cooking technique not as a dish. As time has passed this, technique has spread to many western countries.

Courtesy of Food Network,Chef Duff Goldman presents this filling take on a Thanksgiving pizza. After toasting the pizza dough in the over, spread mashed potatoes over the dough and place shredded turkey on the mashed potatoes. Spoon on some cranberry sauce and top it all with stuffing rolled balls and a drizzle of gravy. Then bake the pizza at five hundred degrees for eight to ten minutes.

Pizza originated from Naples, Italy and was first made by a baker named Raffaele Esposito. Now there are many takes and traditions that revolve around pizza.

This Thanksgiving, leave behind your cold turkey sandwiches in favor of these original, filling recipes.