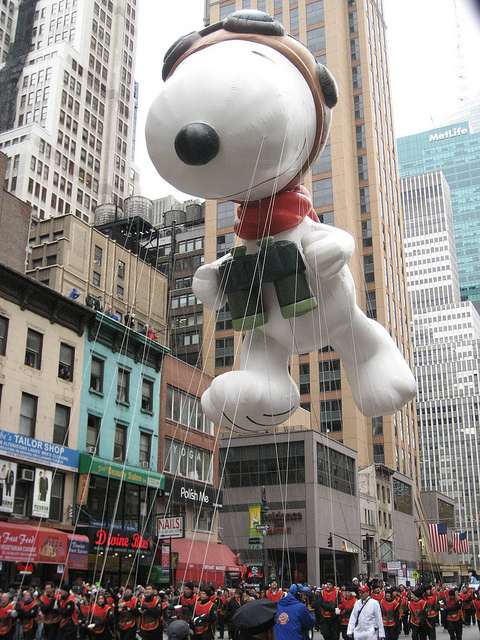 Although the parade takes place in Manhattan, New York, it actually began as a costume parade in Newark, New Jersey. It used to consist of live animals, bands, and floats. Beginning in 1927, the live animals were replaced by animal-shaped balloons.

The parade was so popular that by 1933, there were a million people who came to watch and experience the wonder of this event. The first time it was broadcast on television was in 1948, and it has continued to air every Thanksgiving morning ever since.

A staple for the well-known parade is the lovable beagle Snoopy who holds the record for the most appearances and most balloon versions at the event. After being left out last year, Snoopy is making his come-back to appear for the 37th time since 1968. Speaking of the importance of having Snoopy in the parade, a spokesman for Macy’s said, “It is part of the DNA of the Macy’s brand, it is one of the reasons that spectators from all over the world know the company.”

This year, along with Snoopy, we will see appearances from celebrities such as Diana Ross, Tony winner Anika Noni Rose, the Muppets of Sesame Street, Pentatonix, John Legend, and more.

Tune in at 9 a.m. EST and join the 44 million other people who will be watching.