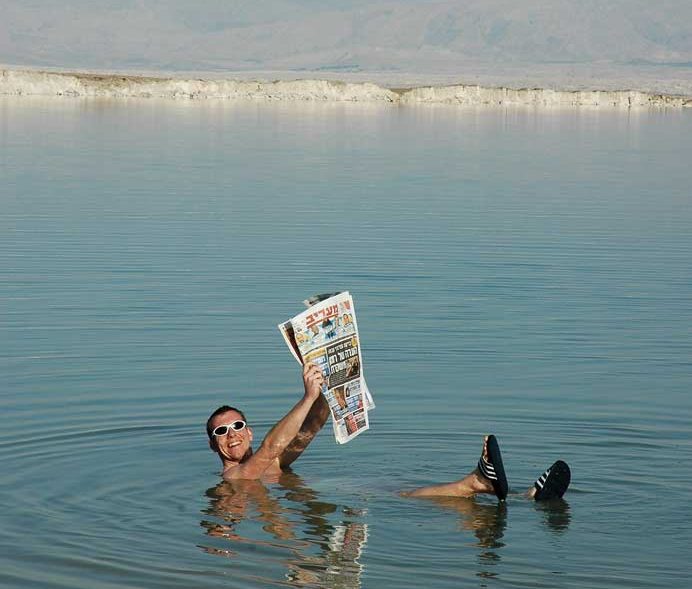 Never before has the deadness of the Dead Sea been more apparent.

Nearly 10 times saltier than the ocean and famous for the pictures of buoyant people reading newspapers, the Dead Sea is receding faster than ever. Five feet of water are lost every year, and it’s estimated to only have 50 years left before drying up. The Dead Sea may be known for the spa-like skin treatment it gives swimmers, but the Sea itself isn’t lucky enough to receive that same rejuvenating treatment. It’s dying.

Even so, Dead Sea tourism is thriving, gaining traction each year. The Dead Sea had about 1.8 million tourists in 2017—tourists that are likely contributing to the very forces degrading the fragile environment they journeyed to see. Paradoxical? Absolutely. But it’s reality for the Dead Sea. And it’s not alone.

Last chance tourism is the norm for many travelers today; it’s the travel market of embarking on “vanishing-earth” voyages to at-risk places that are quickly losing their stunning scenery and environmental diversity. Most of these places have been popular tourist destinations before, but numbers are rising as more and more travelers respond to a certain fear: time is running out for people to see these sites in the beautiful, vibrant, and unspoiled way they’ve long imagined them. 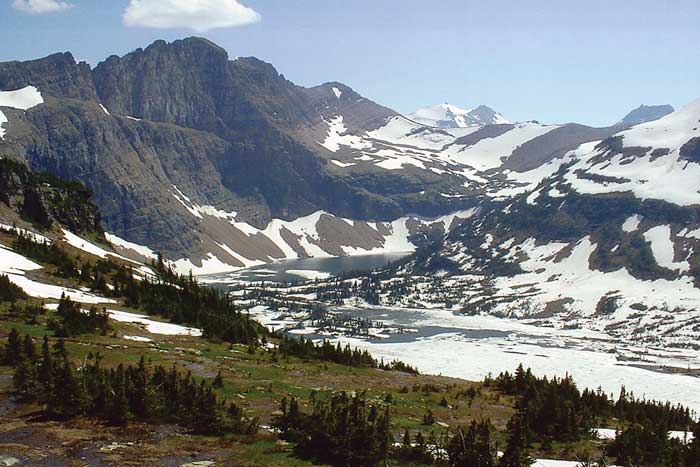 Among the hot “LCT” travel spots are the Great Barrier Reef, the Everglades, Madagascar, New Zealand, Venice, Glacier National Park, the Arctic, the Maldives, the Galapagos, and the list goes on. But there’s a lot of debate as to just how these destinations can survive the clash between a tourist’s wish to admire nature and the inevitable environmental damage done by the tourist’s visit.

The Why and the Draw

The destinations of last chance tourism are widespread and vary from shivering ice caps at the poles to tropical, fun-in-the-sun beaches. But there is one common theme: each site has some sort of ecological feat or claim to fame upholding their touristic appeal. The Great Barrier Reef has 1,500 fish species (or it once did) in addition to hundreds of corals and marine mammals. The Everglades is a 1.5-million-acre reservoir of endangered species like manatees, panthers, and crocodiles. Oceania has exotic plants and undiscovered species. Venice is a city with rivers for streets. You can explore huge glaciers left from the ice age at Glacier National, you can see countless species of lemurs in Madagascar, and you can effortlessly read the newspaper while in the salty Dead Sea. 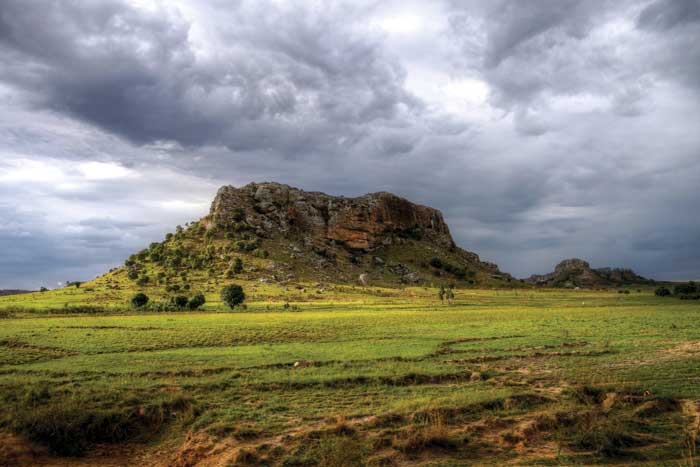 Madagascar Rock on the island of Madagascar. Photo by mariusz kluzniak.

Yet these are the same reasons that have motivated tourism to these sites for decades. Why the sudden uptick in eager travelers?

As the Sierra Club has stated, “climate change is dictating travel trends.” As the earth grapples with changing temperatures and the consequential ecological effects, environments that once seemed to be ever-present landmarks are now seen as fleeting rarities. So climate change—in tandem with social media proliferation and a growing middle class with greater means to travel more often and more widely—has upped the ante on visiting these ecological legends. 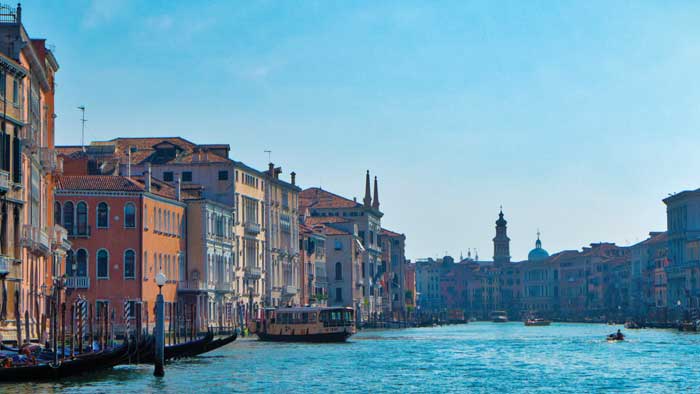 LCT sites are more than just stylish vacation destinations. They’re places facing real ecological threats and disappearing quickly. The impact of climate change and rising sea levels affects places around the globe: Venice is sinking two millimeters per year, five times faster than previously thought. Islands in Oceania and Antarctica could be gone by the end of the century. Glacier National Park, once boasting 150 glaciers, now has only 25, and even some of those are expected to be gone by 2030.

The sheer impact from the number of travelers can’t be overstated either. Carbon emissions from the tourism industry as a whole are also detrimental to these sites. The Great Barrier Reef is suffering from coral bleaching due to human threats like reef walking, dropped anchors, boat fuel, swimmer sweat, and loads of sunscreen. Half the reef has been killed in the last thirty years. The Everglades is also half the size it was a century ago due to bad farming practices and water pollution that speeds up degradation forces. Water diversion and the overproduction of fertilizer are leaving hotels and buildings that were once right on the Dead Sea’s shore now a mile away. Deforestation in Madagascar—80% of the original forest is gone—is threatening over 60 lemur species and other animals native to the island.

And yet tourists at these sites, while aware of the environmental fragility they’re visiting (it’s the impetus that drove many of them to go to begin with), still tend to show little concern for the environmental damages they may be causing. 70% of surveyed tourists at the Great Barrier Reef said that they were visiting to see the Reef “before it’s gone,” and yet they also expressed “low to moderate concern” about their ecological footprint on the site. It seems that tourists following the LCT trend—and governments eagerly pushing tourism for economic growth without thinking about the far-reaching effects—are blissfully ignoring the damage they do in order to promote and tour ecological landmarks.

It would seem that people should just avoid these environments altogether. But who wants to prohibit travel to such stunning ecological sites? Why discover, commend, and revere these sites if we don’t plan on visiting them? How should society balance the good-hearted desire to see and appreciate these ecotourism legends with the simultaneous damage our “smokeless” tourism industry does to them?

Solutions: Do They Exist? 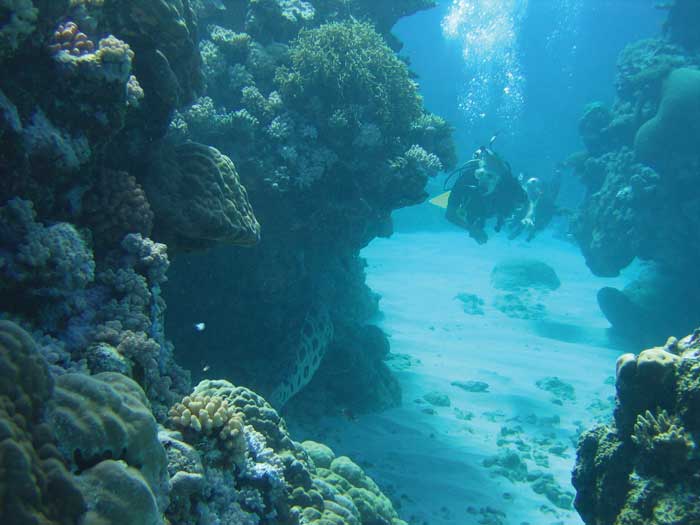 Scuba diver in the Great Barrier Reef. Photo by american_rugbier.

The initial shock value of last chance tourism may lead one to conclude that tourism and environmental preservation are incompatible. However, many have argued against such a fatalist view. More hopeful outlooks claim that tourism promotes advocacy for these environmentally fragile locales. While wishful, this view is not without validity: if last chance tourism can’t convert the hearts of its practitioners to champion green travel, it can still win over their wallets.

Tourism is a major economic booster for many countries, and turning tourists’ cash into funding for preservation may be the key. Tiffany Harrison, US Marketing Manager of STA Travel, notes that the millennial urgency to see at-risk sites leads to a rise in mindful ecotourism and sustainable accommodations, like green hotels. Preservation—just like travel—needs money, and who better to donate funds than the tourists pouring into these LCT destinations? However, trouble with the red tape of government may make this method a little too slow to be relied on as a quick savior of threatened locations.

Among the other proposed solutions are direct government actions and media awareness. Some governments are addressing the environmental fallout from increased tourism directly. In Peru, the idyllic Machu Picchu is at risk from both landslides and earthquakes. The degradation from huge amounts of tourists only raises those risks. To counteract this threat, the government is limiting the number of visitors allowed and trying to divert tourists to other Incan sites to relieve the pressure on Machu Picchu.

Additionally, the media has been solicited to advocate for these LCT sites. By explaining the environmental risks and providing information about leaving a positive impact when visiting, the media can decrease emphasis on the trendiness of LCT sites and instead create change.

But ultimately, the solution is probably bigger than any one tourist’s ecological footprint or any one site’s preservation efforts. Perhaps the best we can hope for is that each tourist donates a dollar, each trip fosters an advocate, and each LCT site teaches environmental awareness to its visitors—all together raising a greater fervor for environmental consciousness. Perhaps, the compound effect of each of those acts will slowly turn the tide and teach us to treat the nature we long to admire more kindly.

And maybe—just maybe—nature can be kind in return, as it bravely faces humanity’s contradictory need to travel across it and admire it, to neglect it and love it, to use and abuse it.