You will find happiness in every bite of European chocolate and candy. Full of rich, unique, and sweet flavors, here are some of the best chocolates and candies from Europe:

Milka is a velvety smooth, melt-in-your-mouth chocolate bar. This bar originated in Switzerland in the early nineteenth century when a Swiss confectioner added milk to his chocolate recipe, making the chocolate tender. It comes in many flavors such as hazelnut, biscuit, and caramel. Because Milka is produced primarily in Germany, you will most likely find it in German stores, gas stations, and grocery stores. It’s the Hershey’s of Germany—but better.

Hanuta is a chocolate to go nuts for! The hazelnut chocolate sandwiched between crunchy wafers is pure magic. This treat is named for its use of hazelnut: the word hanuta in German is short for haselnuss-tafel, which translates to “hazelnut bar.” The chocolate is made with real butter that accentuates the rich, nutty flavor. Ferrero has made Hanutas in Germany since 1959, and they are available all over Europe. Ferrero also makes many other delicious hazelnut chocolates that are to die for. 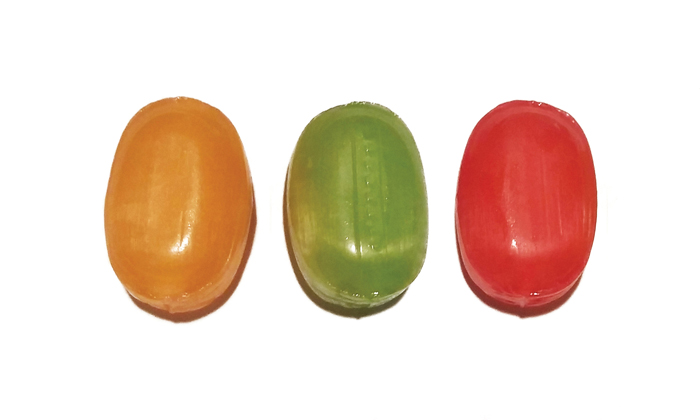 Zotz, a candy from Italy, may appear like a normal hard candy, but a surprise awaits within the fruit-flavored exterior. After you chomp and crunch, a chemical reaction causes the powder in the center of the candy to explode into a fizzing and foaming sensation in your mouth. The flavors include apple, cherry, watermelon, blue raspberry, grape, and orange. This unique and exciting candy is not only found in Italy but is also distributed in the United States.

Eating a Mozartkugel is like putting Mozart’s beautiful music in your mouth. Created in 1890 by a confectioner in Salzburg, Austria, a Mozart bonbon is a symphony of flavors: pistachio marzipan and a smooth hazelnut nougat are dipped first in milk chocolate and then in dark chocolate. This musical delight is wrapped in a foil with Mozart’s face on it. Every piece is an exquisite composition that you can purchase in many European grocery stores.

Stroopwafels are made from thin, dense wafers bonded together with brown sugar and caramel syrup. These delectable chewy treats originated from the Netherlands in the early eighteenth century. Wrapped and sold in stacks, Stroopwafels can be bought in some European grocery stores and from vendors at bazaars.

Tempting toffee, chewy caramel, crispy cereal, and crunchy biscuit are swathed and smothered in milk chocolate to form a Nestlé Toffee Crisp. This classic British candy bar was launched in the 1960s in Newcastle, England, by a company called Mackintosh that specialized in toffee. Mackintosh was taken over by Nestlé, but Nestlé kept the original recipe for the toffee crisps. Inspired by crispy treats and cake recipes, this candy bar is produced and sold only in the United Kingdom.

Give your energy and taste buds a boost with a blast of chocolate that packs a punch! Milk chocolate and chewy caramel encompass a filling of crisp biscuit and a soft chocolate center in Cadbury Boost Bars. These bars are sold in stores in England, Ireland, Australia, and South Africa.

The next time you go to Europe, don’t miss out on these delightful treats. You’ll be educating your palate and experiencing the rich history of expert chocolatiers and candy makers. Better yet, take a chocolate and candy tour of Europe. Combining the excitement of travel and European sweets would be a scrumptious adventure.