All for Malta: The Hidden Jewel of the Mediterranean 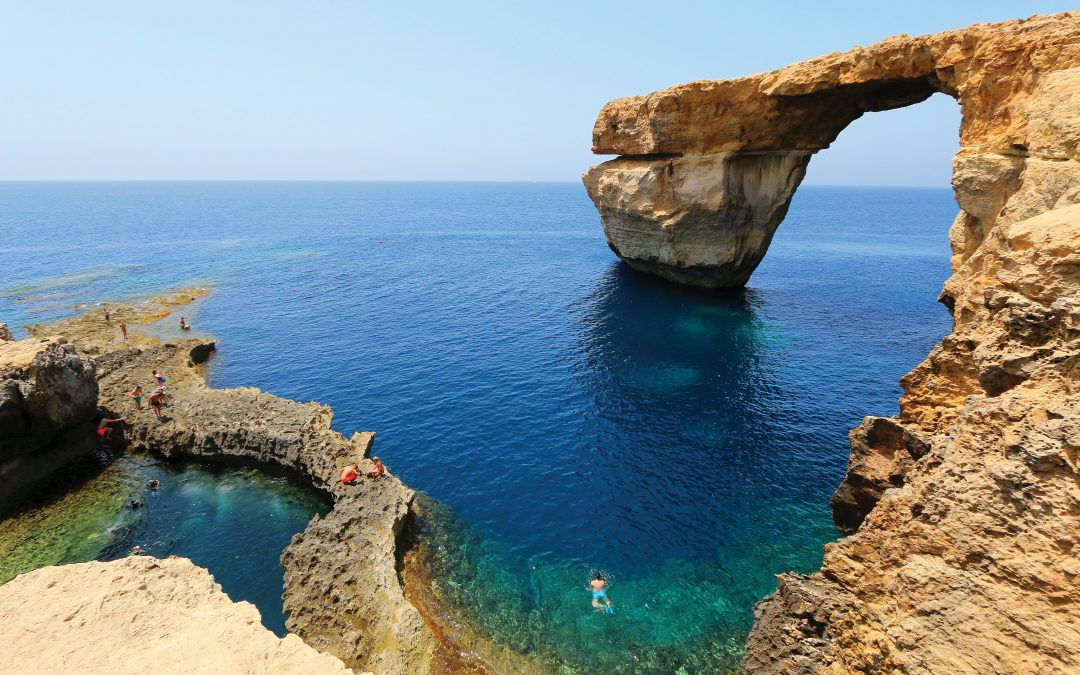 An archaeologist, a snorkeler, and a Game of Thrones superfan walk into a bar.

Just kidding. They walk into a sixteenth-century cathedral.

Enter Malta: an archipelago in the middle of the Mediterranean Sea abounding with ancient temples and subterranean treasures for the budding archaeologist, pristine beaches and hidden lagoons for the aquatically inclined, and richly detailed architecture and historical battlements that provide the perfect backdrop for extraordinary adventures. This beauty is packed into the three small islands of Malta, Gozo, and Comino that make up the country of Malta, together spanning less than seventeen miles. From ancient Neolithic dwellings to Phoenician settlements to relics left by Greek, Roman, Arab, Spanish, and British rulers, Malta’s many attractions proudly showcase its diverse cultural background. Layers of rich history combined with breathtaking landscapes make Malta one of the most exciting destinations for all types of travelers.

Let’s begin with the ancient Ġgantija temples on the island of Gozo. Built around 3600 BC, this impressive megalithic temple complex is older than the pyramids of Egypt and has been designated a UNESCO World Heritage Site. Ġgantija is the biggest of the many ancient temple complexes on Malta used by Neolithic peoples for fertility rites. You can visit the temples of Ħaġar Qim or Tarxien to learn even more about the archaeology of the island’s ancient inhabitants.

Next, spend a few days in Valletta, the capital city settled in the sixteenth century by the Knights of the Order of St. John. The influence of the knights is everywhere: Tour St. John’s Co-Cathedral for a stunning example of high baroque architecture, where every inch of nine intricately decorated chapels is gilded, carved, or frescoed. Then make your way to the Parliament building, the Grand Master’s Palace, St. James’s Cavalier Fort, and the National War Museum to get your fill of captivating artwork and military history.

Another must-see destination in Valletta is the Hal Saflieni Hypogeum, an underground necropolis from the same temple-building culture that produced Ġgantija. See what archaeologists have discovered about the beliefs of the seven thousand people who were buried in the hypogeum with a treasure trove of clay figurines, pottery, jewelry, and geometric carvings.

Following your tour of Hal Saflieni, watch the sunset and soak in the panoramic views of the Three Cities from the Upper Barrakka Gardens. The Three Cities—Vittoriosa, Senglea, and Cospicua—boast a skyline full of historical battlements, ancient forts, and charming coastal villages. You can take a sightseeing boat tour to learn more about the history of the people who fought off a great siege from the Ottoman Empire.

For more history, visit Mdina, the historical city of the nobility. Mdina is a walled fortress also known as the “Silent City” because cars are prohibited within its walls. Explore the city’s medieval palaces and monumental buildings on foot or take a guided tour to see several famous filming locations for the popular TV show Game of Thrones.

The Azure Window, a natural arch on the island of Gozo that tragically collapsed in 2017.
(Juan Antonio Segal, CC BY 2.0)

End your trip with a relaxing soak in the Blue Lagoon—you’ve earned it! The Blue Lagoon is a cavern of calm azure waters and soft white sands just off the island of Comino, a utopia for swimmers, snorkelers, and boaters alike.

Malta offers a serving of history with every slice of island paradise, so start packing your bags for a getaway you’ll never forget!

Claire Messud. “Malta, Where the West Was Born.”