All Shook Up over Death Week: The Wacky and Wonderful Ways Memphis Remembers its King 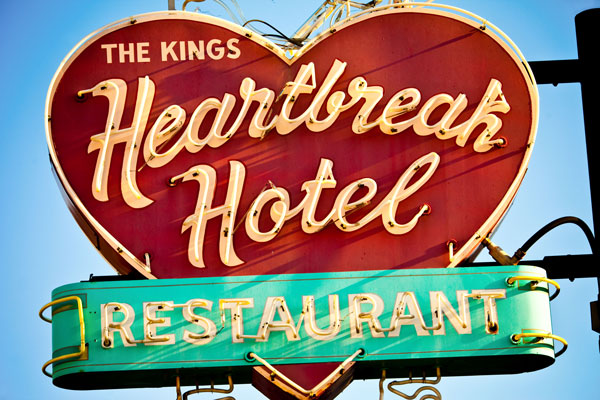 Memphis, Tennessee, is, without a doubt, home to the legacy of a royal. Not a crown-wearer, but a blue-suede-shoes-wearer. Elvis Aaron Presley passed away on August 16,1977, but has continued to leave his mark on the greater Memphis area in the 40 years since. His influence on Memphis, the city nestled right next to the delta of the Mississippi River, is unmistakable. From souvenir trinkets to restaurant menus, Elvis’s name and image are everywhere. 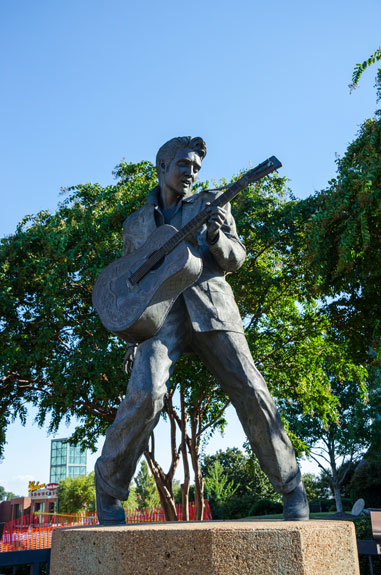 The famous Elvis statue, which can be found on Beale Street.

The city prides itself on the life and legacy of Elvis every day, but it really comes alive with Elvis-appreciation during the annual “Death Week” celebration in August. It is truly a spectacle—a time of mourning, of admiration, of tribute, of nostalgia, and of seeing Elvis impersonators in droves (picture the Las Vegas Strip). A tangible reverence, albeit laughable for all but the most devoted fans, settles over the land of the Delta blues. Thousands of Elvis appreciators from near and far flock to midtown Memphis to pay their respects to the King of Rock and Roll. Some come to relive their glory days, some come to pass the legacy of appreciation to their posterity, and some come merely to admire the impressive and somewhat excessive scope of the festivities for this well-loved musician.

The focal event of the celebration, one viewed as utterly bizarre by all but the most dedicated aficionados, is the Candlelight Vigil conducted near Graceland mansion (Elvis’s home that has become almost as famous as he is). At twilight, mourners gather to hold candles and bond over a singer and a time long gone. Another priority of many Death Week tourists is attending one or more of the many tribute performances and impersonation shows. These events may seem extreme to the uninitiated, but Death Week etiquette demands a somber respect for the sincere emotions experienced by the majority of attendees. In other words, poking fun is off-limits.

If you pay attention (or even if you don’t), you’re likely to see folks dressed up in clothes printed with Elvis’s face on them, clothes inspired by Elvis’s eccentric taste in patterns, and clothes meant to imitate specific well-known articles themselves (i.e.,any one of the many beloved white jumpsuits). Lansky’s, the famous clothing purveyor credited with helping Elvis develop his iconic style, conducts a brisk business during Death Week. 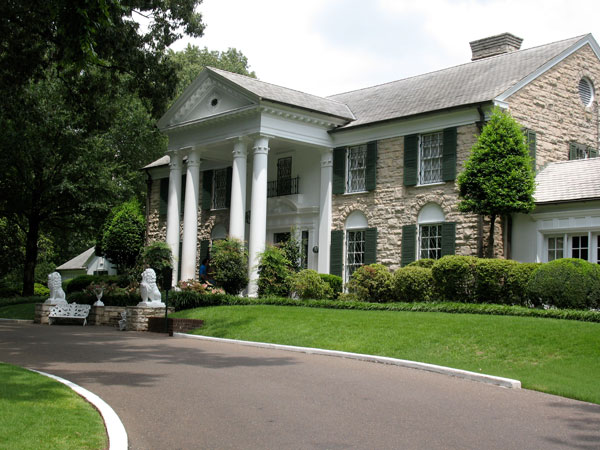 3717 Elvis Presley Boulevard (Graceland) bustles with fans as folks line up outside, going in and out. And the garden becomes extra fragrant as Elvis’s on-site “tomb” becomes piled high with blooms from fans of all ages: those who remember going to see the singer perform live, all the way down to those barely old enough to say his name.

Besides the events specific to Death Week, many fans wouldn’t consider their time in Memphis complete without a quick stop on Union Avenue for a tour of Sun Studios, where Elvis frequently recorded. Others make an annual trek down to Tupelo, Mississippi, to lay eyes on the site of the legend’s birth. An important ritual for some includes indulging in a classic fried PBBB. Elvis was a huge fan of the fried peanut butter-banana-bacon sandwich, and tons of his devotees make sure to champion Memphis’s myriad sandwich shops to ask for an “Elvis,” or one of the many other peanut butter and banana treats seemingly omnipresent in midtown restaurants.

Of course, if the grease and extremes of the Death Week celebration in Memphis aren’t for you, consider a making an Elvis playlist and munching on a simple piece of peanut butter toast in the comfort of your own home. No crying, blue suede shoes, or plane tickets necessary.

National Geographic, A Tribute to the King

The Guardian, Top 10 Elvis Presley-realted attractions and days out in Memphis