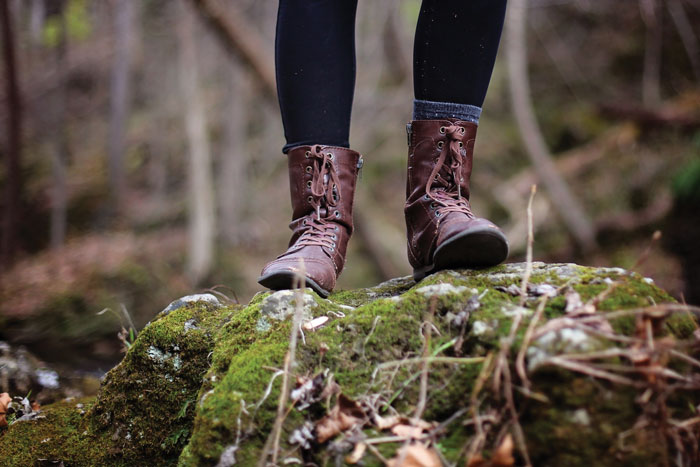 “The freedom to roam is the principle, protected by the law, that gives all people the right to roam free in nature. Sleep on mountaintops, by the lakes, in quiet forests or beautiful meadows. Take a kayak out for a spin or experience the wildlife firsthand. Pick berries and mushrooms and flowers from the ground – all completely free of charge. The only thing you have to pay, is respect for nature and the animals living there.” —Visit Sweden

The toes of my thick hiking boots peeked hesitantly off the boardwalk. My friend was already a few paces ahead of me, tromping off trail with his camera handy and exclaiming something about “squishy moss.” My American instincts told me to stay on the designated path and respect the property by not stepping on it—but that notion doesn’t apply to Swedish land.

In Tyresta National Park, as in most of Sweden, you are free to walk anywhere. Mushroom treasure hunts, beach strolls under the midnight sun, and spontaneous jaunts up coastal peaks are not only allowed but protected by law. 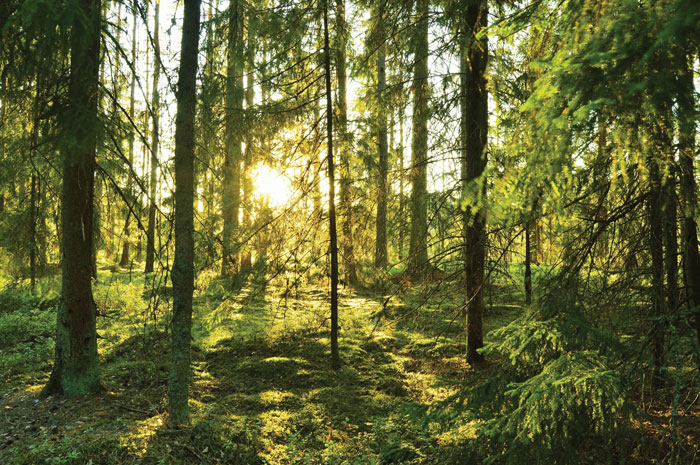 Brilliant sunlight through a Swedish forest. (Photo by Grizzlybear-se)

Free access to land is a deeply rooted cultural heritage that was provincial law in the Middle Ages and, as of 1994, became part of the Constitution of Sweden. The constitution officially grants that “everyone shall have access to nature in accordance with allemansrätten.” In other words, the general public has the right to access public and privately owned land for recreational use.

The Swedish phrase “allemansrätten” literally translates to “the everyman’s right,” so this freedom to roam applies not only to native Swedes but to every visitor. In fact, the entire country of Sweden is listed as a place to stay on Airbnb because they want everyone to come and enjoy allemansrätten!

The Constitution of Sweden is surprisingly vague about the specifics of allemansrätten because it’s a culturally understood concept for the Swedes. Luckily, other sources give specific guidelines for visitors.

You have the right of access to any land with the exception of land under cultivation, private gardens, and the immediate vicinity (230 feet) of a dwelling house. While some special rules understandably apply for protected areas like nature reserves, those rules may not be as strict as you’d guess. 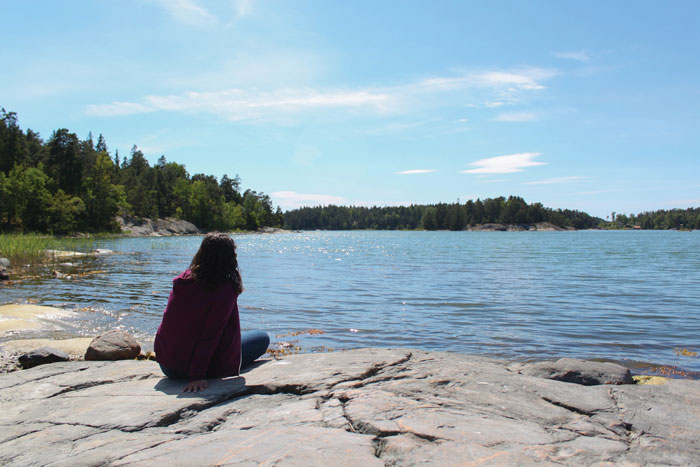 You can walk, cycle, cross-country ski, and ride horses across the country. Along the way, you can pick wild flowers or snack on berries and mushrooms, which are especially abundant in autumn. Campers can stay for up to two nights in the same spot and then take their tents elsewhere for longer trips in the countryside.

You can swim in any lake, and unpowered boats are welcome on any body of water. Those who are calmed by the rocking motion of waves can even enjoy spending the night on the lake. Those willing to brave the cold can enjoy ice skating on the same waters during the long winter. Any time of the year, you can fish in the five big lakes and along the coastline. Shoreline walks, whether along the beach or a lake, are permitted so long as you respect the private residences nearby.

This incredible right to roam comes with an emphasized responsibility to take care of nature, respect the wildlife, and be considerate of other people, both landowners and fellow roamers. The guiding rule, as endorsed by the Swedish Environmental Protection Agency, is “Don’t disturb – Don’t destroy.”

There is no hunting of any kind. You must also take care to avoid damaging vegetation: don’t tear up whole plants, strip trees of bark, or remove too much moss.

Campfires are allowed when conditions aren’t too dry, but it’s a bring-your-own-firewood system. Cones and twigs that are on the ground are fair game, but you can’t chop or tear anything down for your fire. When building your fire, avoid doing so on a rock because you’ll crack the rock, which counts as destruction. 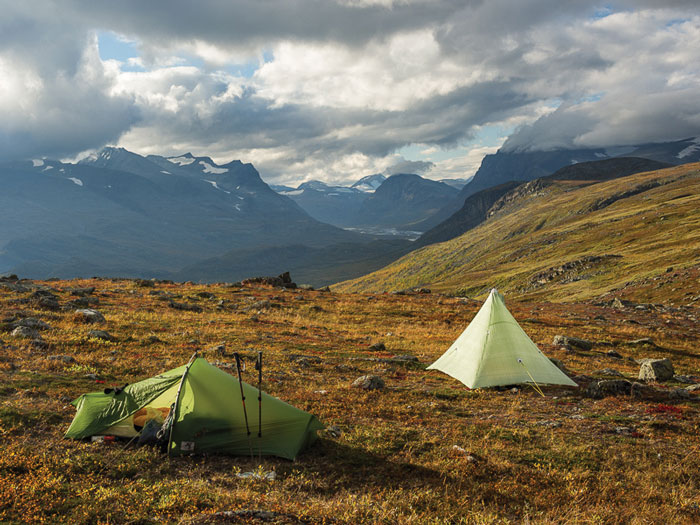 Even making too much noise is generally discouraged because doing so would disturb other nature-roaming visitors. Respect for nature and for others is deeply ingrained in the “freedom to roam” culture, and you must take care to comply with the responsibilities that come with your rights.

“Freedom to roam” laws also exist in many other places: the other Nordic countries (Norway, Finland, Denmark, and Iceland), the Baltic countries (Estonia, Latvia, and Lithuania), some countries in Central Europe (Austria, Czech Republic, and Switzerland), and Scotland. Each country has its own unique guidelines though, so be sure to research before roaming.

Wherever you choose to go, roaming will expand your horizons and enrich your experience. Show the locals that you respect the lands as much as they do, and you might get the inside scoop on the hidden gems of the area.

The natural beauty of the mountains, fjords, meadows, forests, moors, and archipelagos awaits you—don’t be afraid to take your first step!