The Traditional Temples of Taiwan 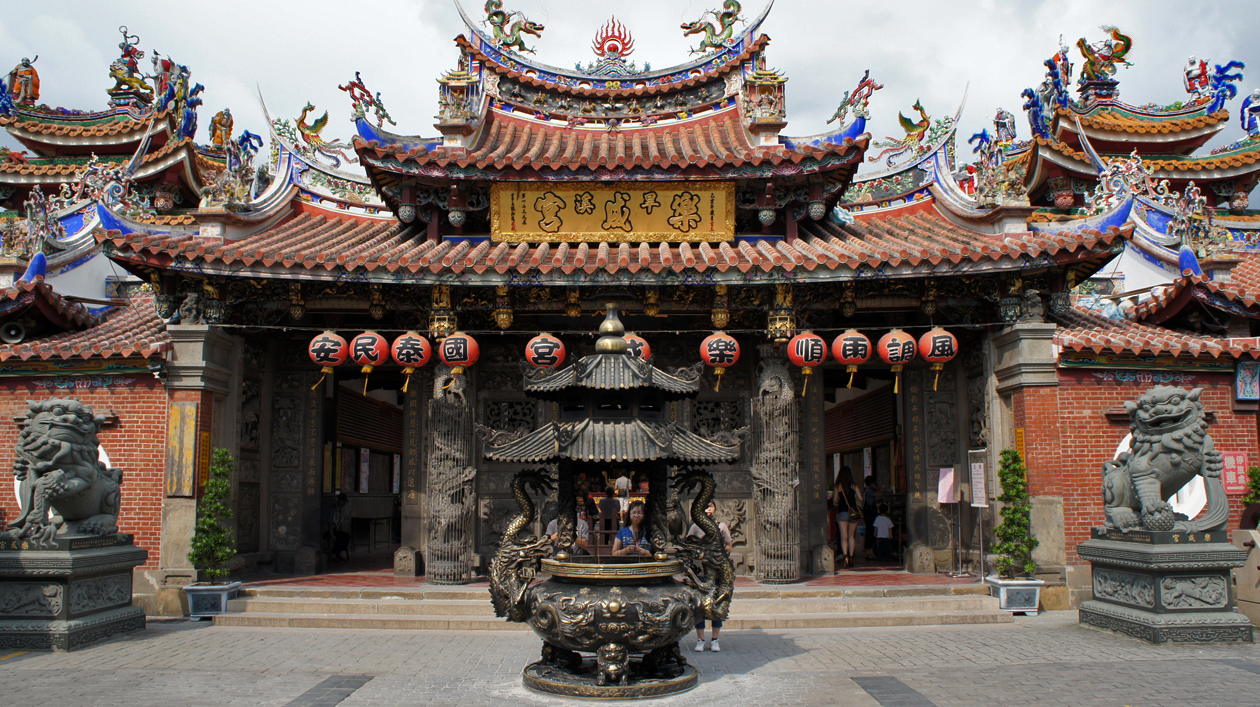 Above the entrance of Taizhong City’s Lecheng Temple, there hangs a blessing on painted lanterns: “The wind harmonious, the rain soothful—the country prosperous, the people peaceful.” This blessing greets the thousands of visitors who come to the temple to worship Mazu—a goddess who protects sea travelers and fishermen, as well as being an important figure in the traditional folk religion of southern China’s coastal areas. The Lecheng Temple, constructed in 1791, is one of the oldest temples in central Taiwan—with parts of the temple shimmering in Qing Dynasty architecture.

The temple’s plaza typically has a few vendors, but during the days surrounding both the Chinese New Year (usually in February) and the date of Mazu’s birth on the lunar calendar (usually in early May) the plaza is filled with people celebrating and vendors selling musical instruments, jewelry, and snacks. Temples such as Lecheng are not only places of worship, but locations of social gathering.

Other traditions have their own temples, such as the quaintly walled gardens of the Confucius Temple in Tainan City. In a more rustic location in Gaoxiong, the monastic campus of Buddha Light Mountain boasts statue-anointed hilltops. These monasteries remain as popular local tourist locations, as well as housing several hundred Buddhist monks and nuns. Many of the locals will gather to such temples to worship—sacrificing food and using incense to pray. Other visitors—believers or not—are welcome to reverently move throughout the halls of these temples.