The Ghost Warrior of Sutton Hoo 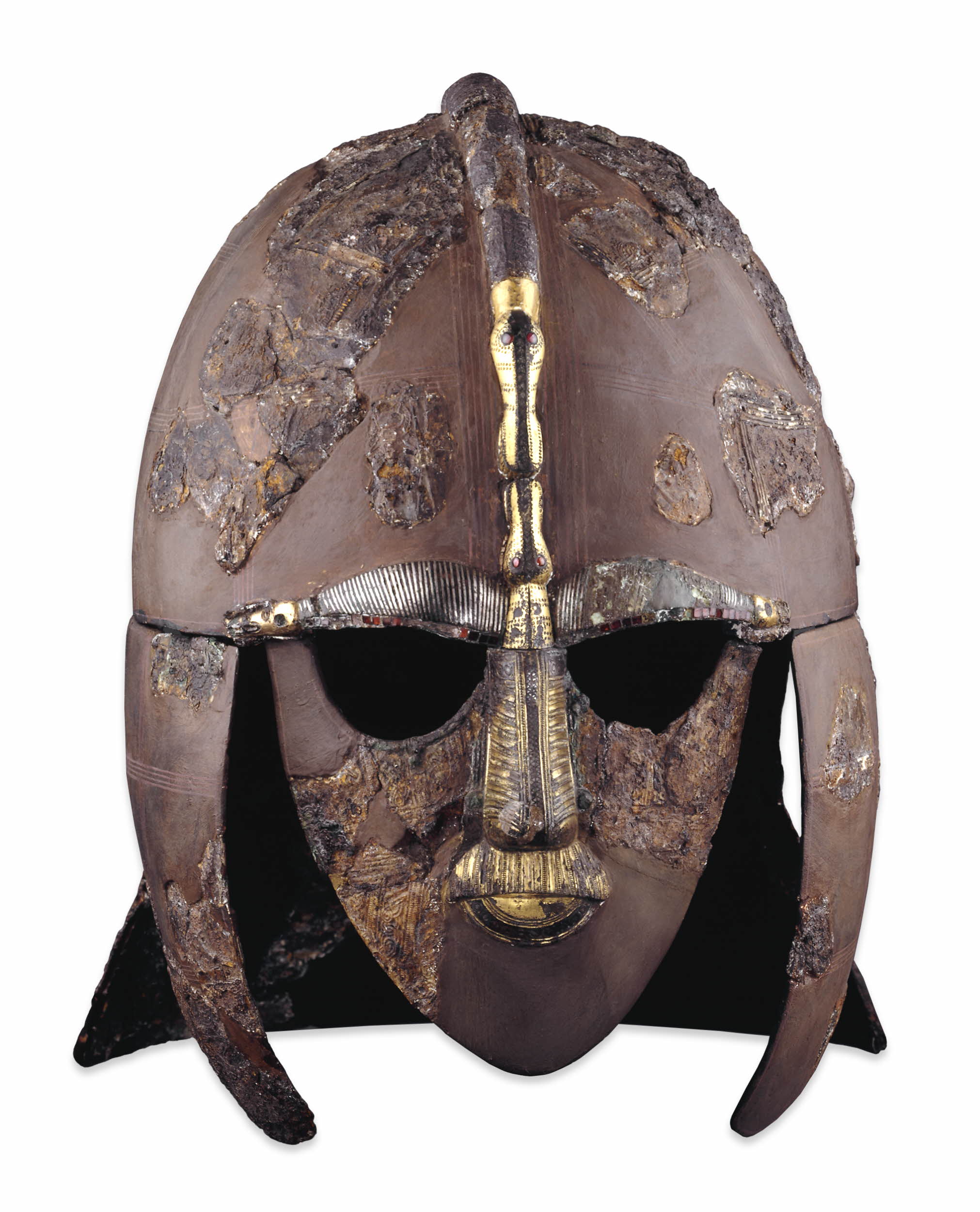 The treasures of Sutton Hoo might never have been uncovered without the help of a ghost. In early nineteenth-century Suffolk, England, the widow Mrs. Edith Pretty maintained an estate where many ancient burial mounds were located. Because burial mounds in the area had a history of being pillaged and robbed, she did not have any reason to search the mounds on her property. Then a series of events took place. Legend has it that an ancient warrior appeared to her in a vivid dream and plunged his sword into one of the mounds. Pretty’s friend also saw ghostly figures of warriors on top of the mound.

Pretty contacted self-taught archaeologist Basil Brown to come excavate. His team discovered an untouched burial mound of an ancient king. It was an Anglo-Saxon ship burial (the Anglo-Saxon people were similar to the Vikings). The archaeologists found the imprints of a magnificent ship (it had rotted away by then). Archaeologists believe they buried their ships because they symbolized a ship to be a living dragon. Inside the ship were items the Anglo-Saxons believed their king would need in the afterlife: a shield, a helmet, a splendid sword, treasure, status coins, and much more.

One of the most impressive findings was the Sutton Hoo helmet. It is a famous work of art that matches the descriptions in the epic poem Beowulf. In the poem, King Beowulf and his thane, Wiglaf, fight a dragon. Beowulf is mortally injured, and his last wish is to see the treasure, which consists of gold, weapons, tapestries, and helmets. Not all the descriptions in the poem were mythical—the poem describes a helmet in detail that looks just like the Sutton Hoo helmet. Because of this discovery, we can use the poem to learn more about Anglo-Saxon warriors. For example, we know they lusted after treasure, revered dragons, and glorified fighting.

Not only is the helmet an amazing connection to Beowulf, it is also an amazing artifact that tells us more about the ghostly warrior king of Sutton Hoo. The helmet is connected to a face mask. The facial features make a dragon with garnet eyes and gnashing teeth. The eyebrows of the face mask are the wings, the nose is the dragon’s body, and the mustache is the tail of the dragon (see picture above). With a dragon’s face on a ferocious mask, the warrior king would have been truly terrifying in battle!

There is ample evidence that Pretty saw his ghost. At least four relatives and Mrs. Pretty’s friends stated she found the mound because of ghostly intervention, as well as Basil Brown and his fellow archaeologist, Stanley West. No one denied the tale. She had nothing to gain from the story—she did not make a profit. She donated all the findings to the British Museum, and she turned down an honor for doing so. The treasures are still in the British Museum, thanks to her. Sutton Hoo was discovered at the right time and by the right person. It makes sense that there really was a warrior ghost, King Raedwald himself, who wanted us to learn more about his history and the Anglo-Saxons. And what we learned from the findings was incredible!

Next time you are in the UK, visit this famous destination. The site has a visitors’ center with both original artifacts and replicas on display. You can take a tour of the reconstructed ship burial chamber. And the surrounding area is gorgeous, too. Nearby is Glastonbury, with the castle on a hill where King Arthur is believed to have been buried. These places are rich with history.

The appearance of the warrior king of Sutton Hoo is a really, really good ghost story. Would the barrow have ever been found without ghostly intervention? Do the ghostly warriors of Sutton Hoo still walk today?

Did you get goosebumps? I hope so.

(Photo by © Trustees of the British Museum)