The Mountain That Eats Men 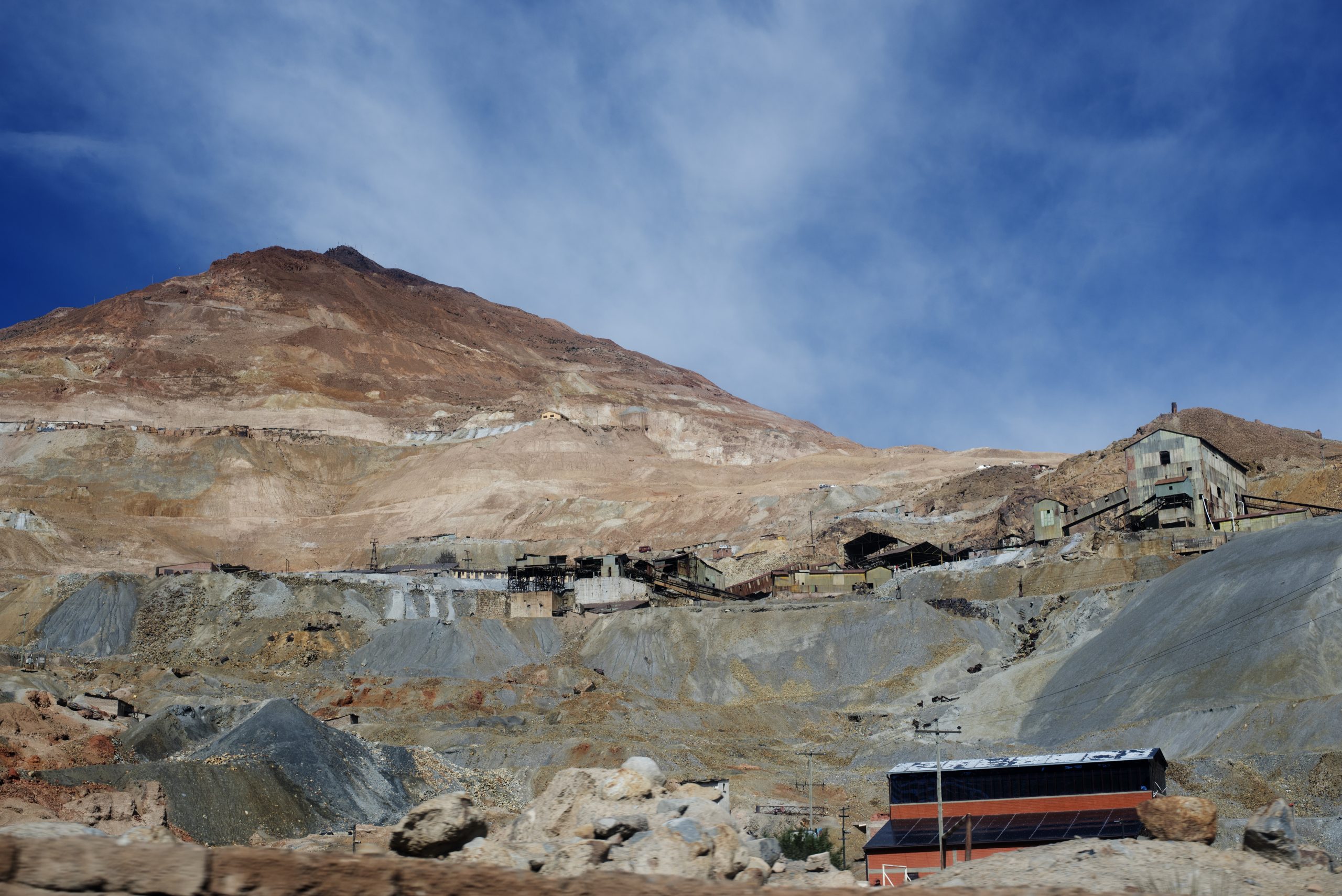 Nestled in the mountain Cerro Rico in the Bolivian Andes is the small town of Potosí. Once the location of the largest silver mine in the world, Potosí is now only a shadow of the great city that once flourished above tree line. Located at 13,420 feet (nearly twice the elevation of Machu Picchu), this city has relied on silver for hundreds of years, because no trees, fruits, vegetables, or even bugs can survive at this height. One thing that has survived among the miners, however, is devil worship.

Alexis Hullinger, a photography student at Brigham Young University, shares her experiences at Potosí and her plans to save the dying city. She first encountered the town while on an 18-month mission for The Church of Jesus Christ of Latter-day Saints in Bolivia, and she returned in May of 2017 to document the town through photography. Hullinger spent the first six months of her mission in Potosí, which she says is very different from the rest of Bolivia, in part because of the mining culture that is so prevalent there. In fact, a sign at the entrance to the mine reads, Sin mineros, no hay Potosí, or, “Without miners, there is no Potosí.”

The History of Potosí

The legend of Cerro Rico began hundreds of years ago when a man lost his llamas on the mountain. The story goes that by the time he found them, it was too late to go home, so he decided to stay on the mountain for the night. When he built a campfire, however, the ground underneath it melted and he realized that the mountain was rich with silver and ore.

From then, the natives used silver for everything. A museum in Potosí shows that they used silver to make nearly anything they could think of, from utensils to saddles, because it was so abundant. But when the Spanish arrived in Peru, the Peruvians quickly communicated that, while they had little themselves, their northern neighbors were blessed with a silver mine. The Spanish went north and took over the Bolivian city, mercilessly forcing the people to mine the silver so that they could send it back to Spain. So many people died in the mines that Cerro Rico is still known as “the mountain that eats men.”

Since the Spanish left in the early nineteenth century, Potosí has been subsisting off the mine. Only small pockets of silver are left over from the Spanish exploitation, so now the mine is mostly used for mining sulfur, copper, tin, and other minerals.

Now there are around 20,000 miners, and a main part of the mining culture is devil worship. The miners believe that the Pachamama (a Quechuan goddess that equates to Mother Nature) lives in Cerro Rico and that the Quechuan lord of the underworld, the Tío, will impregnate Pachamama with minerals for the miners if he is worshipped every day as they enter the mines. Even though many of the Potosí claim to be Catholic, the Catholic church in the town hasn’t been opened in 50 years. The Potosí have a saying: “Christian above ground and devils underground.” Because of this attitude toward the Tío, it seems as though the mountain not only eats the lives of these men—it eats their souls as well.

The mountain has 3,000 mine openings, although only 1,500 are active. Some date back to before the Spanish arrived—the one that Hullinger visited opened around the year 1640. In every mine entrance there is a Tío idol made of stone. The idols differ in each mine—some are intricately carved and some are just a mound—but all have horns, eyes, an open mouth, and prominent genitals. Each miner covers the Tío with alcohol and stuffs its mouth with coca leaves (the main ingredient in cocaine) and cigarettes. After paying this unsettling tribute to the devil of the mine, the miners’ work day starts.

Since any food brought into the mine becomes toxic, the men have to eat a huge meal before they go in to work at 7:00 AM, and they don’t eat until they get home after 7:00 PM. To abate their hunger, many men chew on coca leaves. The leaves have a similar effect as cocaine: they suppress hunger, have anti-nausea properties, and act as a stimulant. At the end of the work day, the men go back down the mountain to their village and often resort to violence or alcohol after their long shift. Hullinger saw a very obvious difference between the miners who truly worshipped the Tío and those who do not. The miners who do not participate in the devil worship generally do not abuse drugs and alcohol, and they are more active in their families’ lives and in their religious communities. However, she relates that the devil worshippers get dangerously drunk, abuse drugs, and disrespect women; they act like the creature that they worship. She remembers being required to be home by sunset for her own safety.

The Tío in the Mine (Alexis Hullinger)

“The lifestyle is very telling of who they worship,” Hullinger says. “If [they] were Christian all the way down into the mines, [they] would not do the things that they do, but they have a very real belief in the Tío.”

The Future of Potosí

Despite the terrible things she’s seen as a result of the devil worship, Hullinger went back to Potosí in May to photograph the town, the mountain, and the mines. “The town is dying, the mountain is collapsing, the people are leaving,” says Hullinger. “Everything revolves around that mining culture. I want to document it before it’s gone.” Families that have lived in Potosí for generations are leaving to find better work, and the mountain is unstable after hundreds of years of mining. She wants to educate people about the town and its history before it’s too late.

However, that’s not her only mission. Hullinger hopes to one day open a school and clinic where women can go to learn a vocation and children can receive basic medical treatment. While the Potosí men can become miners as early as 14, the women often end up marrying young, with few prospects and many children. Hullinger believes that a school could drastically improve the lives of these women: they could learn Spanish (most grow up speaking the native Quechua) so they could communicate with people in other regions and gain skills to provide for their families. The clinic would also provide vaccines for children. Most people in Potosí do not get vaccinated or practice basic hygiene, so many children die of very treatable diseases like whooping cough.

Potosí has a rich and vibrant history and culture. Hullinger hopes that humanitarian efforts and broadened knowledge of the town will improve the lives of the people of Potosí, so that one day the devil worship can be eradicated.