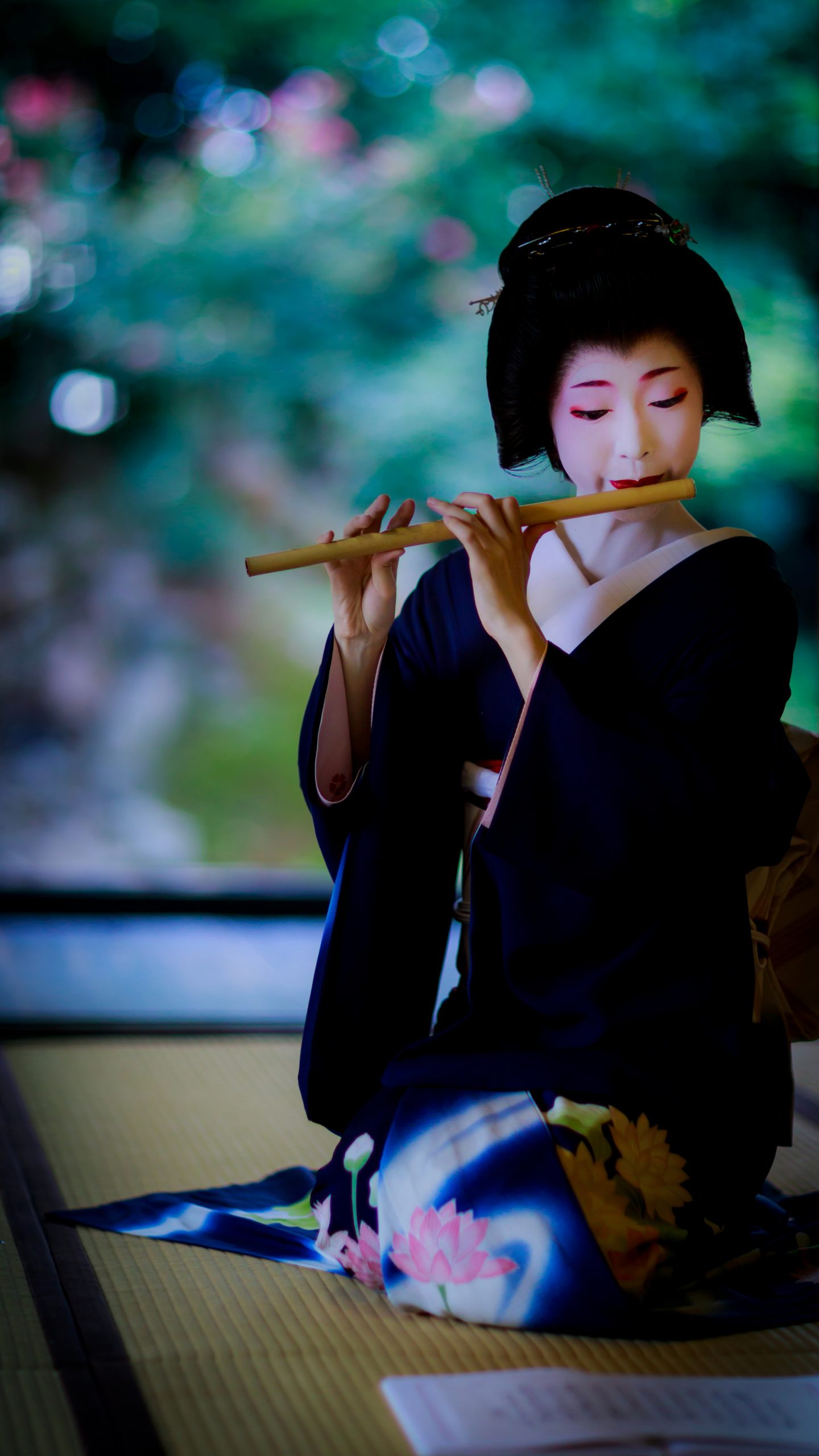 “Next stop is the geisha district,” Peter said before remounting his bike and leading us across the street. I pedaled behind him and thought about what I knew about geisha. I knew that they wore kimonos. I knew that they painted their faces white. I knew that there was a Hollywood movie about a geisha that my mom wouldn’t let me watch. That’s all. And because that movie had been labeled “bad” in my middle school brain, geishas had been too. But I was about to learn the truth and come to respect and admire the geisha culture.

We were on a bicycle tour called Cycle Kyoto, riding through the streets of Kyoto, Japan, and stopping at notable sites to learn some history and interesting facts about Japan. Peter, originally from New York but now fluent in Japanese, was our tour guide. He gave us incredible insights into life in Kyoto. The tour was a diverting educational experience, very different from the classroom education I was used to in college.

We rode down the alleyway of Gion (pronounced ghee-ohn), one of the biggest geisha districts left in Japan. To me, the street we rode along didn’t look any different from others in the city, but I did notice that the roads were especially quiet and peaceful. I sensed the deep and rich history of the place. Geisha have existed in Japanese culture since the 1700s, during the Edo period, and those roots bring a sense of nobility to Gion.

Our cycling group stopped in front of the school for maiko, or geisha in training. As Peter told us about the lifestyle and culture in the geisha district, we saw maiko walking by in their kimonos, conversing and smiling as they entered the building. We learned that young women choose for themselves to enter geisha training around the age of sixteen. In earlier times, poverty required some families to send their children away, and because the life of a geisha promised comfort and stability, parents would send their daughters there out of necessity. Although that is no longer the case, the practice led to the misconception that geisha are young women who have lost their freedom. But as the maiko passed us, I could see the commitment and contentment in their faces. They were happily pursuing a career in something they enjoyed—just as I was doing at my chosen university.

Another misconception about geisha is that they engage in prostitution. This is not true. One source of this myth could be the activity of Japanese prostitutes during World War II; some dressed like geisha and called themselves geisha to attract American soldiers as customers. But they were not true geisha—true geisha are not prostitutes. Prostitution is illegal in Japan, while being a geisha is an honorable profession.

Peter explained to us that geisha are artists and entertainers. They dance, sing, and play traditional Japanese music. They are also trained in the art of conversation. Wealthy clients hire geisha to perform music and dance at banquets or even to dine with them at expensive restaurants in Gion. Geisha are respected and honored for their skills and eloquence.

Because geisha are unique and because so much mystery surrounds their culture, tourists seek them out and love to take their pictures. Many tourists do not realize that they are actually photographing other tourists! People pay to have a “geisha makeover” and then get to walk around the city in costume, sometimes with a professional photographer documenting their experience. Peter said that if we see geisha accompanied by a photographer, we can assume they are not authentic geisha; real geisha don’t travel the streets being photographed. Another key difference between real and fake geisha is the way they walk. Maiko and geisha wear tall wooden sandals that are difficult to walk in. Geisha are trained to move very gracefully, Peter pointed out, so if we see someone stumbling awkwardly along or needing help to make her way down the street, we can know that she is a tourist.

On our way through Gion, we had the uncommon privilege of seeing two real geisha. They were returning home from what Peter said must have been a rare afternoon appointment (geisha usually work in the evenings). They were beautiful, poised, and graceful. I admired them and their commitment to their craft. No longer did I think geisha were bad. I learned the truth of a beautiful piece of Japanese culture.

Being in Gion and feeling the strength of the culture and history reminded me how important it is to expand our vision of the world. Next time you are traveling, discover the truth about something you may have previously misunderstood. And if you are in Kyoto, take a stroll through Gion to see the maiko talking and laughing on their way to class, and know that you are seeing respected artists in the making.