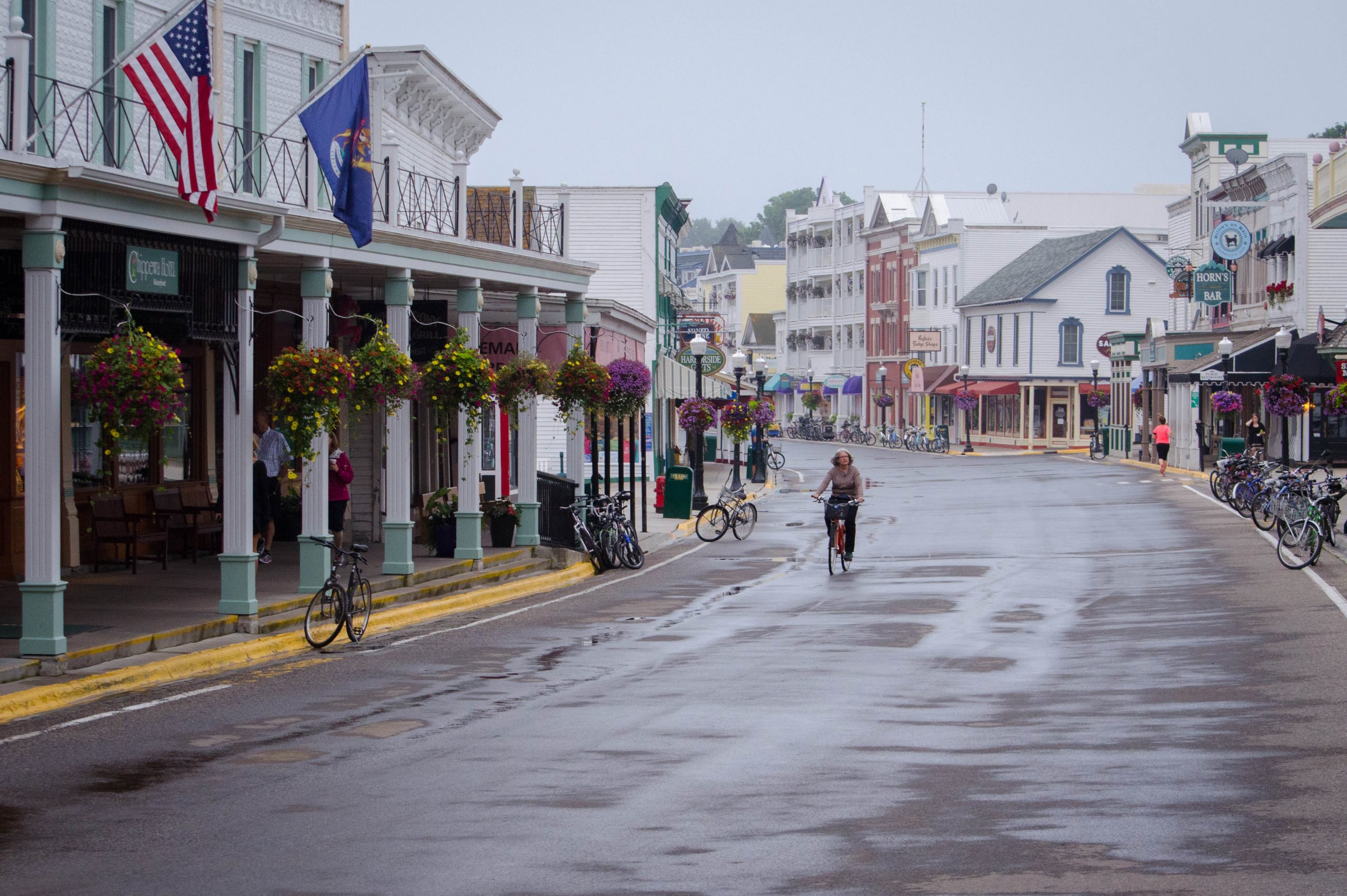 Nestled between the Upper and Lower Peninsulas of Michigan, Mackinac (pronounced MACK-i-naw) Island lies untouched by recent decades. Victorian-era houses line the downtown streets, and the only highway around the island is teeming with tourists on bicycles. More than a dozen fudge shops inhabit the island, which make for good stops after exploring caves and old army forts. This quaint island, measuring only 3.8 square miles, is a popular summer getaway and an unforgettable weekend destination.

Despite its size, Mackinac Island is home to an impressive number of attractions. The ferry to Mackinac departs from both the north and south sides of Mackinac Bridge (which, contrary to the name, is not connected to Mackinac Island itself). The only way to travel on the island is by foot, bike, or horse. Almost all vehicles have been banned from the island since the end of the nineteenth century, and since then, there has been only one auto accident, in which the island’s police car rear-ended the ambulance.

When heading to the island, the most pronounced view is of the Grand Hotel along the coast. Erected in 1887, it is most known for its appearance in the 1980 film Somewhere in Time. The historic and photogenic hotel is open for business and hosts a variety of events and celebrations. It resides close to the legion of fudge shops that line the main street. There are at least 15 of these decadent fudge shops, each with marble slabs as big as dinner tables that are used to craft the treats. The marble is essential to the fudge-making process, as it draws the heat from the melted chocolate when firming up. Some shops offer dozens of flavors, such as turtle, chocolate sweet black cherry, and Michigan honey butter, alongside the traditional chocolate and vanilla.

Up the hill from the main hub of downtown lies Fort Mackinac, originally built by the British to protect their settlements during the American Revolutionary War. The island fort was chosen for its strategic placement in the Great Lakes, essential for control of the lakes in the War of 1812. Many of the modern-day attractions at the fort herald back to those days, showcasing what the buildings were like back in their heyday. Costumed soldiers give tours, show off highlights of the area, and even lead dances as live musicians play historically appropriate music. Cannons line the walkway overlooking the coast, and is a must-see to any visitors to the island.

Outdoor enthusiasts will love the scenery, as well as the engaging transportation around the island. Cyclists dominate M-185, or Main Street, as the road hugs the eight-mile coast all the way around the island. Aside from the popular stops downtown and at the fort, there are also several geological formations that draw attention. Arch Rock, a natural limestone arch, is the most popular for pictures. Other interesting formations include Sugar Loaf, a singular limestone pillar in the middle of the island; Skull Cave, a small cave historians suspect to be a burial site; and Devil’s Kitchen, two partial alcoves atop one another, coated in soot from fires.

All in all, Mackinac Island has a plethora of things for everyone to enjoy. From the treats to the trails, the experience of this unique island will be a favorite memory in years to come. Adventure awaits!